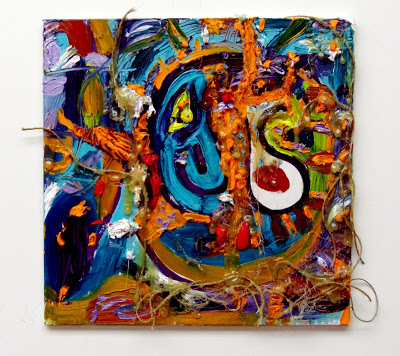 (Once for a Thousand Years)

Saw a land called Chile, a man named Pinochet
Who was dancing that way thanks to our CIA
Saw a ghost named Allende behaving so friendly
He was killing me gently ever so absently

Took one look at Brazil, the USA off the pill
Indigenous still to kill, still adding the bill
Saw Rio de Janeiro from the ground in a turbo
All the tinshack condos on Free Enterprise Row

Sailed to old Venezuela on the back of a white whale
Left a petroleum trail delivering the U.S. mail
Then dancing a cumbia went to Colombia
Quoting Rumi and creating Vietnamia

Just got back from new Grenada acted like the Marquis de Sade
Used tiny island for cannon fodder, killed a bunch of sons and daughters
Ran into St. Stanislaus on his way back from Panama
Reading George Bernard Shaw on his way to the Mardi Gras

Yanqui, Yanqui, Yanqui
More stubborn than a donkey
You get the drools such able fools
And continue till you are the ghouls
Strangling your own freedom rules
And tearing down with all your tools
Gone to lengths that are so honky
Why are you like this Yanqui
Too fond of hanky panky?
Which are you Drac or Frankie
Have you lost the art or lost your heart
You’re leaving out the peaceful part
Why are you like this Yanqui
are you asking for a spanky
What makes you so blamed cranky

Butcher Bloc Bingo (Once for a Thousand Years)

This entry was posted in Rag Bloggers and tagged Imperialism, Latin America, Poetry. Bookmark the permalink.