Call to Action: Stop the Criminals on Television 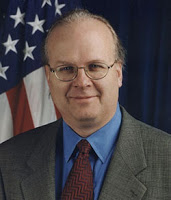 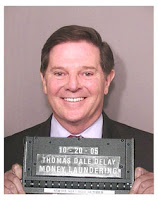 Paul Krugman, among my favorite political commentators, has spoken forthrightly of how during the past few years we have had “monsters” in office, naming Tom Delay, Karl Rove and Dick Cheney. He complains that until recently, if an observer simply called them what they are, he or she was termed “shrill.” (h/t Daily Kos).

I could not agree more. But I’d like to take this discussion out of the realm of commentary and into that of action.

It is unacceptable that television news brings Tom Delay and Karl Rove on as bona fide political commentators, when both are criminals. The same thing goes for Oliver North. Delay has been indicted on corruption charges and had to step down from his seat in Congress. Rove led a campaign to have the press out a covert CIA operative who was attempting to stop Iranian nuclear proliferation, essentially blowing her cover and that of her contacts to Tehran (i.e. he is a traitor).

There was a time when individuals so tainted with crime made themselves unacceptable in polite society, including on television.

Instead, these monsters are being given air time. CNN brought Delay on to accuse Barack Obama of being a “Marxist.” To have that shameless embezzler given a platform to smear an honorable man just made my blood boil.

Folks, we need an organization that can blanket the corporate media with emails of complaint every time they bring on a criminal and parade him as a legitimate commentator. If they blow us off, it would be time to get up some advertiser boycotts.

This rehabilitation-by-media of criminals is one way the country keeps being shifted to the right every time the people find their voice. The Right gives a comfy perch on television to looney embezzlers and burglars and then wages campaigns with big money behind them to discredit even centrist leaders not in their back pockets.

I do not advocate criminalizing politics. I am not saying anything glib, such that all Bush administration figures are ipso facto criminals and should be denied a public voice. The United States government is a large bureaucracy and lots of civil servants and military have to serve whatever administration the public votes in. There are and were people on Bush’s National Security Council, e.g., who are honorable and trying to do their best by the United States.

All that I am saying is that where someone has to resign in disgrace and is actually indicted on serious corruption charges, like Delay, that should make that individual poison to television news! The Rove case is a little trickier, since he has not been indicted. But the Fitzgerald investigation showed that he tried to do something that was technically illegal. Presidential pardons also muddy these waters. Elliot Abrams lied to Congress over the Iran-Contra affair, but was pardoned by Bush senior and then actually let onto the National Security Council by W.! But a responsible citizen watchdog group could surely come up with a fair gauge of gross criminal or ethics violations that should put the individual out of the business of commenting on daily politics to millions of viewers.

Note that corporate media is much more careful about sexual scandal than it is about other kinds of crime. A politician or public figure so much as accused of sexual impropriety is often considered off limits (CNN’s Aaron Brown once sidelined Scott Ritter that way, over a date gone bad). Presumably this caution derives in part from fear of the emails they would get, and threats of advertiser boycotts, from the relgious Right.

Liberals have let themselves be walked all over by the Right, which is mostly much better funded and organized than the American Left, for too long. In part, it is because we are tolerant of a wide range of speech in a way that the Right is not. But I am not arguing for restricting the range of speech. People with Delay’s or Rove’s views deserve a hearing in the public sphere. It is just that we have no obligation to give a soapbox to monsters and criminals.

So the next time you see CNN or ABC, e.g., interview Tom Delay with a straight face, send a protest email and scream bloody murder and notice which corporation paid for Delay to be on the public airwaves. But better yet, can’t we form a facebook page for this with alerts, and get organized about it?