Calling to Task Those Who Disregard the Constitution 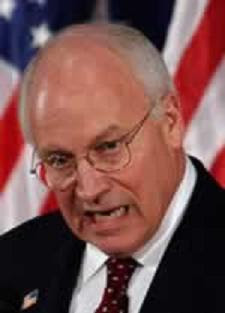 Cheney, Torture and the Chance to Restore the Rule of Law
By John Nichols / April 12, 2008

The Constitution of the United States is absolutely clear when it comes to matters of torture.

Amendment 8 specifically states that, “Excessive bail shall not be required, nor excessive fines imposed, nor cruel and unusual punishments inflicted.”

Acts of torture are by definition and common understanding — certainly at the time of the drafting of the nation’s essential document and arguably even in this less-enlightened era — cruel and unusual punishments.

Vice President Dick Cheney, when he assumed the second most powerful office in the land after the disputed election of 2000, swore an oath to “support and defend the Constitution of the United States against all enemies, foreign and domestic” and to “bear true faith and allegiance to the same.”

Any reasonable reader of that oath would conclude that Cheney bound himself to abide by the Constitution — and thus to avoid any involvement with the promotion of acts of torture upon detainees of the United States government.

Yet we now know from revelations made by former senior intelligence officials to ABC News and the Associated Press that Cheney and other members of the administration — who apparently took care to insulate President Bush from a series of meetings where CIA interrogation methods were discussed — authorized the use of waterboarding and other generally recognized torture techniques.

There is no question that Cheney violated his oath of office, which bound him to support and defend a Constitution that he disregarded.

The question is: How will responsible Americans respond?

The power to hold Cheney to account rests with Congress.

The power to get Congress to act rests with the American people.

Former Salt Lake City Mayor Rocky Anderson, a respected lawyer who has been working with a number of other Constitutional experts and activists, has responded — not just to Cheney’s trashing of the Constitution but to the long list of Bush administration wrongs.

Anderson is circulating a letter that reads:

We believe in respecting basic human rights – and have been proud to distinguish our nation from those countries where people are kidnapped, disappeared, and tortured.

We believe that in a democracy likes ours, citizens are entitled to know whether government officials are living up to their oaths to defend and preserve the Constitution, and whether they are abusing the human rights of people here or elsewhere in the world.

This is not a partisan matter. It is a matter of responsible citizenship.

Recently, several conscientious members of the House Judiciary Committee, including the Chair, Congressman John Conyers, have indicated support for public hearings to investigate and disclose the facts concerning claims of illegal conduct and other abuses of power by members of the Executive Branch. If misconduct has occurred, the American people are entitled to know. If misconduct has not occurred, hearings will determine and disclose that as well.

By showing that the American people – without political partisanship – support the disclosure of the truth through public hearings, we can make a difference, together standing up for the truth, the rule of law, and our Constitution.

• We are entitled to know whether members of the Executive Branch misrepresented the facts and withheld crucial information, thereby deceiving our nation and the international community before the invasion of Iraq.

• As American citizens who value the system of checks and balances among the three branches of government, we are entitled to know whether that system has been seriously undermined. We are entitled to know whether the courts and Congress have fulfilled their important constitutional roles in investigating and disclosing the misuse of Executive power.

• Our nation has engaged in the unprecedented, illegal, and immoral kidnapping, disappearance, and torture of human beings around the world (some of whom have been proven to be innocent of any wrongdoing), with no due process, in complete secrecy, and with no accountability. Even US citizens have been held in prisons indefinitely, with no legal counsel, no trial, and no charges filed against them. As Americans, we are entitled to know what has occurred in connection with these human rights abuses. In our democratic system of government, there must be full accountability.

Speaking out together, as concerned, patriotic Americans, we can send a clear message to Congress: In the United States, the rule of law must prevail, our Constitution cannot be disregarded, and the fundamental morality to which our nation has always laid claim will be restored.

Anderson asks that Americans who support the principles outlined in this letter — as I do — go to his Restore the Rule of Law website and sign on.

Signing this letter, says Anderson, who has opened an important dialogue about the Constitution and White House accountability with Conyers and other key players on the Judiciary Committee, “indicates to Congressman Conyers, other members of the House Judiciary Committee, and Congress as a whole that you support efforts to investigate and disclose any illegal acts and abuses of power by the President and others in his administration. Declare to the world, and to our posterity, that, as a US citizen:

• You are speaking out to reaffirm our democracy.

• You demand accountability for those in our government who have disregarded our Constitution, violated statutory law, or engaged in immoral human-rights abuses.”

Anderson’s is an authentic patriotic response to the latest revelations about Dick Cheney’s disregard for the Constitution.

Go to the Restore the Rule of Law website and sign on and do what Cheney did not: support and defend the Constitution of the United States against all enemies, foreign and domestic.

Source / The Nation / The Rag Blog