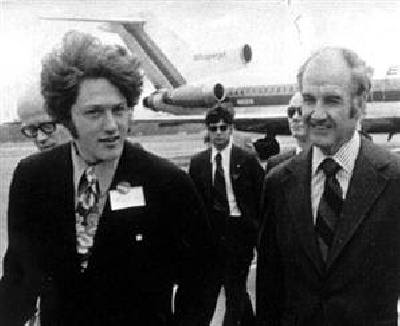 One of the most common complaints among progressives is that we don’t have a vision of how to actually change the world.

But to paraphrase Marx, it seems to me that our goal shouldn’t be to just change the world (especially given the abuse of the word “change” in the current election cycle). Instead we ought to transform it.

And in fact, in recent months, the word “transformative” has been popping up with some frequency – usually in reference to Barack Obama.

Is there any truth to this claim, or should we just chalk it up to hyperbole? Certainly if Obama is elected, he would steer America in a fundamentally different direction than Bush has taken us these past eight years. And the fact that Obama would be the first black president in American history could result in a transformative shift in the way that our nation deals with racial issues. But if we look at the likely contours of an Obama administration in comparison to, say, Bill Clinton’s eight years in office, can we reasonably expect that Obama might be a “transformative” president?

Apart from Obama’s views on NAFTA and other free-trade agreements – which are more enlightened than President Clinton’s were — the modest nature of his economic program simply doesn’t offer convincing evidence that the Illinois senator would be all that different from Clinton (either Clinton for that matter) when it comes to running the economy or setting the nation’s spending priorities. Similarly, Obama has given little indication that his foreign policy would differ significantly from either Bill Clinton’s or George H.W. Bush’s (whose foreign policy Obama recently praised).

Ironically, the Democratic presidential candidate who can most help progressives bring our vision of transformative change into sharper focus is a man who ran for president 36 years ago. By looking back to the unfulfilled promise of George McGovern’s 1972 presidential campaign, we can learn some valuable lessons for the long journey ahead.

For starters, we can see what a genuinely transformative political program looks like. McGovern’s platform was nothing less than visionary. In fact, McGovern was the most progressive major party candidate for president in American history.

In 1972 McGovern ran on a platform that not only called for an immediate end to U.S. involvement in the war in Vietnam (on Inauguration Day!), the senator from South Dakota also proposed an “alternative military budget” that included deep cuts in military spending – with the bulk of the savings going toward efforts to end poverty and fund programs that would guarantee a decent paying job to every American who wanted to work.

According to a Time magazine story from Feb. 14, 1972: “The heart of McGovern’s platform is a plan for income redistribution and tax reform and an alternative defense budget. Perhaps no presidential aspirant since Huey Long has proposed so sweeping an economic change as McGovern’s tax and income program.”

One of the main reasons the Democratic Party wound up nominating such an overtly left-leaning populist was because McGovern’s insurgent candidacy generated a nationwide grassroots movement that was fueled by opposition to the war. That movement was every bit as politically potent as the one that has mobilized support for Barack Obama in 2008.

For those progressives who fear that without a highly charismatic candidate like Obama, it would be next to impossible to mount a successful, substantive campaign for the Democratic nomination, McGovern’s first-round victory at the Democratic convention in Miami in July 1972 provides concrete evidence that it can be done.

While the 1972 campaign had the potential (if McGovern gone on to defeat Nixon) to radically transform American society while also having significant international impact, an Obama victory in 2008 would lead to important reforms in the years ahead.

Looking further down the road, eight years of a successful Obama presidency could serve as a bridge to another potentially transformative moment in American history – in, say, 2016. But in order to win that election, progressives would have to go into overdrive to lay the ideological and political groundwork needed to achieve such far-reaching changes.

For this to occur, the president who follows Obama would need to be ideologically committed – as McGovern was – to a program that includes deep cuts in military spending along with substantial economic redistribution. With the trillions of dollars that would eventually be freed up because of these new policies, we would finally be able to transform not only American society, but much of the rest of the world as well.

Ken Brociner’s essays and book reviews have appeared in Dissent, In These Times and Israel Horizons. He also has a biweekly column in the Somerville (Mass.) Journal.

This entry was posted in RagBlog and tagged Bill Clinton, Democratic Party, Obama, Presidential Campaign, The Left. Bookmark the permalink.