Can We Stop the Destruction? 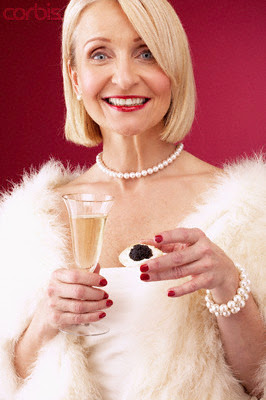 The world is standing on its head. Logic and reason are gone. Humpty Dumpty had a big fall and is sliding downhill faster than has ever been seen in the times of so-called civilized life on earth.

Humane priorities are ignored by the dirt-covered oligarchs who decide over the future of our all but condemned planet. The best people with a sound intellect and an intact sense of compassion can do nothing in this up-side down world but write and speak about what ought to be done to save the people, to save the planet. Nothing makes sense any more. Biotechnical corporations are poisoning the planet, the arms industry is supplying the means for the extermination of millions of harmless people every year. Money is directed to warfare and other lethal pursuits and the huge fortunes amassed by the oligarchs is sterile money that doesn’t contribute in any way to the solution of the global problems that are destroying the planet.

Living a good life, a life of loving and caring, of imagination and artistic creation, is not seen as being of any value. Only profit has some value. Make profit and you are entitled to the good life. So say the profiteers. What good life? Living enclosed in your palace and constantly fearing that you are going to lose your millions on the stock exchange.

Nature is being destroyed by human greed. A human life is having an ever decreasing value. Propaganda has replaced information, education is being starved, history is being rewritten. Lies are taught as truth. Slogans are delivered where a serious program is wanting.

Prices of essential commodities are rising at an alarming speed and what are the ruling elites doing? They are not just ruining the ecosystems of the earth with biotech products that will render the earth sterile. To make matters even worse, seemingly to make impossible a return to the days when nature had a say in the running of agriculture and the feeding of billions of people, the most fertile lands all over the planet are now used up for the production of ethanol. Huge cultures for the production of biofuel now replace the natural rice and wheat and soya and corn and legumes and other vegetables that could easily feed the population of the earth, and more! Anything goes, so long as the wealthy can go on living their lives of careless squandering of the earth’s resources.

Food for the hungry is not essential any more. Let the poor people die of disease and starvation. So much the better for the ones who survive. There will be more room for high living before the deluge is coming, as it most surely is. More room for luxury hotels, huge airports, limos and SUVs, more room for segregated residential luxury areas surrounded by walls and with armed guards at the entrance gates.

There will be more fear, more armed protection by individuals and by countries, more violence when the few remaining half starving people attack the people next door who happen to have more edibles and so have to be conquered. The rising prices of basic foods and the reduced availability of anything edible will lead to unending wars between tribes and countries.

They deem themselves protected against any attacks behind their fortressed walls. The rise in commodity prices doesn’t affect them. They have hoarded more money than they can ever spend. All they are concerned with is the instability of the market. Speculation at the world’s finance centers has gone so far that the speculators, the bankers and economists don’t understand any more what is going on. The financial market is close to chaos.

The rivers and lakes are getting more and more polluted. The glaciers in the world are melting at an increasing speed. Some of the largest rivers in the world take their sources from those glaciers and they will be deprived of all-year-round water, water that is essential to agriculture and to all forms of life.

The oligarchs still have a good supply of caviar and champagne. They have a good supply of nuclear missiles in case the remaining half-starving paupers should come and knock on their gates. They are militarizing space so as to feel undefeatable, the kings of the Universe. They are now among the very few people who have survived the destruction of the earth, the water and the air, destruction that they knowingly caused and didn’t think twice about. The ocean has risen so that all the coastland and most big cities along the coast have disappeared into the sea.

But the fear remains. The oligarchs are comfortable in their palaces, but the fear doesn’t leave them alone. They are constantly fearing that an enemy is going to invade their fortresses, even though they have no idea who the enemy is going to be. But rumor has it that there are still some terrorists living in the mountains in what used to be Afghanistan and Pakistan. There are still some people alive in India and in China and they might well come over and attack the few people left in the Western world. Australia and Africa are laid waste from drought and nothing living exists there any more. Africa was torn apart by civil wars due to lack of food long before the last human died from dehydration and starvation.

A big surprise is waiting in the wings

But hey, wait, there are lots of people left on one continent. In South America, there are millions of indigenous people still alive who learned from their ancestors how to deal wisely with nature. They were not doomed to disappearance by the false promises of biotech seeds and products, they went on replanting the seeds that their ancestors had been planting for thousands of years. They had not cut down the life-saving forests to plant corn and soy beans for ethanol fuel. The continent had remained a place where human beings could still exist, even though glaciers were melting and water was scarce. The crops they grew needed very little water and also biotechnical fertilizers and herbicides had never been used. These poor farmers had never been able to afford the biotech products and now they were the only healthy farming communities left on Earth.

Will there be a way the earth can return to anything like its former and long-gone wealth of agricultural products? Healthy forests, unpolluted water, a return to a normal life where sensible people have turned their backs on the war without an end. Can we stop the destruction caused by carbon dioxide and pollution from deadly chemicals. Can we ever go back?

Siv O’Neall is an Axis of Logic columnist, based in France. She can be reached at siv@axisoflogic.com.

This entry was posted in RagBlog and tagged Imperialism, Sustainability, U.S. Government. Bookmark the permalink.