Canada: Where Torture Is Condemned 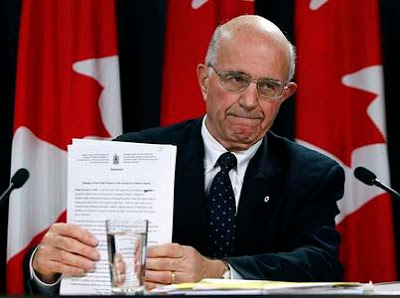 It bears repeating that all Canadians, born or naturalized, are entitled to equal treatment

The mere mention of Muslims, especially in the context of terrorism, brings out the worst in some people. The bigotry is not restricted to the United States but present in Canada as well, albeit on a much smaller scale.

I had a phone message Thursday in response to my last column, Disturbing complicity on torture, about former justice Frank Iacobucci’s report on the detention and mistreatment of three Arab Canadians abroad.

“More Muslims faking it,” hissed the man. “Are you actually suggesting that each of these three guys get another $10 million like we wasted on Arar? You f—— Muslims!

“These are not Canadians. They are not born in this country …

“No one gives a s— about this 544-page report. What that cost the Canadian taxpayers? More money wasted on f——, bad immigrants.

“Why don’t you go back to the hole-in-the-wall country that you came from and take all these other fake people, claiming to have been tortured, that no Canadian citizen gives a f— about.”

Crude words, clearly unrepresentative of Canadians. But the sentiment, not all that isolated in the post-9/11 world, must be addressed, as also related concerns that are not racist. We have all heard versions of the following arguments:

* The four Arab Canadians in question must have done something wrong to attract the attention of the RCMP and the Canadian Security Intelligence Service, whose job it is to protect all of us.
* The four were tortured in Syria and Egypt; why is Canada culpable?
* Why don’t they – indeed, all Arab/Muslim Canadians – condemn the many wrongs in the Muslim world, rather than whine about our infinitesimally smaller problems?

All Canadians, born or naturalized, are entitled to equal treatment. Those breaking the law must be charged, not tortured – here, there or anywhere – with Canadian complicity. They should not have their lives ruined by false allegations, especially by officials on the taxpayers’ payroll.

Canadians live in Canada under Canadian norms, not Syrian, Egyptian or American. We do not do Guantanamo Bay.

Nor do we believe in tarring Canadians here with the crimes of faraway kith or kin, real or assumed. If we did, we would have held Serb Canadians responsible for the ethnic cleansing in the Balkans.

The issue of torture is not just about these four Canadians, though they alone were the victims of it. It is about Canada and Canadian values. Do our democratic foundational principles matter?

Now Iacobucci, a former Supreme Court judge, has demonstrated how Canadian officials were complicit in the torture of Abdullah Almalki, held 22 months in a Damascus dungeon; Ahmad El Maati, held there for two months and for 24 months in Egypt; and Muayyed Nureddin, held 33 days in the same Syrian cell.

Unlike O’Connor, Iacobucci was not asked to pass judgment on the guilt or innocence of the three men. He has anyway, having interviewed 44 witnesses under oath, examined more than 40,000 documents and consulted torture experts.

He found the allegations against the three (that they were potential terrorists and a danger to society) to be variously “inaccurate or imprecise,” “misleading,” “inflammatory and lacking interrogative foundation.”

Unlike O’Connor, Iacobucci was not asked to make recommendations. He did anyway, implicitly, by listing a whole catalogue of “deficiencies” in the security services and foreign affairs that clearly need fixing.

The officials implicated are lucky that Iacobucci let them off the hook. He said they were not acting out of malice. But his findings about the three Canadians are as chilling as O’Connor’s were about Arar. (You can read it, by Googling Iacobucci and Internal Inquiry.)

As he writes, we must “do everything possible to protect our country,” but must do so “by means that are governed by the rule of law,” maintaining “genuine respect for the fundamental rights and freedoms of Canadian citizens.”

That’s what’s at stake here: the integrity of Canada.

Typically, the Stephen Harper government tried to minimize the impact of the report – not giving the media or the three victims and their advocates enough time to digest it, and then quickly grafting its own spin on it, saying that all the needed reforms are already underway.

We do not know that to be so.

When the new Parliament meets, its relevant committees (public safety, justice, foreign affairs) should pursue all the Iacobucci and O’Connor recommendations.

There’s another guilty party in all this. The media were also complicit in destroying the lives of these four Canadians. Reporters and editors who recycled tainted information supplied by unnamed sources should be publicly recanting and debating how not to repeat such mistakes ever again.

Media credibility was no less tattered by these episodes than that of the security establishment and other federal bureaucracies.

The latter were put under the microscope by two eminent judges, commissioned by the government under public pressure. Only the media continue to escape detailed public scrutiny.

Not all is gloom and doom.

Lest we forget, Canada is the only country in the world to have the moral compass, and the self-confidence, to have had two judicial reviews of post-9/11 wrongs.

We are all the better for it.

This entry was posted in RagBlog and tagged Criminal Justice, Racism, Torture. Bookmark the permalink.