Canadian Mayors: Don’t Get Mad, Get Even 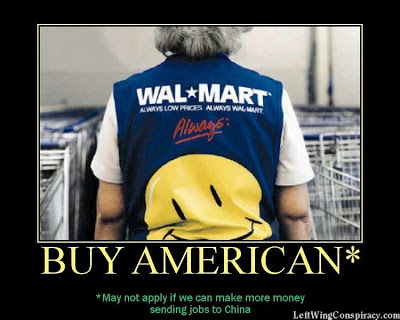 In response to the ‘Buy American’ provisions of the U.S. stimulus package, Canada’s mayors narrowly passed a resolution Saturday that could potentially block U.S. companies from bidding on city contracts.

The resolution was passed at the Federation of Canadian Municipalities conference in Whistler, B.C., by a vote of 189-175.

The resolution says the federation should support cities that adopt policies that allow them to buy only from companies whose home countries do not impose trade restrictions against Canadian goods.

“Today, Canada’s cities and communities joined the federal and provincial governments in a common front to try and stop American protectionism,” Jean Perrault, FCM president and mayor of Sherbrooke, Que., said in a statement.

“We stand united in the belief that fair trade and an even playing field are in the best interest of our country, our communities and our citizens.”

“This U.S. protectionist policy is hurting Canadian firms, costing Canadian jobs and damaging Canadian efforts to grow our economy in the midst of a worldwide recession,” Perrault said.

Some mayors argued the resolution could make it hard for cities to get the best deal on contracts.

But Susan Fennell, the mayor of Brampton, Ont., stressed the resolution is not protectionism, but a message that Canadian municipalities are concerned across the country.

“It’s Canadians saying on behalf of Canadians that the fair and free trade that’s been in existence for so many years is the way to remain,” she said.

Some Canadian companies have complained they are already being affected by the “Buy American” provision, which gives priority to U.S. iron, steel and other manufactured goods for use in public works and building projects funded with recovery money.

The resolution was initiated by the Ontario community of Halton Hills, where two local companies have lost contracts they previously had in the U.S.

This entry was posted in RagBlog and tagged Canada, Free Trade, World Economy. Bookmark the permalink.

1 Response to Canadian Mayors: Don’t Get Mad, Get Even