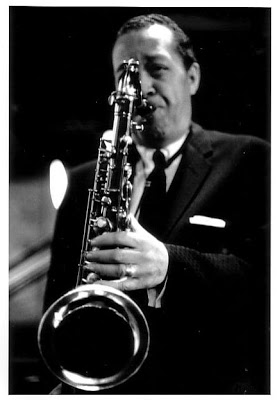 Race mixing was the fear and marijuana perceived to be the social lubricant making it happen.

Jazz cigarettes. That’s what the Beatles called them, and you know they got that right. And that’s really the reason why those type of cigarettes are still illegal.

What did that mean exactly back in the early years of the twentieth century? One thing really: black and white folks having fun together. Creating the potential for what? A once unspeakable thing that we now know as… people like Barack Obama. Race mixing was the fear and marijuana perceived to be the social lubricant making it happen.

As one “expert” testified in Congress when marijuana was being made illegal in the 1930s: “reefer makes a darkie look a white man in the eye.”

So Jazz musicians were hounded. A sensitive creative black genius like Lester Young was forced into the army. When the tough sergeant told Lester to get rid of that picture of a white woman, Lester replied that was his wife. The punishments and humiliations he was forced to undergo left Lester a shattered man, drained of the laconic spark he’d used to ignite the Basie band.

Gene Krupa, a young white Jazz drumming sensation was singled out for special attention in the 1940s. The movie The Gene Krupa Story (1959) would have been the first time many of us kids heard about the demon weed. How it ruined that young man’s life… or was it the years he was forced to spend in prison?

Another Jazz fiend (and friend of my grandfather) was Mezz Mezzrow, an early Jewish hipster clarinet player who moonlighted as pot dealer to the stars (Louis, Fats…) in 1930s/1940s Harlem. As Mr. Waller used to sing: “the real Mezz, but not too strong.” Fats Waller and his buddy, the Madagascarian Prince Andy Razaf would sit around smoking and writing the hit songs that are still famous. Some, like “I Can’t Give You Anything But Love,” they sold to white publishers for $10. That’s what you do when you’se a viper.

The bi-racial culture created by Jazz/Pot in the 1920s-1930s blossomed in the 1960s. Suddenly it all seemed to make sense. Drop out of the straight white culture. Become a non-conformist artist. A poet. A musician. A dancer. Get down with black Soul brothers and sisters.

Who knew the backlash that was coming? Nixon. Reagan. Rockefeller. NY State’s (and other state’s) repressive drug laws. Grand Juries (I was on one in NYC) indicting nobody but black and Hispanic street dealers. No undercover action in the yuppie office dealing scene, that’s for sure. But somehow that situation changed when 9/11 brought panic to America. How best to stop terrorism? That’s easy, mandatory drug screening for employees and job applicants.

Everybody knows that pot smoking leads to terrorism. Doesn’t it? As I said to my ex-boss as NYU after they’d rejected the best candidates for the job I was vacating: “There goes your talent pool.”

Think about it. Your employer or would be employer has the right to test your body, regulate your behavior off the job for reasons totally unrelated to ability or work performance. And we accept this, either because we have been totally cowed or else we smoke a little to help us cope with the Orwellian realities.

But wait, there’s hope. The president who represents the essence of free will (non-slave) race-mixing in the USA has ordered, through his black Attorney General, that Federal prosecution of state-condoned medical marijuana sales and use will be discontinued.

That’s right the black helicopters can take a break and the jackbooted DEA agents can lay off kicking down the doors of granny and grampa, puffing or growing a little on the side, if their states have medical marijuana statutes.

It is also totally within President Obama’s power to simply reclassify marijuana as a non-class B controlled substance. With states like California’s fiscal futures hanging in the balance, it’s hard to imagine that full scale legalization/taxation are not just around the
corner. But this is America and not doing the right thing is a long honored sacred tradition. Besides the folks who would be most effected by any legal change regarding weed are just too peaceful, philosophical and accepting to make a big stink. Don’t you wish more people were like that?

Previous title: “Legalize Mexico.” Stop the drug wars at home and abroad. Give people a future or else allow them the right to self medicate. On the positive side, just look at the brainpower behind the home growing revolution. It takes a lot of smarts to create the high potency potflower medical mind bongler material now in circulation (in some
places).

Another paradox of life. And also, another reason to be proud to be an American. Those are our kids developing tomorrow’s killer weed. Here’s a growing field (!) where the USA can still be #1.

Bong Hits for Jesus, anyone?