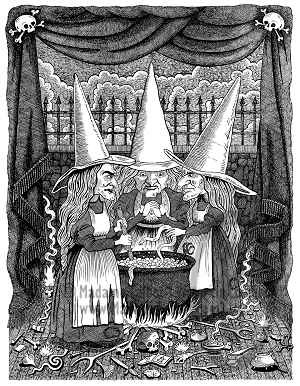 ‘Our goal is to grow the commons and regulate capitalism, not abolish it.’
By David P. Hamilton / The Rag Blog / November 25, 2008

From Friedman to Fidel, all agree.

No one seriously argues against some form of mixed economy, some combination of public/private sectors. Hence, the traditional argument between socialism and capitalism, framed as the conflict of opposites in which only one can survive, is arcane and obscuring.

Our goal is to grow the commons and regulate capitalism, not abolish it. Single payer universal health care would move the line between public and private considerably in favor of the commons. Another way to move the line would be partial government ownership of major elements of the economy, a common feature of European socialist government policy.

General Motors could be bought at this moment for under $10 billion. So what sense does it make to loan them $20 billion to stay afloat with just a few strings attached? The government should just buy controlling interest in it and convert its factories to the production of high speed trains, electric cars, wind turbines and other environmental products. Failing corporations could be bailed out of bankruptcy only by selling large chunks of their voting stock cheap to the government and having true representatives of the public and unions on their boards of directors.

In any period of revolutionary change, the most important factors are the objective conditions. The Russian Revolution happened as poorly equipped and badly led Russian armies where being massacred by invading Germans, their highly stratified economy was collapsing and the Tzar was being advised by a mad cleric. The subjective factors, e.g., the Bolshevik Party, were just those able to successfully surf the wave.

We are currently in the early stages of the most cataclysmic and punishing changes in the objective conditions that we have experienced in our lifetimes. The American model of laissez faire capitalism is belly up and the world financial system is in serious crisis. The environmental crisis is probably even worse as the climate necessary to sustain human life is rapidly deteriorating.

Obama’s administration is, therefore, likely to be much more “socialist” than you would expect, growing the commons, because that’s their only logical choice given the objective conditions. For example, how can an American auto company, which is required to contribute to its employee’s health care insurance costs, possibly for life ($1500 per car at Chrysler), compete with an auto company in a country that has government funded universal health care? Hence, we have to have government funded universal health care in order to have a competitive auto industry.

As Mike Davis points out in his article, “Note to Obama: ‘Futurama’ Has to Wait Its Turn,” posted on The Rag Blog on Nov. 22, “Of the larger rich, industrial countries, only the United States has yet to build a single mile of what constitutes the new global standard of transportation,” high speed rail. That too, has to be done. And the only checkbook in town big enough to do it is the government.

So have high expectations and keep demanding real change. But Obama meeting those demands will be more a function of his responding to drastic conditions in order that we might mutually survive.

1 Response to Cauldron Bubble : Witch’s Mix of Socialism and Capitalism