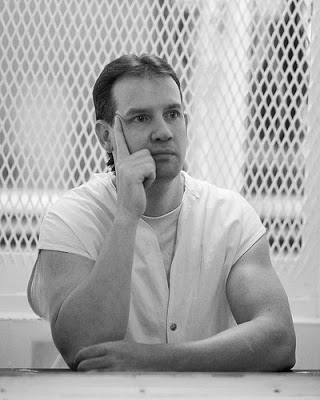 Yesterday, the Texas Court of Criminal Appeals denied a new trial for a death row defendant. In doing so, they have strengthened the perception that fairness is not important in Texas death penalty trials, and neither is the competence of defense attorneys. If a defendant happens to get an unfair judge and a defense attorney not competent enough to see that, that’s just tough. You go to death row to wait on a needle in the arm.

In 1990, Charles Dean Hood was arrested and tried for the murder of Tracie Lynn Wallace and Ronald Williamson. His fingerprints were found in the home and he was driving Williamson’s car when he was arrested out-of-state. That sounds like pretty good evidence, until you realize that Hood was living with the couple. It would be strange if his fingerprints had not been in the home, and it’s within the realm of possibility that he really did have Williamson’s permission to drive the car (as he claimed).

Is Hood innocent? I don’t have any idea. He may well be guilty, but there is definite doubt as to whether he got a fair trial in Collin county. That’s because the prosecutor who prosecuted the case and the judge who heard the case were in the middle of a rather torrid love affair at the time (they saw each other from 1987 through 1993). This gives at least the strong perception that the judge may have been biased and unable to be absolutely fair to the defendant.

That’s not just my opinion. When news of the affair became public knowledge last year, 30 former prosecutors and federal and state judges signed a letter to Governor Perry stating that the sexual relationship “would have had a significant impact on the ability of the judicial system to accord Mr. Hood a fair and impartial trial.”

The Appeals Court didn’t agree. They said the point was moot since Hood’s trial and appeal attorneys knew of the affair and didn’t bring it up at trial or in early appeals. The court says that meant the defense attorneys thought the affair did not affect the judge’s fairness.

I have to disagree. It may just mean those attorneys were incompetent. They should have asked for a new judge, and if it was denied, they should have appealed the decision much earlier. But an attorney’s incompetent action or lack of action does not mean a defendant had a fair and impartial trial. In fact, it probably means just the opposite.

This might not be so bad, but the defendant was sentenced to death. In death penalty cases, the state of Texas cannot afford the perception that the defendant may not have had a fair trial. The Court of Appeals should have granted a new trial so there would be no doubts about the trial’s fairness.

The Texas Court of Criminal Appeals screwed up. I just hope the U.S. Supreme Court will fix it.