Chellis Glendinning :
Psychohistory in the Age of Trump

Comparisons between Nazi Germany and Trump´s U.S.-in-process abound these days. 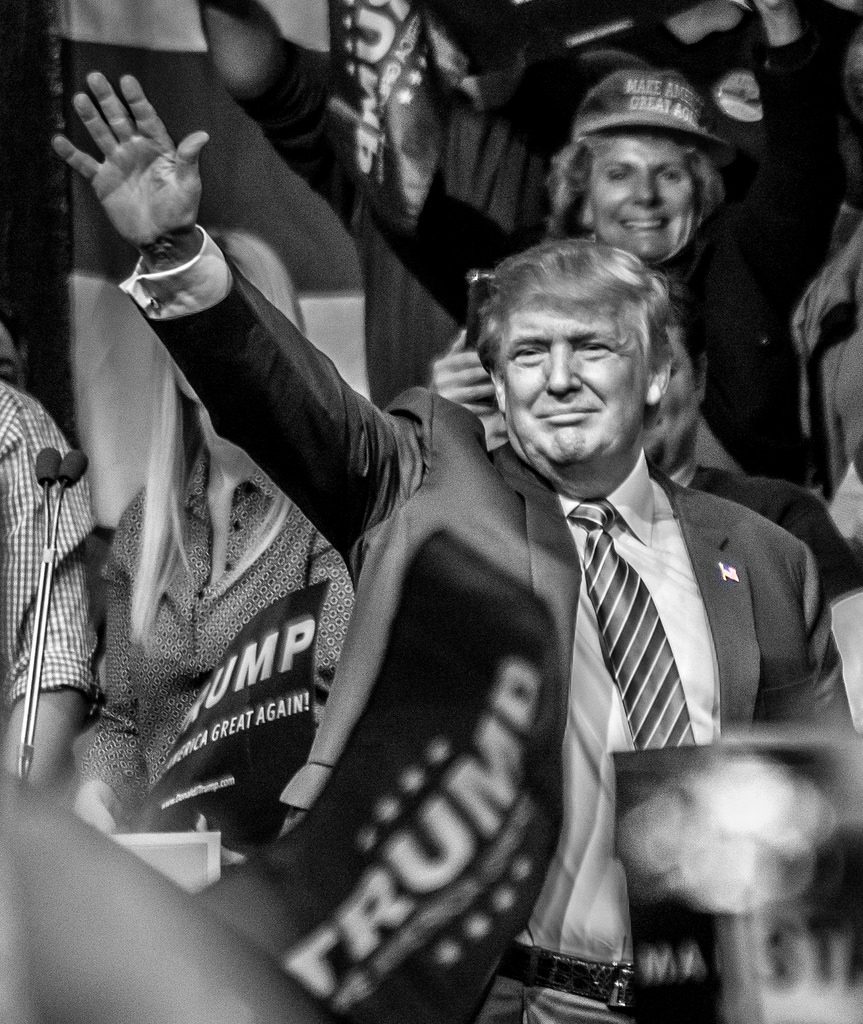 CHUQUISACA, Bolivia — As befits the times, I have been studying Nikolaus Wachsmann´s KL: A History of the Nazi Concentration Camps and re-reading Uprooted Minds: Surviving the Politics of Terror in the Americas, by Nancy Caro Hollander.

As a resident of Bolivia, I’ve also had the chance to befriend Latin American activists who were jailed and tortured, or fled, during the dictatorships of the 1970s-’80s, including one man who was among very few to escape a massacre committed by the same battalion that years earlier had murdered Che Guevara (“Interview with a Revolutionary,” Wild Culture, 27 Nov 2016) and another who fled directly from being tortured, his jaw broken and blood soaking his shirt, to the airport to escape to Sweden.

Comparisons between Nazi Germany and Trump´s U.S.-in-process abound these days. Naomi Wolfe has enlightened us with her recipe of actions cooked up by governments aiming for hegemonic control of populace, military, and institutions. Through the decades, U.S. progressives have been regaled with grapevine rumors that camps like those used to corral Japanese-Americans during World War II are being outfitted to house “subversives” and “terrorists.”

And as Ivan Krastev writes in The New York Times (“The Rise of the Paranoid Citizen,” 16 March 2017), “Yet the fundamental change in democratic politics is that when political identities are based on shared conspiracy theories, people are committed not to finding truth but to revealing secrets.” Read: consciously-constructed, interest-based inventions or well launched unconscious projections.

It´s true: we inhabit a topsy-turvy, post-truth world defined by the uncertainty produced by Trump´s emotional instabilities, postmodern media circus, and ideological maneuvers. So what´s a citizen who harbors a long-standing assumption of personal freedom and national democracy to do?

The transition from mas-o-menos democracy to outright fascism is often imagined as an overnight event — as indeed it was on 11 September 1973 in Chile with the early-morning coup d’état that led to President Allende´s death and the demolition of the country´s democratic-socialist project.

Historian Nancy Caro Hollander´s interviews with survivors of such transitions in Uruguay and Argentina reveal a slower, step-by-step process. Her interest is the evolution of theory and practice in the psychoanalytic community before and through the dictatorships, and her interviewees tend to be analysts who favored the merging of human-rights politics with psychoanalysis and made their services available to poor/working-class communities — and, as repression increased, to the tortured and families of the disappeared.

Analysts came to know too much for
their own good.

Said interviewees describe not only the strains on their patients, but also their own inner tensions. As client loads became weighted toward those targeted by the military, analysts came to know too much for their own good. Decisions to stay or leave had to be made, often instantaneously, but living under a veil of not-knowing how far things would be taken, they themselves became subject to the tangled thinking induced by panic and the near-total erasure of logic that denial offers.

Such responses are endemic to life-and-death predicaments infused with ambiguity. Unless one’s name appears on a death-squad list for all to see, the psyche is vulnerable to any number of defenses. In the late-1970s, before “The China Syndrome” and Three Mile Island contributed to the detonation of anti-nuclear sentiment crystallizing as the Nuclear Freeze effort, psychiatrist Carol Wolman applied feminist consciousness-raising principles to life under the hair-trigger threat of the arms race.

In discussion groups she uncovered a host of psychic mechanisms people had been using for decades to avoid thinking about nuclear weapons: dissociation as in disconnecting one´s self from the problem, such as “We´ll be fine. Northern California is the only region that will escape the toxic cloud”; splitting, believing in two contradictory things at the same time, such as thinking that U.S. weapons are beneficial while Soviet arms are evil incarnate; flat-out denial that an untoward event would ever occur; a sense of grandiosity, for instance, that one´s study group will stop the arms race; escapism into hedonism or a flurry of activity; displacement, segueing concern onto other social issues that seem more manageable, like donating to the school choir.

Meanwhile, in his acclaimed study of Hiroshima and Nagasaki survivors, Death in Life, psychiatrist Robert Jay Lifton identified the response to the “unspeakable” — and unfeel-able — as psychic numbing.

Given that her interviewees were eager to talk about their experiences and vulnerabilities, Hollander uncovered similar defenses amid the muddle of truth and lies that arise as a society embarks on the road from relatively open to totalitarian. First off, as government repression morphed into out-and-out fascism, so psychological disorders mushroomed. Mental health professionals boasted packed schedules, and years later, when interviewed, they spoke of using the same unconscious defenses as their clients had.

Denial was extensive as patients and practitioners alike clung to fantasies of “normality,” attempting to live as they had before, sometimes the only bones thrown to admission being clearing out their houses of incriminating subversive material. After the coup some Chileans sought relief by insisting that the U.S. State Department and CIA (clearly unmanageable entities) could not have orchestrated it.

Splitting was rampant. As an analyst in Uruguay explained: “I continued to believe in democracy when I was living in a country that was already totalitarian.” Dissociation abounded as well. A doctor who was treating a Tupamaro militant discounted his own vulnerability — until the day he himself was taken prisoner. An Argentine theater director with training in psychoanalysis said: “I employed an instrumental dissociation in order to go on… I told myself it would be all right, that I wasn’t a guerrilla, only a playwright whose theater dealt with the human condition.” The military came for him in 1978.

I turned to Nazi Germany and its creation of the death camps to enhance my understanding.

After regaling myself with the vagaries of the human psyche in jeopardy, I turned to Nazi Germany and its creation of the death camps to enhance my understanding of the process of escalation toward sadistic fascism. I mentioned my investigation to a friend, a Guatemalan anthropologist who grew up during the genocides and massacres of the 1970s-’80s. One might accurately guess that, given his background, he bitterly blurted out that the government absolutely knew from the get-go that its ultimate goal was to gas millions of criminals, social “deviants,” and racially “unacceptables.”

Such a belief is exactly the kind of public misconception that Wachsmann corrects as he weaves together the subjective experience of the military, the police, the detainees inside the camps, and the populace outside them into a single, painstakingly researched narrative. In fact — and I use that word because Wachsmann is a thorough historian of Nazism with three books before KL under his belt — the devolution into death factories where dead bodies were produced as if candy bars on assembly lines was not imagined from the get-go; the journey to that end was a years-long, labyrinthine process fueled by the chaotic decentralization of the early camps, seat-of-the-pants experimentation that led to constantly changing goals and techniques, political pressures that sometimes grew and sometimes waned, and the capture of absolute power by the great sadist Adolph Hitler.

At one point — in 1933-35 — state officials, legal authorities, even some SS commanders, demanded and gained a downsizing of the camps by thousands of releases, and a popular push to shut the camps down entirely emerged. It was only scrapped due to the insistence and political pull of SS honcho/police commander Heinrich Himmler.

Perhaps we could say that ‘the
handwriting was on the wall.’

At first the camps were a hodge-podge of state prisons, existing workhouses, vacant hotels, even pubs, run by whoever was available among the Sturmabteilung (SA), Schutzstaffel (SS), and police. A potpourri of structures and rules existed, and treatment has been reported as relatively bearable, with inmates often released. The earliest targets were political resisters like communists, nationalists, and social democrats as well as criminals, “beggars and vagabonds,” particularly as the 1934 Olympics in Berlin approached. But perhaps we could say that “the handwriting was on the wall.”

The first wave of violence — kicking and punching — erupted in 1933. The hands-on perpetrators, the guards, were often the poor and working-class men who felt wronged by society, whose anger had been fanned by instruction that inmates represented the very “scum,” “swine,” and “cancer” that threatened German purity. Leaders were typically those humiliated by German defeat in World War I, then radicalized in paramilitary struggles against the reformist, social democratic Weimar Republic. Occasional outbursts of cruelty developed into institutional deployment of truncheons, whips, hoses, force-feedings, sexual abuse, perverse medical experiments, and sporadic individual and group killings. Devolution into outright obliteration was not far behind.

Surprisingly to me, the Nazis actually cared about public image — at least in the beginning — and so when prominent pacifist Carl von Ossietzky was imprisoned in 1933, held up as the trophy prisoner, and openly abused, an international campaign to award him the Nobel Peace Prize was mounted. Feeling the pressure, in 1936 the government moved him out of prison into a hospital. He won the Nobel.

As Hitler solidified his grip within Germany, though, and as he steered war strategy toward brazen confrontations, conquering most of Europe by 1941, foreign opinion mattered less and less. All prisoner releases were banned and able inmates worked to death in the “Annihilation Work” program. SS higher-ups and guards felt the license to unleash a pandemonium of sadism. Increasingly, Jews became the preferred scapegoat. That so many resisters of Nazism were Jews was seen as verification of a link between them and the “deviance” of “Jewish Bolshevism.”

As Wachsmann puts it, “Radical anti-Semitism was part of the Camp SS code, a wild mix of traditional prejudice, racial mania, perverse fantasies, and political paranoia.” Upon arrival guards began to either send them directly from the train to the gas chambers or categorize them to accentuate inferior status by requiring the six-sided star badge. Anti-Semitic ritual humiliation, maltreatment, and violence proliferated. 1941 was the year the KL stepped over the line, from killing the disabled and infirm because they were useless to slaughtering thousands of Soviet POWs. Calculated extermination of the Jewish population followed.

Surprisingly to me, the Nazis actually
cared about public image.

We might ask: how is such history relevant to this moment? Hollander and Wachsmann both highlight the prominence of ambiguity, uncertainty, disorientation that reigns for victims and perpetrators as circumstances unfold. Given our current situation, we might do well to recall the old saw so popular during the anti-nuclear movement of the 1980s: if a frog is thrown into boiling water, it will jump out- — but if the frog is placed in cold water that is brought gradually to a boil, it won´t notice and will be cooked.

If we can apply lessons learned from similar, or metaphoric, predicaments of the past, we might just become driven less by the vicissitudes of disorientation and fear, and be more grounded in reality. Albeit, without a crystal ball, our most crucial question remains as unanswered as it did for people in the past. How much can President Trump and his accomplices achieve on this express flight to dismantling democratic balances, uninhibited industrialization, hyper-militarism, social-service demolition, economic austerity, and license to murder the planet? One of Hollander´s points is that when we break out of our numbing and reject our helplessness by actively mobilizing the Resistance, we become less fearful, more resilient to future difficulties, and more alive.

[Chellis Glendinning is a psychotherapist specializing in trauma recovery and the author of seven books, including the award-winning Off the Map: An Expedition Deep into Empire and the Global Economy and Chiva: A Village Takes on the Global Heroin Trade. A U.S. citizen, she lives in Chuquisaca, Bolivia. chellisglendinning.org.]

3 Responses to Chellis Glendinning :
Psychohistory in the Age of Trump