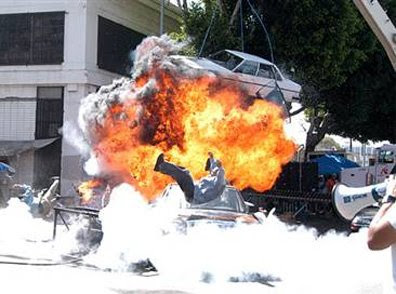 Dick Cheney: “I guess my general sense of where we are with respect to Iraq and at the end of now, what, nearly six years, is that we’ve accomplished nearly everything we set out to do….”

What has Dick Cheney really accomplished in Iraq?

* An estimated 4 million Iraqis, out of 27 million, have been displaced from their homes, that is, made homeless. Some 2.7 million are internally displaced inside Iraq. A couple hundred thousand are cooling their heels in Jordan. And perhaps a million are quickly running out of money and often living in squalid conditions in Syria. Cheney’s war has left about 15% of Iraqis homeless inside the country or abroad. That would be like 45 million American thrown out of their homes.

* It is controversial how many Iraqis died as a result of the 2003 invasion and its aftermath. But it seems to me that a million extra dead, beyond what you would have expected from a year 2000 baseline, is entirely plausible. The toll is certainly in the hundreds of thousands. Cheney did not kill them all. The Lancet study suggested that the US was directly responsible for a third of all violent deaths since 2003. That would be as much as 300,000 that we killed. The rest, we only set in train their deaths by our invasion.

* Baghdad has been turned from a mixed city, about half of its population Shiite and the other half Sunni in 2003, into a Shiite city where the Sunni population may be as little as ten to fifteen percent. From a Sunni point of view, Cheney’s war has resulted in a Shiite (and Iranian) take-over of the Iraqi capital, long a symbol of pan-Arabism and anti-imperialism.

* In the Iraqi elections, Shiite fundamentalist parties closely allied with Iran came to power. The Islamic Supreme Council of Iraq, the leading party in parliament, was formed by Iraqi expatriates at the behest of Ayatollah Khomeini in 1982 in Tehran. The Islamic Mission (Da’wa) Party is the oldest ideological Shiite party working for an Islamic state. It helped form Hizbullah in Beirut in the early 1980s. It has supplied both prime ministers elected since 2005. Fundamentalist Shiites shaped the constitution, which forbids the civil legislature to pass legislation that contravenes Islamic law. Dissidents have accused the new Iraqi government of being an Iranian puppet.

* Arab-Kurdish violence is spiking in the north, endangering the Obama withdrawal plan and, indeed, the whole of Iraq, not to mention Syria, Turkey and Iran. 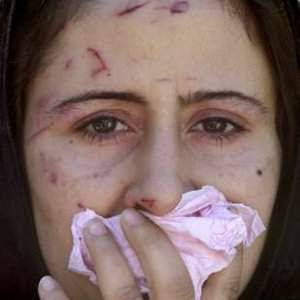 * Hundreds of thousands of Iraqi women have been widowed by the war and its effects, leaving most without a means of support. Iraqi widows often lack access to clean water and electricity. Aljazeera English has video.

* $32 billion were wasted on Iraq reconstruction, and most of it cannot even be traced. I repeat, Cheney gave away $32 bn. to anonymous cronies in such a way that we can’t even be sure who stole it, exactly. And you are angry at AIG about $400 mn. in bonuses! We are talking about $32 billion given out in brown paper bags.

* Political power is being fragmented in Iraq with big spikes in the murder rate in some provinces that may reflect faction-fighting and vendettas in which the Iraqi military is loathe to get involved.

* The Iraqi economy is devastated, and the new government’s bureaucracy and infighting have made it difficult to attract investors.

Cheney avoids mentioning all the human suffering he has caused, on a cosmic scale, and focuses on procedural matters like elections (which he confuses with democracy– given 2000 in this country, you can understand why). Or he lies, as when he says that Iran’s influence in Iraq has been blocked. Another lie is that there was that the US was fighting “al-Qaeda” in Iraq as opposed to just Iraqis. He and Bush even claim that they made Iraqi womens’ lives better.

The real question is whether anyone will have the gumption to put Cheney on trial for treason and crimes against humanity.