Choice of Palin: "All the More Insidious and Cynical"

Although this opinion piece was published almost three weeks ago, I thought it appropriate to re-post it today since it just came to our attention, and because it is so powerful and incisive. 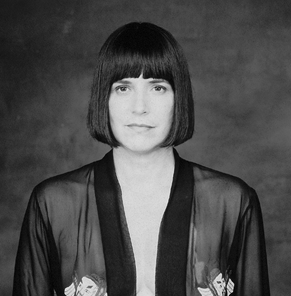 I am having Sarah Palin nightmares. I dreamt last night that she was a member of a club where they rode snowmobiles and wore the claws of drowned and starved polar bears around their necks. I have a particular thing for Polar Bears. Maybe it’s their snowy whiteness or their bigness or the fact that they live in the arctic or that I have never seen one in person or touched one. Maybe it is the fact that they live so comfortably on ice. Whatever it is, I need the polar bears.

I don’t like raging at women. I am a Feminist and have spent my life trying to build community, help empower women and stop violence against them. It is hard to write about Sarah Palin. This is why the Sarah Palin choice was all the more insidious and cynical. The people who made this choice count on the goodness and solidarity of Feminists.

But everything Sarah Palin believes in and practices is antithetical to Feminism which for me is part of one story — connected to saving the earth, ending racism, empowering women, giving young girls options, opening our minds, deepening tolerance, and ending violence and war.

I believe that the McCain/Palin ticket is one of the most dangerous choices of my lifetime, and should this country chose those candidates the fall-out may be so great, the destruction so vast in so many areas that America may never recover. But what is equally disturbing is the impact that duo would have on the rest of the world. Unfortunately, this is not a joke. In my lifetime I have seen the clownish, the inept, the bizarre be elected to the presidency with regularity.

Sarah Palin does not believe in abortion. She does not believe women who are raped and incested and ripped open against their will should have a right to determine whether they have their rapist’s baby or not.

She obviously does not believe in sex education or birth control. I imagine her daughter was practicing abstinence and we know how many babies that makes.

Sarah Palin does not much believe in thinking. From what I gather she has tried to ban books from the library, has a tendency to dispense with people who think independently. She cannot tolerate an environment of ambiguity and difference. This is a woman who could and might very well be the next president of the United States. She would govern one of the most diverse populations on the earth.

Sarah believes in guns. She has her own custom Austrian hunting rifle. She has been known to kill 40 caribou at a clip. She has shot hundreds of wolves from the air.

Sarah believes in God. That is of course her right, her private right. But when God and Guns come together in the public sector, when war is declared in God’s name, when the rights of women are denied in his name, that is the end of separation of church and state and the undoing of everything America has ever tried to be.

If the Polar Bears don’t move you to go and do everything in your power to get Obama elected then consider the chant that filled the hall after Palin spoke at the RNC, ‘Drill Drill Drill.’ I think of teeth when I think of drills. I think of rape. I think of destruction. I think of domination. I think of military exercises that force=2 0mindless repetition, emptying the brain of analysis, doubt, ambiguity or dissent. I think of pain.

[Eve Ensler, the American playwright, performer, feminist and activist is best known for ‘The Vagina Monologues.’]

This entry was posted in RagBlog and tagged Presidential Campaign, Sarah Palin. Bookmark the permalink.