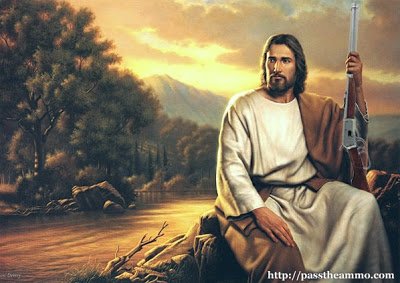 An Oklahoma church canceled plans for a gun giveaway Friday at its annual youth conference, a local news station reported.

The church’s youth pastor, Bob Ross, said the AR-15 semi-automatic assault rifle was a means of luring young people as far away as Canada, according to Oklahoma City’s KOCO Channel 5 News.

“I don’t want people thinking ‘My goodness, we’re putting a weapon in the hand of somebody that doesn’t respect it who are then going to go out and kill,’” said Ross. “That’s not at all what we’re trying to do.”

The gun giveaway is a part of the event’s shooting competition. A gun was given away at last year’s conference and this year, Windsor Hills Baptist used the giveaway in the marketing of the event on its Web site (see above picture).

The pastor said the cancellation of the giveaway was due to the instructor of the shooting competition — and a pastor of the church — having injured his foot and being unable to attend.

The cancellation occurred after coverage of the controversy by local news stations.

A day before this story broke, a 12-year-old John White was accidentally shot in the head and killed in Oklahoma County by a 14-year-old friend who had easy access to his grandfather’s loaded weapons, local news stations reported.

“We would still have John with us today if people had taken more care, if they had used gun locks or gun safes,” says Kim Proc, John White’s great aunt.

Proc says officials told them they confiscated at least seven loaded guns from the home where White was that day, all owned by the 14-year-old’s grandfather, Channel 52 KSBI-TV reported.

John White’s family is determined to make sure his death impacts the way guns are kept in homes by changing the law.