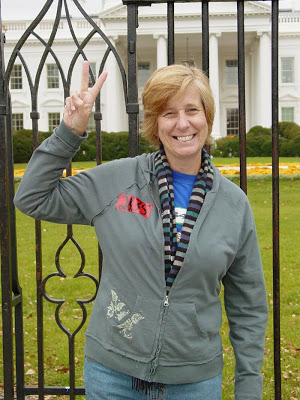 As men have often forsaken the plough and the anvil
At the summons of war,
Let women now leave all that may be left of home
For a great and earnest day of counsel.
Let them meet first, as women, to bewail and commemorate the dead.
Let them solemnly take counsel with each other as to the means
Whereby the great human family can live in peace…
(From Julia Ward Howe’s 1870 Mother’s Day Proclamation)

Sadly, this is the fifth Mother’s Day since Casey was killed in Iraq on April 04, 2004. The people who told me that “time will heal” were wrong, or maybe it just takes more time? I have spoken to many mothers who buried their child years ago, however, that tell me it does not get any easier. I suspect the mothers who have buried children are probably right.

On this Mother’s Day, though, I am reflecting on all kinds of moms. Some women never have children and it seems that their lives are complete. Some women desperately want to have children, but for some reason, cannot. Some women have lost their only child to the ravenous war machine and they somehow go on. One specific mother has her family intact and can callously sign blank checks to pay for war (that are really nothing but death warrants for other people’s children) with only the life and health of her political party in her heart. Another mother can talk about “obliterating” an entire innocent country filled with mothers and children without even blinking her eyes that only shed crocodile tears at the appropriate moments.

I am a mother of four children. I planned on every one of them outliving me. When I thought of growing old, I imagined being surrounded on holidays by four children, children-in-law, grandchildren and great grandchildren. In the natural order of things, children should always bury their parents, but in our unnaturally violent, war torn world where shopping malls, schools, the streets and entire innocent nations are turned into bloodbaths, the situation is reversed and too many parents must tragically bury their children.

Today, one mother joyously watched her daughter marry at a pig farm in Crawford, TX. The mother’s husband, the daughter’s father, proudly looked on the scene that his actions have denied to so many of us. The daughter wore an Oscar de la Renta gown and it has been reported that there will be dancing throughout the night. Because of her father’s lies and greed, too many people the daughter’s age have been buried in their military dress uniforms (if there was enough of the body left to be buried) while their mothers and fathers watched in heartbroken grief as their child’s body was lowered into a cold, cold grave for eternity.

Too many mothers today in Iraq will have their babies blown to bits by American bombs or an insurgent’s last desperate act. If an Iraqi mother is fortunate enough to have all her children around her, she will be scraping for food, clean water and praying for a few minutes of electricity, or at least one day of peace and quiet.

Recently, I was confronted by a man at a farmer’s market in San Francisco. He is not “pro war” but he is pro-Pelosi because he is a “political pragmatist.” Apparently, Ms. Pelosi funding the war for another year is “politically pragmatic” because it is worth murdering tens of thousands of more innocent people so that Democrats can gain the White House and more seats in Congress. I wish I had the luxury of being a political pragmatist, but I must do everything in my power to save other mothers from the life of never ending grief that I have been condemned to by men and women some of whom are mothers and fathers who have forgotten that other people’s children are precious to their parents, too.

On Mother’s Day this year, while mothers all over America are being taken out to brunch or being served breakfast in bed, I would like us to take time out of our day to reflect on the mothers who have been harmed by the last six years of bloody wars that are waged by neocon-Republicans and paid for by complicit-Democrats. I want us in the US to remember that we are a nation, if not in a legal, moral or declared war: at least a violent occupation that seems like a war to those that have been adversely affected by it.

I am luckier than many mothers whose only child has been stolen from them for lies, because I will be surrounded by my three surviving children and their partners on Mother’s Day and we will spend the time staring at my daughter’s belly which is fat (and one week past due) with my first grandchild. My grandson will never meet his Uncle Casey but he will know him because of the love that is left in his family.

I challenge us all to reject “political pragmatism” and embrace “peaceful idealism” for the love of all the world’s children.

Julia Ward Howe’s Mother’s Day Proclamation should be enshrined in our war-soaked national consciousness as our economy, ecology and our communities are being ravaged by the rapacious war machine:

“We will not have questions answered by irrelevant agencies,
Our husbands will not come to us, reeking with carnage,
For caresses and applause.
Our sons shall not be taken from us to unlearn
All that we have been able to teach them of charity, mercy and patience.
We, the women of one country,
Will be too tender of those of another country
To allow our sons to be trained to injure theirs.”

[Cindy Sheehan is the mother of Spc. Casey Austin Sheehan who was KIA in Iraq on 04/04/04. She is a co-founder and President of Gold Star Families for Peace and the author of two books: Not One More Mother’s Child and Dear President Bush.]

This entry was posted in RagBlog and tagged Peace Movement, Women. Bookmark the permalink.