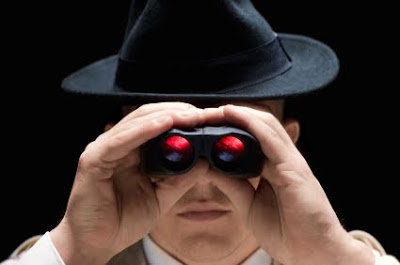 Dissident, political prisoner, contractor, spy, criminal? All depends: Which side are you on?

Secretary of State Hillary Clinton called on the Jewish community in the United States to raise its voice in support of Agency for International Development “contractor,” “human rights activist,” supporter of the “isolated Jewish community in Cuba,” Alan Gross who is currently in jail for bringing unauthorized communications equipment to distribute to Cuban citizens.

The Clinton speech resembles the Cold War efforts of various administrations to get the support of ethnic groups to advocate for United States imperial policies: Poles, Hungarians, Koreans, Taiwanese, Vietnamese, and counter-revolutionary Cubans. The Reagan administration launched a phony campaign in the 1980s to convince the American people that the Sandinista-led government in Nicaragua was anti-Semitic. Despite the efforts of a few holocaust survivors, a delegation of Jewish leaders, including rabbis, visited Nicaragua and reported that after careful investigation, the charges were false.

In addition, several dozen convicted violators of Cuban law, who probably had ties to U.S. efforts to undermine the Cuban government, have been referred to in the media as “dissidents,” or activists for “democratization” on the island. Curiously, the five Cubans who have been in U.S. prisons for working to uncover Cuban-American terrorist plots against the island are called “spies.”

Finally, a story just broke that an Iranian scientist who left his country and via Saudi Arabia came to the United States, presumably as a defector, is returning to Iran. Was he a defector? Is he an Iranian spy? Was his family in Iran threatened by the regime?

There are several morals from these stories. First, the United States continues to work to undermine, destabilize, and destroy the Cuban revolution. Gross is claimed to have been a conduit for humanitarian assistance to marginalized Cubans at the same time that Walter Lippman (CubaNews@yahoogroups.com), reports that the State Department is increasing the dispersal of funds to anti-government dissidents in Cuba: more money for “contractors” like Gross.

Second, the mainstream media never tells the story of the Cuban Five, who with the full knowledge of the FBI, were working to uncover violent plots against their country hatched in Miami.

Third, the spy story — Cubans, Russians, Iranians, or others — captures the imagination and interest of the mainstream media. What makes stories like the capture of the Russian spies so silly is that most information any operatives from one or another government might want is available on the internet. But the spy story reminds us of the good old days of James Bond and Matt Helm and the Cold War.

Fourth, as to the old Cold War adversaries, bureaucratic institutions were established, the Federal Bureau of Investigation and KGB, to stimulate fear, justify bizarre militaristic policies, and stifle dissent. The FBI and the successor to the KGB need spies. In fact these two bloated and irresponsible bureaucracies, parallel to the military establishments of the former Cold War adversaries, need each other and so-called “spies” to justify their existence.

Finally, as to Cuba, Karen Wald has pointed out that Alan Gross, the humanitarian USAID “contractor,” had not contacted Cuban Jews to distribute the communications technology that was supposed to improve their lives. Several years ago I visited the synagogue and community center, Patronato, in Vedado in Central Havana. The then Jewish community leader, Dr. Jose Miller, welcomed me and asked where I was from. I told him Indiana. He responded: “Ah Congressman Burton.” He knew that the Helms/Burton Act of 1996 tightened the economic blockade of Cuba. I took from his response the idea that the primary kind of humanitarian assistance the Jewish community of Cuba wanted from the United States was an end to the economic blockade.

But United States policy remains buried in the Cold War days: trying to undermine regimes, calling people who agree with us “dissidents,” “contractors,” humanitarians” and “political prisoners” and those we still oppose “spies,” and the regimes they serve dictatorships.