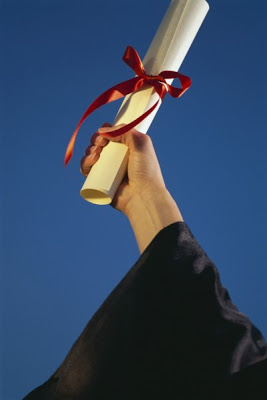 Try to imagine just how much the cost of a college education has increased over the past 25 years. Take your time. Think in terms of how various kinds of things have increased in cost over this period, such as common foods and movie tickets, for example. Odds are that no matter how awful you think inflation has been you will never correctly guess how much a college education has increased in cost.

Are you ready for the ugly truth? The National Center for Public Policy and Higher Education has found that college tuition and fees have increased an amazing and appalling 439 percent over the past 25 years. And forecasts are that those costs will continue to increase rapidly.

This explains why borrowing by students and families to cover college education costs has skyrocketed in recent years. And now comes the current economic meltdown. Paying off debts already incurred will be very, very difficult for incredible numbers of Americans. But even worse, in many respects, is that younger people looking forward to a college education may not be able to borrow enough for a college education and, therefore, face a very bleak future. Without affordable college education the path for economic success in America will fade away.

Even attendance at public universities and community colleges will become extremely difficult during what is predicted to be a long and brutal economic recession. All this bad news is the worst for families in the lowest income brackets. This means that economic inequality that is already a problem will only get worse, as poorer American families become increasingly unable to send their children to college. The old idea that college students can work to help pay for their college education also starts to unravel, because in these recessionary times it will be very difficult for students to get those jobs.

Clearly, there is only one possible but unlikely solution. The government could provide more direct financial assistance, not just loans, to help families afford college education. But in these dire fiscal times will the federal government bail out ordinary Americans they way it has been bailing out banks and all kinds of companies? Time will tell.

This entry was posted in RagBlog and tagged Colleges, Economy, Education, Inflation. Bookmark the permalink.