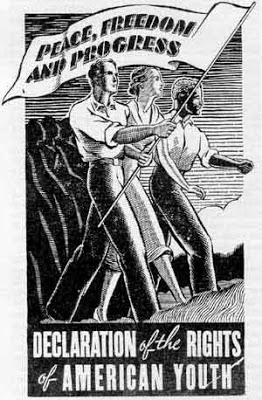 The Kent State shootings and other iconic protests of the 1970s are so last century.

“It’s not really as much protesting as students taking charge,” said Murray Myers, a senior at the University of St. Thomas who runs the campus recycling program. “I guess protest was pretty popular in the ’60s. I see me and other students … doing positive things, rather than protesting.”

“They’re everywhere in many, many ways,” said Maria Jimenez, who was a student activist at the University of Houston during the 1970s and now advocates for immigrant and human rights.

For most students, college is primarily a ticket to the future, a place to gain the skills to make it in the adult world. Many juggle jobs and classes, leaving little time for saving the world.

“In my generation, maybe about 10 percent really care, but those who care are really passionate about it,” said Imelda Padilla, 21, a senior at the University of California, Berkeley, who is spending the summer in Houston for an internship with the Service Employees International Union.

Some say activism is cyclical.

“We were an extremely active generation,” Jimenez said. “Then there were several generations that were not active at all. … It impresses me how important the work that young people are now doing is.”

Students during the 1980s and ’90s focused on careers and paychecks, “not so much public service,” said William Munson, dean of students at the University of Houston. “Now there’s an expectation among our students that they give something back.”

Today’s activists, however, aren’t only about food drives and charity runs. Old-style guerrilla theater is still around, too.

Two student groups at UH — Students Against Sweatshops and Students for Fair Trade — regularly storm President Renu Khator’s office. A small band of protesters has spent the past 18 months in a grove of trees on the UC Berkeley campus, hoping to save them from being cut down to make way for a sports facility.

“You walk to a football game, and you see them,” said Padilla, a political science major on the California campus. ” … I wouldn’t necessarily say I’m that kind of activist.”

She is, instead, spending the summer on Houston’s street corners, talking to day laborers about the minimum wage and other concerns.

“I want to change the world, but you have to do it one issue at a time,” she said.

A place at the table

Other students work on topics closer to home.

“There’s a lot more people going to college these days, and we have to ensure we’re preserving accessibility for everyone,” said Sam Dike, 21, president of the UH Student Government Association.

But he also is trying to revive the dormant Texas Student Association, a statewide group he hopes will lobby for student interests, such as tuition and financial aid.

“For far too long, we have not had a legitimate place at the table,” said Dike.

Another group of students work on behalf of people halfway around the world, a trend Jimenez links to the increased ease of international travel.

“They will take off by plane to protest at the Republican convention or the World Social Forum in Brazil,” she said.

She grew up in the North Texas suburb of Plano but has traveled to Vietnam.

“I saw what it was like to live in that kind of poverty,” she said. “In the ’60s, (student issues) were domestic, U.S. involvement in the Vietnam war or the civil rights movement. Now we’re looking at globalization and our impact on the world.”

UH Students for Fair Trade is aligned with a national group that advises campus affiliates. A similar group, United Students Against Sweatshops, works with students on 250 campuses to demand the schools sell only items produced in factories offering decent wages and working conditions.

Working conditions in a Chinese factory or Central American coffee plantation may seem far removed from a college campus in Texas.

“I think there is more and more the realization that any human problem, it is part of our human lives and we have a role to play,” said Rogelio Garcia-Contreras, an assistant professor at the University of St. Thomas’ Center for International Studies.

His students want to end poverty, ensure justice and provide food and shelter everywhere in the world.

But sometimes, their work is less dramatic.

At 24, Myers wants to fight global warming and urban sprawl. For now, he’s the recycling czar at the University of St. Thomas.

Myers, an environmental studies and political science student, inherited the job when the previous coordinator graduated.

“There are a lot of other areas I’d rather be working on, but because this is my responsibility, it’s what I’ve been doing,” he said.

He could have graduated in May but put it off because there was no one to take over.

This fall, he has a new goal: “Finding my replacement.”