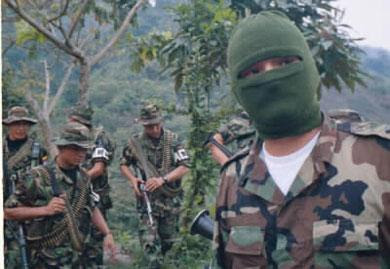 A Promise of Peace:
Colombia and the paramilitary successor groups

In my last posting I looked at the demobilization of Colombia’s paramilitary blocs in an agreement with the government of Álvaro Uribe Velez, overseen by the OAS (Organization of American States) that took place in 2003-2006. The government estimated that there were between 7,000 and 9,000 paracos when the process began. By February 2006 they claimed 17,000 were “demobilized”; now it appears, according to Human Rights Watch, that 31,671 persons participated in the demobilization process.

For the most part this peace process was Uribe’s gift to the paramilitaries that he and his cousin, Mario Uribe, helped to create when Alvaro was a senator, a sort of “get out of jail free card” with many benefits. Besides a few dozen leaders of the blocs who were extradited to the U.S. to stand trial for drug trafficking and money laundering, the paracos were shuffled through a loose process and sent out to become good citizens again. Now it appears that it didn’t happen that way.

The Colombian Attorney General has said repeatedly that the paramilitars no longer exist. Only recently has the government taken notice of two social phenomena that the Colombian people have known about all along. First, in many cases, the paracos, although going through a demobilization ceremony, never really demobilized at all, but continued to maintain control over vast areas of Colombia, and specifically over the cocaine trade.

Second, there are a growing number of successor groups, new paracos, if you will, that have organized and stepped up to fill the power vacancies left by the demobilization process. A third phenomenon combines both of these. Middle level leaders from the old blocs are back in business as organizers and controllers of “new” successor groups.

There are differences between the successors of the paramilitary groups and the demobilized Autodefensas Unidas de Colombia (AUC). First, the successor groups seem to operate relatively independently of each other; apparently they have not yet formed a coalition to articulate common goals and interests, coordinate their criminal activities, and, in some cases, their military-type operations.

Second, leaders have less visibility than some of the leaders of the AUC — for example, AUC founder Carlos Castaño. Most of the successor groups seem less focused on fighting guerrilla insurgents than was the AUC. What they have in common with the AUC is a strong involvement in Mafia-type criminal activity, including drug trafficking, as reported not only by the government but also by the Mission to Support the Peace Process in Colombia of the OAS (MAPP/OE).

According to police reports about the structure of the successor groups, most are led by former mid-level leaders of the AUC who never demobilized or simply continued to operate after a supposed demobilization. This is the case with Pedro Oliverio Guerrero (“Cuchillo”), leader of ERPAC (El Ejército Revolucionario Popular Antisubversivo de Colombia), several leaders of groups operating in Medellin, and Ovidio Isaza in the Magdalena Medio region, among others.

Daniel Rendon (see below), who directed the Urabeños bloc until his capture in 2009, also was a member of the AUC and a brother of Freddy Rendon, leader of the Elmer Cardenas Bloc. The main exception is the group Rastrojos that reportedly originated as an armed drug cartel in the North Valley and was not allowed to participate in the demobilization process.

As with the blocs of the AUC, the successor groups are deeply involved in crime, including drug smuggling, extortion, and money laundering. Early AUC blocs were formed from the group “Muerte a Secuestradores” (MAS; Death to Kidnappers), an alliance formed in the eighties by drug lords Pablo Escobar, Fidel Castano, Gonzalo Rodriguez Gacha, and others, in order to free traffickers or smugglers who had been abducted by guerrilla groups.

In Norte de Santander, for example, even though the Catatumbo Bloc of the AUC participated in horrific massacres of civilians who were identified as “guerrilla sympathizers,” sources report that seldom did they have direct combat with the guerrillas. Its main activity was to control lucrative drug running and smuggling operations along the border with Venezuela, as well as extortion and other criminal activities.

Many paramilitaries, such as “Don Berna” and “Macaco,” were simply drug traffickers who were presented before the world as paracos.

Emergence and development of the successor groups

Demobilization of the AUC officially ended on August 15, 2006. Subsequently, many successor groups closely linked with the AUC appeared.

MAPP/OAS, relying on official information from the Colombian police, reported in early 2007 that it had identified “22 structures in which there is participation of mid-level demobilized [persons], recruitment of former combatants of the AUC, and control of illicit economies.” MAPP/OAS said that such groups then had approximately 3,000 members.

Since then, numbers of members of these groups and areas in which they operate have grown steadily. Estimates of the number of successor groups and their membership vary significantly according to the source, but in some cases reach 10,200 members.

In mid 2008, MAPP/OAS expressed concern that “these factions continue and even increase, despite the actions taken by the security forces. This shows a significant capacity for resistance and renewal, with resources that allow for constant recruitment and maintenance of corruption at the local level.”

According to police, who produce the most conservative figures, the total number of groups has declined, as many have merged or been absorbed within each other, and some have disappeared or been defeated. However, membership has grown and continues to grow. As of July 17, 2009, police said that the successor groups had 4,037 members, an increase over the 3,760 that they had estimated a few months earlier, in February 2009. Successor groups operate in 24 of the 32 departments of Colombia.

Police figures also show that during the same period, groups began to operate in 21 new municipalities, and went from having a presence in 152 municipalities to 173. 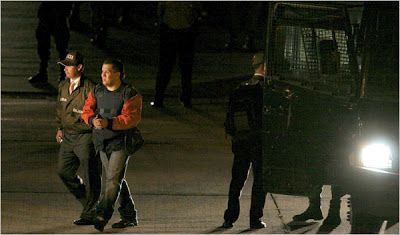 In mid-2009, police records indicated there were nine successor groups in business. According to police sources and the Attorney General, four are significantly stronger than the rest, and are the main focus of the authorities.

In addition, the police say that they have identified the following groups:

Interviews with victims and local authorities across the country suggest that police figures underestimate the number of members and the number of successor groups. In some areas, Human Rights Watch received information about the existence of groups that the police did not recognize.

For example, in an interview with Human Rights Watch, a senior member of the police forces said the group Black Eagles of Narino is “more myth” that reality. However, on several occasions, Human Rights Watch received matching information from inhabitants of Nariño about the operations of the Black Eagles, who control various parts of the territory, threatening civilians and, apparently, waging a bloody battle against Rastrojos for control of Tumaco.

Less than two months after denying the existence of the Black Eagles, police announced the capture of 36 members of the group in Nariño. Similarly, although the police indicate that the ERPAC has only 770 members, news reports have quoted data from the Army and the Technical Research Office estimating that it has 1,120 members and is growing rapidly through active recruitment. 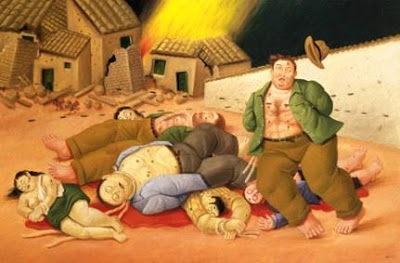 Who are the Black Eagles?

In many parts of the country, witnesses who contacted Human Rights Watch said that people who ordered crimes of murder, forced displacement, rape, and threats of the same were identified as members of the Black Eagles. Leaflets and written threats against human rights defenders often bear the signature of Black Eagles.

Police told Human Rights Watch that the Black Eagles were not a single group, but merely a name that had been appropriated by various groups, including local gangs, to instill fear among the population.

However, Nariño Human Rights Watch received similar complaints from several residents and authorities in that region indicating that the Black Eagles are actually a single successor group with a high degree of coordination which operates in many respects like a Bloc of the AUC.

According to a former paraco from Sucre, when he was demobilized in 2005, his boss told the group, “Whoever… wants to return, can return” to their area of operations in Antioquia. “They’re there. The story is not over,” he said.

Another demobilized paraco said, “There are people who go to the new groups… There are guys who ask me if I would be ready to go again. You feel afraid to speak. Many people have been killed for talking. The AUC has not been dissolved… There are others who go, new people. [Payment] is never less than half a million pesos ($250 U.S.). It’s easy to enter, but it’s hard to leave.”

As reported by Human Rights Watch and officials of MAPP, it is estimated that over 50% of successor group members are recently recruited individuals. Mission members say the groups often use threats and deception to persuade new members to join.

So, it appears that the “AUC peace process” was just a sham perpetrated from the very beginning by Álvaro Uribe to pay off his friends and to cover up his and his government’s complicity in the unspeakable crimes of the AUC.

This should be enough reporting on the indignities the Colombian people suffer at the hands of criminals and the criminal government that bring suffering to every aspect of life here in Colombia. But it isn’t, there is one more atrocity to add. Read this story from The Colombian newspaper:

Up to 14,000 Colombian children recruited by armed groups

There are between 8,000 and 14,000 children involved in Colombia’s ongoing conflict, working for gangs and armed groups, according to figures released by an NGO on Friday to mark the International Day Against the Use of Child Soldiers.
The Humanitarian Diplomatic Mission, a Medellin-based NGO, reports that Colombia has the fourth-highest number of child soldiers in the world, behind Burma, Sudan, and the Congo.

“In the last two years, the conflict in Colombia has changed, and there are now children in the intermediate structures of these armed groups doing intelligence work and drug trafficking,” their report says.

Children as young as six are involved in the conflict, either carrying arms or doing intelligence work.

The level of violence against children in Colombia is “very high,” according to the report. Sergio Tapia, the NGO’s president, told Caracol Radio that, “We suspect that 10% of victims of paramilitaries are children,” and that thousands of these deaths have not been reported to authorities.

The International Day Against the Use of Child Soldiers, February 12, commemorates the UN protocol which came into force on this date in 2002, banning the recruitment of minors under the age of 18 into armed groups.

The report supports remarks made by Colombian Vice President Santos on Wednesday, in which he called the [Fuerzas Armadas Revolucionarias de Colombia] FARC’s recruitment of minors “a disgrace,” and expressed the government is very concerned about this phenomenon, the recruitment of children.

There was no mention of his friends and supporters, the paramilitars.