Corruption in Panama : Former President on the Lam 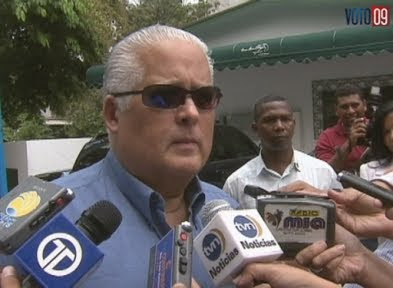 PANAMA CITY, Panama — On December 28 — ironically, the Day of the Holy Innocents, which is Panama’s functional equivalent of April Fools Day in the United States — prosecutors revealed that they had issued an order for police to arrest former President Ernesto “Toro” Pérez Balladares and bring him in for formal interrogation and possible preventive detention on charges that he laundered the proceeds of kickbacks he received from a gambling concession contract awarded by his administration. This was no joke.

The alleged crime is money laundering, arising from a 1997 no-bid gambling concession that the Pérez Balladares administration awarded to Lucky Games SA, a subsidiary of a mostly Spanish-owned investment group. It is alleged that a piece of that business went to a company controlled by Mr. Pérez Balladares, Shelf Holdings SA, and that from the concession’s inception up until the middle of this year Toro received a steady stream of payments from Lucky Games through Shelf Holdings.

The transactions allegedly took place through a complicated network of companies apparently controlled by or in the names of the former president’s close friends. Although a fairly damning paper trail has been published in some of the daily newspapers, Pérez Balladares denies that he has received anything from gambling concessions that his administration granted.

Rumors of the former president’s imminent arrest had been circulating for several days, and a few days before the arrest order was revealed a spokesperson said that he had left the country for Nicaragua on a personal visit. Pérez Balladares’s father was Nicaraguan, which could qualify him for Nicaraguan citizenship that could be an impediment to his extradition. But Migracion said that its records indicated that Toro was still in Panama.

On the afternoon of December 28 the National Police cordoned off part of the Panama Oeste residential area of Punta Barco, where the former president has his beach home. Meanwhile, Pérez Balladares’ lawyers went to court to file a motion to have the arrest warrant quashed. (In Panama, unlike most countries, the courts will entertain legal proceedings by a fugitive from justice and in political corruption cases this is the usual procedure.)

Having served as president from 1994 until 1999, Pérez Balladares was eligible to run for the presidency again in 1999 but after a humiliating loss in the intra-party delegate races for control of the Democratic Revolutionary Party (PRD) he shelved his plans to run in the party’s presidential primary, which in the end was narrowly won by Balbina Herrera. The PRD was routed in this past May’s general elections by Ricardo Martinelli and has been embroiled in severe infighting since then.

One of Toro’s great political liabilities is that he conspicuously flaunts great wealth but has never given any credible explanation as to its source. Over the years he has filed a number of criminal defamation charges and civil lawsuits against people who have suggested where he got his money.

In some diplomatic circles it is said that the fortune dates back to the times when General Omar Torrijos was dictator and Toro was not only a high-ranking economic policy maker but also reputedly the man who for the most part handled the general’s personal finances. However, no diplomat will spell out any details of how the fortune was amassed or even state the theory about the time and circumstances of its origins to a journalist for attribution.

Pérez Balladares was president of Panama when Bill Clinton was president of the United States, and the Clinton administration did a number of things to enrich Toro’s family, for example by incarcerating hundreds of Cuban rafters on an old US military firing range here where there was no water and giving a member of Toro’s family the contract to supply bottled water.

However, during Clinton’s time the U.S. government sought an extension of its tenure at some of the military bases in the old Canal Zone, under the guise of a multinational anti-drug center. Toro’s diplomats negotiated such a deal, but the PRD delegation in the legislature refused to go along with it, and after that the U.S. government began to leak a series of allegations about corruption on Pérez Balladares’s part.

These included participation in a scheme to provide Panamanian visas and passports to Chinese citizens seeking to illegally enter the United States and a scheme with American accomplices to obtain kickbacks in a concession to privatize the maintenance of Panama’s buoys and lighthouses. In recent weeks there have been convictions of at least two of the U.S. citizens involved in the latter scheme in U.S. federal courts.

Shortly after Toro left office in 1999, the U.S. State Department canceled his visa. Stating that such information is confidential, the State Department has never openly publicized its reasons for taking the actions that it did. For years Pérez Balladares employed top Washington attorneys and lobbyists in fruitless attempts to get his U.S. visa back.

(The pattern of Washington playing along with corrupt Panamanian politicians up to the point that the latter can or will no longer deliver what the U.S. government wants, at which point the Americans turn on such officials, has a number of precedents in U.S.-Panamanian bilateral relations. The most infamous of these is the case of one Manuel Antonio Noriega.)

The prosecution of former President Pérez Balladares comes at a time when two former education ministers from the PRD administration of Martín Torrijos are in jail awaiting trial on charges of corruption in building maintenance contracts. The party is split between those who would allow prominent PRD members facing corruption charges to fend for themselves and those who would rally behind the accused, alleging a partisan-motivated political witch hunt.

A series of prosecutions that touches scandals from the Pérez Balladares and Torrijos administrations but ignores the many scandals of the Moscoso administration could give the PRD the political circumstances it would need to make its case to much of the public. Prosecution of Moscoso-era corruption, on the other hand, might drive the Panameñista Party away from its alliance with President Martinelli’s Cambio Democratico.

Martinelli, however, has a fairly effective dodge — it is the semi-autonomous Public Ministry, headed by Attorney General Ana Matilde Gómez, that decides which cases get prosecuted and which do not. The president does not give orders to prosecutors and he can thus stand aside and tell anybody who asks that he’ll allow judicial processes to take their course without interference. This is what Martinelli is doing at the moment.

[Eric Jackson is editor of The Panama News.]