Counteracting the Backlash Against Clean Energy

What I think we miss is that probably less than a quarter of the population of the planet have heard of global warming, and of those left who have, at least half of them are in denial. And sadly, the deniers have plenty of backup from scientists. Although this is largely a factual argument, there is plenty of grassroots talking to be done to convince those who are in denial that this is an urgent issue. I don’t know about you, but I really worry about my grandkids. 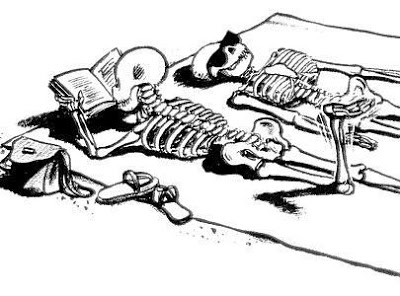 Don’t be too “Canadian” about the backlash – this is no time for Mr. Nice Guy

Watching the backlash against clean energy projects build in Canada has moved me to think about what Americans have learned from facing this same problem. I have been thinking and writing for several years about overcoming conflict-avoidance and the importance of standing up for “Big Truths” even at the price of criticizing fellow environmentalists.

It’s not that I’ve developed a mean streak. It’s that the environmental movement has reached an important point of division, between those who truly get global warming, and those who don’t.

By get, I don’t mean understanding the chemistry of carbon dioxide, or the importance of the Kyoto Protocol, or those kinds of things – pretty much everyone who thinks of themselves as an environmentalist has reached that point. By get, I mean understanding that the question is of transcending urgency, that it represents the one overarching global civilizational challenge that humans have ever faced.

In the U.S., there are all manner of fights to stop or delay every imaginable low-carbon technology. Wind, solar, run-of-river hydro – these are precisely the kinds of renewable energy that every Earth Day speech since 1970 has trumpeted. But now they are finally here – now that we’re talking about particular projects in particular places – people aren’t so keen.

Opponents of renewable energy projects point out (correctly) that they have impacts – there are (overstated) risks to birds from wind turbines, to fish from run-of-river hydro, that the projects mean “development” somewhere there was none and transmission lines where there were none before.

They point out (again correctly) that the developers are private interests, rushing to develop a resource that, in fact, they do not own, and without waiting for the government to come up with a set of rules and processes for siting such installations.

The critics also insist that there’s a “better” site somewhere – and again they’re probably right. There’s almost always a better site for anything. The whole business is messy, imperfect.

If we had decades to burn, then perhaps the opponents would be right that there’s a better site, and a nicer developer. There’s always a better site and a nicer developer. But in the real world, we have at most 10 years to reverse the fossil fuel economy. Which means we have to do everything quickly – conservation and plug-in cars and solar panels and compact fluorescents and 100-mile food and tree planting. And windmills, windmills everywhere there is wind, just like off the shores of Europe.

Whatever natural endowments a region is blessed to have, these are the basis for your green economy: solar in the deserts, wind where it’s windy, hydro where water’s falling, geothermal if you’ve got it. Do it all, and do it quickly.

In the ideal world, we’d do everything slowly and carefully – but this planet is rapidly becoming the worst of all possible worlds, a place that before my daughter dies may well see temperatures exceeding anything since before the dawn of primate evolution. A planet facing hundreds of millions of environmental refugees as a result of rising seas, with heat waves like the one that killed 35,000 in Europe becoming commonplace occurrences.

The evidence gets worse by the day: already whole nations are evacuating, the Arctic is melting and we have begun to release the massive storehouse of carbon trapped under the polar ice. Scientists figure the “safe” level of carbon dioxide in the atmosphere is about 350 parts per million. This is the most important number in the world. Go beyond it for very long and we will trigger “feedbacks” that will result in runaway warming spiralling out of any human control and resulting in a largely inhospitable planet.

We are already well beyond 350 and accelerating rapidly in the wrong direction.

So when local efforts to delay or stop low-carbon energy projects come into conflict with the imperative to act urgently on global warming, they have to take second place. Because even if we win every other battle, if we lose 350, it won’t make any difference at all. You can “keep” every river and bay and lake and mountain and wilderness, but if the temperature goes up 3 degrees globally, it won’t matter. The fish that live there won’t be able to survive, the trees that anchor the landscape will die, the coral reefs will bleach and crumble. Whatever the particular part of the world that we’re each working on, it’s still a part of the world. Global warming is the whole thing.

Believe me that I understand how difficult this is. I have spent a lifetime loving and fighting for the Adirondacks and other treasured areas. Perhaps you’ve spent your life fighting for birds, and I understand how wrenching it must be to acknowledge that “some birds may die from this wind farm.” But what 350 forces us to say is: every bird, every fish, and everything else that we know, is fundamentally at risk in the next few decades.

350 means it is too late to be arguing for theories or cool ideas. In the real world, the one where CO2 inconveniently traps solar radiation, you don’t get to argue for perfection.

And you would be right, just as every Earth Day speech is “right.” I’ve given my share of Earth Day speeches. And if we’re to have any chance of heading off catastrophic temperature increase, we have to do everything we can imagine, all at once. Hybrid cars and planting trees, windmills, energy conservation, carbon taxes, emissions caps, closing the coal plants and pressuring our leaders.

I understand the opposition to clean energy projects. And I would have supported the opponents years ago – before climate science became clear. I live in the mountains above Lake Champlain, where the wind blows strong along the ridgelines. I’ll battle to keep windmills out of designated wilderness if that ever comes up, but right now I’m joining those who are battling to get them built on the ridgeline nearest our home. And battling to see them not as industrial eyesores, but as part of a new aesthetic. The wind made visible.

The slow, steady turning that blows us into a future less hopeless than the future we’re steaming toward now.

[Bill McKibben is co-founder of www.zerocarboncanada.ca.]

This entry was posted in RagBlog and tagged Canada, Environment, Global Warming. Bookmark the permalink.

4 Responses to Counteracting the Backlash Against Clean Energy