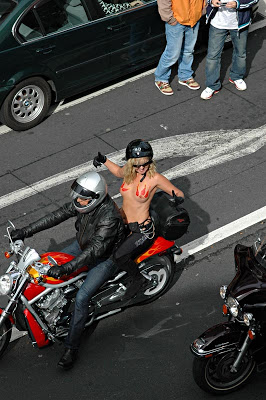 A note on the following post. Besides the fact that it’s entertaining news, we believe there to be a substantial civil liberties issue involved here and I, for one, consider erotica to be a legitimate form of protected expression.

But Judge Nicola Mathers said while opponents may find the parade offensive or tasteless, the fact that 80,000 people had gathered for a similar event last year meant a significant number of people did not agree with the critics, New Zealand Press Association said.

This entry was posted in RagBlog and tagged Censorship, Civil Liberties, Erotica, Freedom of Expression, Sexuality. Bookmark the permalink.