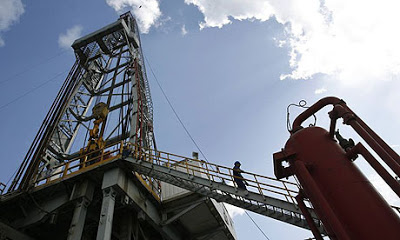 Friends and foes have called Cuba many things – a progressive beacon, a quixotic underdog, an oppressive tyranny – but no one has called it lucky, until now.

Mother nature, it emerged this week, appears to have blessed the island with enough oil reserves to vault it into the ranks of energy powers. The government announced there may be more than 20bn barrels of recoverable oil in offshore fields in Cuba’s share of the Gulf of Mexico, more than twice the previous estimate.

If confirmed, it puts Cuba’s reserves on par with those of the US and into the world’s top 20. Drilling is expected to start next year by Cuba’s state oil company Cubapetroleo, or Cupet.

“It would change their whole equation. The government would have more money and no longer be dependent on foreign oil,” said Kirby Jones, founder of the Washington-based US-Cuba Trade Association. “It could join the club of oil exporting nations.”

“We have more data. I’m almost certain that if they ask for all the data we have, (their estimate) is going to grow considerably,” said Cupet’s exploration manager, Rafael Tenreyro Perez.

Havana based its dramatically higher estimate mainly on comparisons with oil output from similar geological structures off the coasts of Mexico and the US. Cuba’s undersea geology was “very similar” to Mexico’s giant Cantarell oil field in the Bay of Campeche, said Tenreyro.

A consortium of companies led by Spain’s Repsol had tested wells and were expected to begin drilling the first production well in mid-2009, and possibly several more later in the year, he said.

Cuba currently produces about 60,000 barrels of oil daily, covering almost half of its needs, and imports the rest from Venezuela in return for Cuban doctors and sports instructors. Even that barter system puts a strain on an impoverished economy in which Cubans earn an average monthly salary of $20.

Subsidised grocery staples, health care and education help make ends meet but an old joke – that the three biggest failings of the revolution are breakfast, lunch and dinner – still does the rounds. Last month hardships were compounded by tropical storms that shredded crops and devastated coastal towns.

“This news about the oil reserves could not have come at a better time for the regime,” said Jonathan Benjamin-Alvarado, a Cuba energy specialist at the University of Nebraska.

However there is little prospect of Cuba becoming a communist version of Kuwait. Its oil is more than a mile deep under the ocean and difficult and expensive to extract. The four-decade-old US economic embargo prevents several of Cuba’s potential oil partners – notably Brazil, Norway and Spain – from using valuable first-generation technology.

Even so, Cuba is a master at stretching resources. President Raul Castro, who took over from brother Fidel, has promised to deliver improvements to daily life to shore up the legitimacy of the revolution as it approaches its 50th anniversary.

Cuba’s unexpected arrival into the big oil league could increase pressure on the next administration to loosen the embargo to let US oil companies participate in the bonanza and reduce US dependency on the middle east, said Jones. “Up until now the embargo did not really impact on us in a substantive, strategic way. Oil is different. It’s something we need and want.”

Thanks to Diane Stirling-Stevens / Source / The Guardian

This entry was posted in RagBlog and tagged Cuba, Oil Drilling, Oil Exploration. Bookmark the permalink.