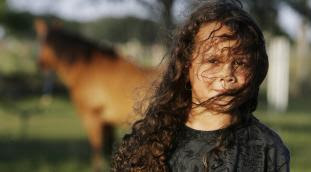 A small rural school district in Fort Bend County and a determined mother are tangled in a dispute over hair.

But the leaders of the Needville school district have strict rules about long hair on boys and don’t see any reason to make an exception in his case.

The dispute illustrates a problem American schools have faced for decades: how to balance individual student rights against rules designed to maintain order and discipline in the classroom.

The case also shows that some rural Texas school districts often have stricter grooming codes that reflect the traditional or old-fashioned values of small-town America when compared to those in big-city school districts such as Houston’s.

According to a legal expert, courts have repeatedly backed school districts in numerous lawsuits. But the same courts have granted students and parents some rights when it comes to hairstyles tied to religion.

“Every sort of legal challenge that could spring into the creative mind of a lawyer has been brought,” said Joy Baskin, an attorney for the Texas Association of School Boards. “Time after time, courts have said that it is not unreasonable to regulate dress and grooming.”

Appeal to school board

Betenbaugh’s fight started in May when she told Needville school officials she planned to move to Needville from her Meadows Place home over the summer and enroll her son in kindergarten.

She told officials that Adriel had waist-length hair and she wanted to keep it that way. She said her husband is of Apache heritage and the tribe’s religious practices call for men to wear their hair long.

“His dad is of Native American descent, so we have chosen to raise him with certain beliefs in place, one of them being that his hair is sacred and we don’t cut it,” she said.

But Needville administrators said the boy’s hair would have to be cut.

Betenbaugh said she plans to appeal the decision to the school board Wednesday, and if the board rules against her she will fight in court.

Betenbaugh will be taking on the Needville Independent School District, a system of 2,596 students surrounded by farm and ranch country. The town is tight-knit, and many of the children at the Needville schools are third- and fourth-generation students.

Superintendent Curtis Rhodes, a Needville High graduate himself, said he talked to Betenbaugh about the dispute and decided no exception should be granted to the rule.

“What is their religious belief that defies cutting hair and following our policies?” Rhodes said. “They have not produced any information except they are Native American Indians.”

Rhodes said if the family can provide more specifics, the district would reconsider the case.

Needville’s dress and grooming code, which does not allow hair past the collar or eyes, is similar to other rural districts’ in the Houston region.

In the Devers school district in Liberty County, boys cannot wear hair below the collar.

“I would consider it pretty much a rural community with the basic tenets and beliefs that go with that,” said superintendent Larry Wadzek.

Wadzek said controversies over hair rarely come up and the district has never had to go to court over it.

Baskin said school districts have had more success enforcing dress codes because courts have ruled that clothing can be disruptive, which creates distractions in the classroom.

No plans to move

A federal appeals court has said schools can also set rules about hair but that accommodations can be made for religious reasons.

“Religion is probably one of the few or only areas where students are going to be afforded a greater protection,” Baskin said.

Baskin said the reason rules regarding dress and grooming are imposed is that educators believe the classroom environment is more orderly with those guidelines in place.

“The students have better attendance, have better disciplinary behavior, and it has alleviated tension among students who might be distracted by dress,” she said.

Baskin said Texas has a religious freedom law that basically says a governmental unit can’t pass a rule that infringes on a person’s good-faith exercise of religion unless an exemption would cause an undue hardship for the governmental unit.

Baskin said many Native American tribes include hair length as a religious belief and if the case is litigated, a court will have to consider a number of factors. “Where does the religious tenet come from? Is it an organized religion or a personal set of beliefs?” she said.

Meanwhile, Betenbaugh said she is ready to fight the Needville rule and has not considered moving to another school district with a less stringent hair code.

“It would just teach our son that it is easier to roll over and do what you’re told and not stand up for your rights,” she said.