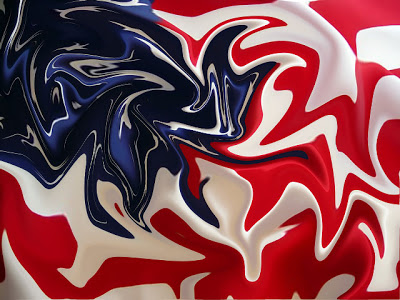 The term class war has been extricated from the archives of another era, while divisions over the future of the economy have become a battleground in which the adversaries yell at each other, but rarely engage in any discourse with each other in a shared language.

The worse things get, the harder it is for people to agree on what to do.

This is a month known in the USA for the “March Madness” college basketball finals, but the madness seems now to be oozing from sports arenas into political capitols.

In the Middle East, all the political turmoil will ultimately impact on a regional economy built on the flow and price of oil, contends author/historian Michael Klare:

Whatever the outcome of the protests, uprisings, and rebellions now sweeping the Middle East, one thing is guaranteed: the world of oil will be permanently transformed. Consider everything that’s now happening as just the first tremor of an oilquake that will shake our world to its core.

Back in the once thought of as “stable” United States, the economic crisis has finally spurred a confrontation between right and left with noisy protests following threatened crackdowns on union rights to collective bargaining, and cutbacks on social programs.

Conservatives hype the austerity programs that divided and created chaos in Ireland as the model Americans should be following.

The irony is that the things that the Heritage (Foundation) praises about Ireland’s economy are what drove it to the brink of extinction… Ireland followed the same tax-cutting, deregulating conservative economic path to its misfortune that led America to its own. That Ireland stands as an example of austerity’s epic failure, makes it even more mystifying that conservatives keep spotlighting the clearest example of the disastrous impact of conservative economic policy.

Activists in the sweltering heat of Egypt hold up signs praising protesters in Wisconsin while the shivering public workers in the snow of Madison talk about struggling “like an Egyptian.”

Who would have thunk?

The poet Yeats once wrote that things fall apart when the center doesn’t hold, and his words seem prophetically appropriate to the unraveling now underway in the U.S. with fierce political combat paralyzing the Congress and rhetoric escalating into a realm beyond the rational.

Even as a film won an Academy Award for calling the collapse of the economy an “inside job,” there is no consensus on the causes of the financial crisis.

The debate about what to do, and whether or not to punish wrongdoers, rages on even as the media looks away from the consequences — the armies of permanently unemployed and growing foreclosures.

Politicians only worry about public budgets, not the private pain of their constituents.

An ideological fight over policy footnotes is considered de rigueur but the suffering of those unable to cope with cutoffs of benefits, rising gas and food prices, and growing despair, is considered a “bummer.”

Many Democrats want so badly to move on that they avoid discussions of Wall Street crime and massive fraud. The President sees all that as unproductive because his new focus is to “win the future.” Believe it or not, that slogan comes from a book by Newt Gingrich.

The White House deliberately stayed away from protests in Wisconsin, later scolding the Democratic Party apparatus after learning that it was urging supporters to back worker protests. For them, such pro-union activism was decidedly off-message, reports The New York Times.

And so much for the Financial Crisis Inquiry Commission report with 633 pages of documented analysis about how the system imploded. That was last week’s non-story.

Republicans want to change the subject and have found new theories to divert attention and/or make the debate so complicated that no one except some Ph.D.’s can follow it.

And even they have problems doing so.

Fed head Ben Bernanke who ignored calls to stop mortgage fraud when it might have made a difference now says that the crisis was caused by China.

It’s all their fault!

The Chinese meanwhile buy up American debt and keep our system going.

The right conspiracy theorists have a new explanation to amuse themselves with as well: the crisis was caused by terrorists.

The Washington Times, a newspaper owned by the Moonies, reports:

Evidence outlined in a Pentagon contractor report suggests that financial subversion carried out by unknown parties, such as terrorists or hostile nations, contributed to the 2008 economic crash by covertly using vulnerabilities in the U.S. financial system…

That just about throws all the “bad guys” they could come up with into one big barrel of ducks to shoot at. Never mind, that this “revelation” is vague and totally undocumented.

On the left, artists explore apocalyptic themes, not a serious activist response. One new exhibit is called “The Days of this Society Are Numbered.”

Inspired by a famous statement by French thinker Guy Debord, proclaiming that THE DAYS OF THIS SOCIETY ARE NUMBERED, this exhibition plays with the notion that at the beginning of the XXI century one is experiencing a period of fin de siècle, in which the state of affairs is questioned and a collective anxiety is emerging, a situation caused by the feeling of political, economic, and cultural crisis that is permeating the Western world and is creating a social entropy.

Perhaps there is something in the water or the political ether that precludes any agreement on facts, much less a consensus on what to do about them.

Resolve on punishing mortgage fraudsters has gotten caught up in arcane debate over obtuse contractual language. Even as “pervasive fraud” was documented by the FBI, no one, least of all the regulators, can agree on who is responsible and what the fines and penalties should be.

It’s clear that denial is not just a river in Egypt. Reports The New York Times, “as the negotiations grind on, there are signs that the banks have still not come to grips with the problems plaguing the foreclosure process.”

The newspaper of record does not look at the record to note that big banks may have no interest in coming “to grips” with charges that they defrauded their customers.

It is one thing to point out a sorry reality, that the rich and powerful often get away with abuses while ordinary citizens seldom do. It’s quite another to present it as inevitable.

It would be far more productive to isolate what are the key failings in our legal, prosecutorial, and regulatory regime are and demand changes. The fact that financial fraud cases are often difficult does not mean they are unwinnable.

Winnable or not, there seems to be rational calculation — even a carefully constructed strategy — behind the increasingly irrational political debate.

Perhaps it’s a form of a calculated lack of “intelligent design” that belongs right up there with classic political strategies in which invented realities and message points become believable they more they are repeated.

George Bush once contrasted a fact-based political order with his preferred faith-based one. That’s why all the exposes of his WMD claims in Iraq rolled off his back and never stuck.

The madness this month is like a chicken that has come home to roost, reminding us again that the only time we can tell when a politician is lying is when his or her lips start moving.

[News Dissector and blogger Danny Schechter directed Plunder The Crime of Our Time, a film assessing the financial crisis as a crime story. Comments to dissector@mediachannel.org.