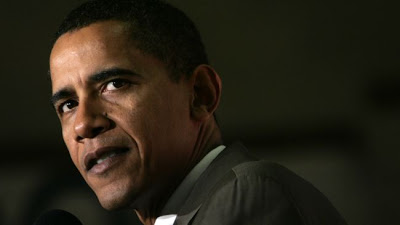 Just this week he reportedly begged his supporters to send more money as donations fall off. He may be panicking.

There were two American elections this past week that spoke to the power of incumbency. Despite corruption charges, the venerable Black Democrat Charles Rangel, now in his 80’s, was reelected to Congress by his Harlem constituency.

Orin Hatch, a cranky conservative Republican beat back a challenge to his Senate seat from harder right Tea Partiers in Utah.

It takes a lot to unseat an American politician with seniority.

Barack Obama is hoping that he too will be returned to office despite all the money and conservative fervor trying to topple him. Never in history has so much lucre and political animus been targeted at one politician.

The Supreme Court’s ratification of key provisions of his health care “reform” will buttress his appeal, giving him some new bragging rights at a time when the economy remains depressed. Yet, even his former Economic Advisor Larry Summers says the economy will not rally enough to help him.

So, to try to change the media focus, he has increased global war making to burnish his image as a patriotic hardliner. The tougher sanctions he backed against Iran are soon in effect but ironically; they may lead to a backlash if oil prices rise, as they are likely to.

This race is not just a right-left battleground. Obama is under fire from his own supporters for failures and perceived betrayals linked in large part to his foreign policy, not health care or advocacy for it, same sex marriage, or immigration reform.

In some ways, this year’s contest echoes the way the anti-Vietnam war movement rallied against the then pro-war “liberal” Democrat Hubert Humphrey in 1968.

1968 is remembered as a year of surging protests the world over just like today. Activism was at a high point in America too, so when the Democrats chose a candidate stuck in a cold-war pro war stance, there was a rebellion against the party by its own faithful. There were protests in the streets at the Democratic Convention in Chicago and growing support for an electoral challenge by Bobby Kennedy.

Democrats were at war with each other even as the Republican candidate Richard Nixon claimed to have a plan to end the war. As we know, Nixon’s plan was an escalation but he won, only to be driven from office two years later.

While liberal advocacy groups like MoveOn and some environmental coalitions rally to Obama largely because the alternative is considered much worse, criticisms of his hawkishness, caution, and centrism among progressives reaches a fever pitch. In fact, just this week he reportedly begged his supporters to send more money as donations fall off. He may be panicking.

Barack Obama received a blast last week from one of his former Harvard law professors who made the case that he “must be defeated.”

Roberto Unger’s argument boils down to a damning indictment spelling out charges that the President has betrayed the progressive cause and those who militated for his election. The alleged betrayal is all the more painful, Professor Unger says, because it reveals a man who never was what he claimed to be.

Deep down, he is a conventionally conservative person — not just a politician who bowed to electoral expediency. Moreover, he claims that Obama has nailed the lid on the coffin of the Democratic Party that has veered sharply away from its historical constituency and principles.

How can one approve what he has done? How can one express approval of the man himself? Can one do so with a clear conscience? This question cannot be cavalierly cast aside as an exercise in vanity, as a naïve indulgence of misplaced moral purity.

It is true that the morality of individual action and ultimate ends always co-exists uneasily with standards of political ethics. But the two cannot always be reconciled. Is it unreasonable for someone to feel in his heart that he cannot tolerate pulling the Obama lever — that the act itself sullies and degrades who he is? That it could even hamper his future ability to carry on as a public person with a sense of integrity unimpaired? I personally do not find it unreasonable.

Maybe not unreasonable but is it realistic? Some on the left think so, believing that a conservative Romney Administration will make a clearer target than a waffling Obama one.

Others say, no, we must hold our nose and vote for him and hold on to the White House as a brake against what will certainly be worse.

Blacks and Latinos are rallying behind Obama for cultural reasons a well as political ones. At the same time, some more traditional Democrats are furious with what they see as his elitism, conservatism, and wrong-headedness.

Jimmy Carter has attacked the White House on human rights lapses for violating 10 of the 30 articles of the Universal Declaration of Human Rights, as he wrote in a New York Times op-ed. He sees the Obama Administration as abandoning its role as the global champion of human rights. Instead of making the world safer, America’s violation of international human rights abets our enemies and alienates our friends, Carter argues.

Many of his former supporters are disillusioned. He has done little to even try to sustain their loyalty, having downsized and downplayed his “Organizing for America” initiative that was supposed to build grass roots support for his reform agenda.

He abandoned the outreach effort to build an outside force to focus on the compromise-ridden “inside game” of beltway politics.

The reservations by intellectuals are felt across the activist spectrum, among the Wall Street occupiers and anti-war activists. The anti-war groups and their supporters fear that because of setbacks on the economic front at home, he will escalate his role as “warrior in chief” and perhaps provoke a war with Iran to rally Americans to back his Administration because it is defending them against danger.

Do the majority of Americans care about these issues that are treated mostly uncritically in our media? No, says Daniel Drezner in Foreign Policy magazine,

The overwhelming majority of Americans do not give a flying —- about the rest of the world. Really, they don’t. Take a look at poll numbers about priorities for the 2012 presidential campaign, and try to find anything to do with international relations. There ain’t much. It’s almost all about the domestic economy.

So far, it’s mostly the hard right that hates Obama, but some on the left now have come to believe the worst as well. Like those who want to deny Obama’s legitimacy by questioning his claims to being an American citizen, left-leaning investigative reporter Wayne Madsen argues that Obama was a long term CIA agent, an Indonesian, not a Kenyan, and deeply immeshed in covert activities and cover-ups starting with his own identity.

He spells out his theory in a book called The Manufacturing of a President. contending,

Obama’s birth certificate has never been the issue. The real issue, which affects his eligibility to serve as President of the United States, is his past and likely current Indonesian citizenship. The reader will be taken through the labyrinth of covert CIA operations in Africa, Southeast Asia, South Asia, and other regions. The real history of President Obama, his family, and the CIA quickly emerges as the reader wades into the murky waters of America’s covert foreign operation.

I am not sure we need such a complex plot when a much simpler one will do. Washington is run by unelected forces — in the financial system, the corporate world, and the Military-Industrial-Media Complex.

That’s who Rules America. Politicians know it, and are increasingly dependent on their largesse.

Whoever wins, they will remain in power.