Danny Schechter : WikiLeaks and the Fetish of Secrecy 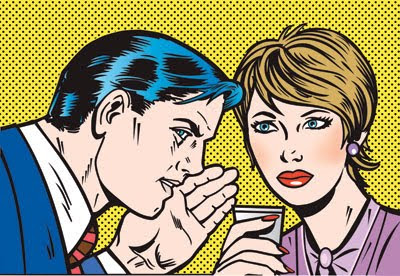 Graphic from APS.
Wikileaks and the secrets that deceive us

It’s the age-old battle between our right to know and their right to keep us from knowing.

In the days of Stalin’s Russia, not only would dissidents “disappear” but also, even in the pre-digital era, photographs of officials at May Day reviewing stands would be erased from photographs when their political stars fell. Our own “Kremlinologists” would know who was in, and who was out by comparing last year’s pictures with this years.

That’s one way of concealing information.

Last week, reports Shahien Nasiripour of The Huffington Post, all four Republicans on the commission voted to exclude the following terms from the report: “deregulation,” “shadow banking,” “interconnection,” and, yes, “Wall Street.”

When Democratic members refused to go along with this insistence that the story of Hamlet be told without the prince, the Republicans went ahead and issued their own report, which did, indeed, avoid using any of the banned terms.

In our media today, omission of images and ideas is as key to sanitizing the news as is commission, What is not reported or perhaps even known is often more important than stories that are twisted by bias.

Enter WikiLeaks and an age-old battle between our right to know and their right to keep us from knowing. Its critics make a fetish about keeping secrets as if it is a holy duty and not a system of keeping the public uninformed about what their government is doing in its name.

The public has a right to know if officials are saying one thing in private and another in public, if they are concealing information or just plain lying.

The Pentagon Papers showed us that wars could be waged deceptively, based on deliberate falsehoods. WikiLeaks revelations about the Iraq and Afghanistan wars tell a similar story. We have learned how torture and civilian deaths were pervasive — and covered up.

Veteran investigative reporter Bob Parry argues that in the national security area, journalists — and the people — need leaks from officials of conscience.

Whatever the unusual aspects of the case, the Obama administration’s reported plan to indict WikiLeaks founder Julian Assange for conspiring with Army Pvt. Bradley Manning to obtain U.S. secrets strikes at the heart of investigative journalism on national security scandals.

That’s because the process for reporters obtaining classified information about crimes of state most often involves a journalist persuading some government official to break the law either by turning over classified documents or at least by talking about the secret information. There is almost always some level of “conspiracy” between reporter and source.

Contrary to what some outsiders might believe, it’s actually quite uncommon for sensitive material to simply arrive “over the transom” unsolicited. Indeed, during three decades of reporting on these kinds of stories, I can only recall a few secret documents arriving that way to me.

It’s not just the government that hides behind secrecy rules it puts in place. The private sector does too — with the complicity of much of the media, which did not warn us about the financial crisis that was building. We didn’t learn about the pervasive fraud in the banking and real estate industries and still don’t know the full extent of the crimes of Wall Street.

Do we have to wait for historians to tell us that the stories we are being told are a crock?

Anyone remember reading about the Spanish American war? That’s the one which also marked the beginnings of “yellow journalism” when screaming headlines and falsified photos were used to mobilize the public for war.

Back then, at the turn of the last century, an American battleship, the USS Maine, sank in Havana Harbor. The incident sparked a battle cry, “REMEMBER THE MAINE.” We were told that “THEY” sank it. The incident led to war which later spread to the Philippines at a cost of six million lives.

Eighty years later, a submersible submarine went down to the remains of the Maine on the harbor floor. What they found was that no one — no terrorists, no Spaniards, no Cubans, nobody sank the Maine. There had been an accident in the engine room. The whole war was based on a well publicized event that never happened.

If we had known that at the time, many lives would have been saved and U.S. foreign policy might not have gone in an imperial direction.

So, back to today:

What do we gain from persecuting and prosecuting Bradley Manning who was among three million people with access to the diplomatic cables we are now reading about? What will we gain by jailing or killing (as some right wingers advocate) Julian Assange, who is already being called “the Che Guevara of the Information Age”?

The CIA’s murder of the original Guevara created a global martyr whose image is still among the most popular icons in the world. Guevara had his own problems with hostile women. One, Molly Gonzales, tried to break through barricades upon his arrival in New York with a seven-inch hunting knife. He later became famous for saying, “the true revolutionary is guided by a great feeling of love.”

Assange is being accused of sexual crimes in Sweden, a country, ironically, recently condemned by Amnesty International for not enforcing its own laws against rape. Now, the WikiLeaker-in-chief, is being targeted by the leak of a Swedish police document detailing charges against him. (They are charges, not facts, and may be serious under Swedish law.)

The ongoing and well-orchestrated war on WikiLeaks is also outraging millions worldwide who see the United States as a secretive and manipulative colossus that lives on lies and deception.

For many, this issue has reached a level of hysteria which, like the “Red Hunts” of the 1920s and the commie “crimes” of the cold war era, will only bring more shame to a Washington desperate to change the story away from the content of the leaked cables to allegations of wrongdoing by Assange. The Administration is also virtually torturing the man who dumped the documents, Bradley Manning, in Gitmo-like conditions, in an effort to turn hum against Assange. He has yet to be tried.

We can’t put the leaks genie back in the bottle. We might do better reflecting on the meaning of these disclosures for our democracy and media. The big secret is the one we don’t want to see: that we are building support and respect for WikiLeaks even as officials fulminate against it.