Although we posted about this previously, this article adds more detail to the debacle that Guantanamo has become. We call on the Bush administration to own up to this failure, dismantle the mechanism of military tribunals, release the illegally held prisoners, and close down Guantanamo. 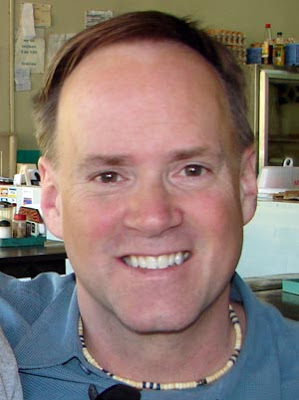 Lt. Col. Darrel J. Vandeveld is at least the fourth Guantanamo
Bay prosecutor to resign under protest.
Guantanamo prosecutor who quit had ‘grave misgivings’ about fairness
By Josh Meyer / October 12, 2008
.
Convinced that key evidence was being withheld from the defense, Lt. Col. Darrel J. Vandeveld went from being a ‘true believer to someone who felt truly deceived’ by the tribunals.

WASHINGTON — Darrel J. Vandeveld was in despair. The hard-nosed lieutenant colonel in the Army Reserve, a self-described conformist praised by his superiors for his bravery in Iraq, had lost faith in the Guantanamo Bay war crimes tribunals in which he was a prosecutor.

His work was top secret, making it impossible to talk to family or friends. So the devout Catholic — working away from home — contacted a priest online.

Even if he had no doubt about the guilt of the accused, he wrote in an August e-mail, “I am beginning to have grave misgivings about what I am doing, and what we are doing as a country. . . .

“I no longer want to participate in the system, but I lack the courage to quit. I am married, with children, and not only will they suffer, I’ll lose a lot of friends.”

Two days later, he took the unusual step of reaching out for advice from his opposing counsel, a military defense lawyer.

“How do I get myself out of this office?” Vandeveld asked Major David J.R. Frakt of the Air Force Reserve, who represented the young Afghan Vandeveld was prosecuting for an attack on U.S. soldiers — despite Vandeveld’s doubts about whether Mohammed Jawad would get a fair trial. Vandeveld said he was seeking a “practical way of extricating myself from this mess.”

Last month, Vandeveld did just that, resigning from the Jawad case, the military commissions overall and, ultimately, active military duty. In doing so, he has become even more of a central figure in the “mess” he considers Guantanamo to be.

Vandeveld is at least the fourth prosecutor to resign under protest. Questions about the fairness of the tribunals have been raised by the very people charged with conducting them, according to legal experts, human rights observers and current and former military officials.

In a declaration and subsequent testimony, he said the U.S. government was not providing defense lawyers with the evidence it had against their clients, including exculpatory information — material considered helpful to the defense.

Saying that the accused enemy combatants were more likely to be wrongly convicted without that evidence, Vandeveld testified that he went from being a “true believer to someone who felt truly deceived” by the tribunals. The system in place at the U.S. military facility in Cuba, he wrote in his declaration, was so dysfunctional that it deprived “the accused of basic due process and subject[ed] the well-intentioned prosecutor to claims of ethical misconduct.”

Army Col. Lawrence J. Morris, the chief prosecutor and Vandeveld’s boss, said the Office of Military Commissions provides “every scrap of paper and information” to the defense. Morris said that Vandeveld was disgruntled because his commanding officers disagreed with some of his legal tactics and that he “never once” raised substantive concerns.

Morris said last week that he had no idea why Vandeveld had become so antagonistic toward the tribunal process, adding that the lieutenant colonel’s outspokenness angered him because it was unfair and was a “broad blast at some very ethical and hardworking people whose performances are being smudged groundlessly.”

Vandeveld, who was prosecuting seven tribunal cases — nearly a third of pending cases — has declined to be interviewed about the particulars of the Jawad case. But he did engage in a series of e-mails with The Times about his general concerns, before being “reminded” last week that he could not talk to the press until his release from active duty was final. In the future, he said, he plans to speak out.

“I don’t know how else the creeping rot of the commissions and the politics that fostered and continued to surround them could be exposed to the curative powers of the sunlight,” he said. “I care not for myself; our enemies deserve nothing less than what we would expect from them were the situations reversed. More than anything, I hope we can rediscover some of our American values.”

Some tribunal defense lawyers are preparing to call Vandeveld as a witness, saying that his claims of systemic problems at Guantanamo, if true, could alter the outcome of every pending case there — and force the turnover of long-sought information on coercive interrogation tactics and other controversial measures used against their clients in the war on terrorism.

For years, defense lawyers and human rights organizations have raised similar concerns in individual cases. “But we never had anyone on the inside who could validate those claims,” said Michael J. Berrigan, the deputy chief defense counsel for the commissions.

Before the Sept. 11 terrorist attacks, Vandeveld led a relatively placid life outside Erie, Pa., with his wife and four children. He worked as a senior deputy state attorney general in charge of consumer protection in the region, and he served on his local school board in Millcreek Township.

Anyone who knows him, Vandeveld, 48, told The Times, “will probably tell you that I’ve been a conformist my entire life, and [that] to speak out against the injustice wrought upon our worst enemies entailed a weather shift in my worldview.”

Mark Tanenbaum, an English teacher whose children are friends with Vandeveld’s, remembers talking to him while sitting around campfires at high school gatherings. “We talked a lot about religion. I’m Jewish. We’d talk about faith, value-based philosophy. We were kindred spirits in this.

“With him, it is all about doing the right thing.”

Vandeveld, called to active duty after 9/11, received glowing evaluations as a Pentagon legal advisor and judge advocate in Bosnia, the Horn of Africa and Iraq. “An absolutely outstanding, first-class performance by an extraordinarily gifted, intelligent, knowledgeable and experienced judge advocate, whose potential is utterly unlimited,” his commanding officer, Gen. Charles J. Barr, wrote in his June 2006 evaluation. “One of the corps’ best and brightest. Save the very toughest jobs in the corps for him.”

From his Iraq assignment, Vandeveld went to Guantanamo, where he began locking horns over the Jawad case with Frakt — a law professor at Western State University in Fullerton and a former active-duty Air Force lawyer who volunteered for the tribunals.

Frakt believed that his Afghan client was, at worst, a confused teen who had been brainwashed and drugged by militant extremists who coerced him into participating in a grenade-throwing incident with other older — and more guilty — men. He insisted that the prosecution was withholding key information or not obtaining it from those at the Pentagon, CIA and other U.S. agencies that had investigated and interrogated Jawad.

Vandeveld believed that Jawad was a war criminal who had been taught by an Al Qaeda-linked group to kill American troops and, if caught, to make up claims he had been tortured and was underage. Vandeveld insisted that he had been providing all evidence to the defense.

But by July, Vandeveld told The Times, he had grown increasingly troubled. He kept finding sources of information and documents that appeared to bolster Frakt’s claims that evidence was being withheld — including some favorable to the defense, such as information suggesting that Jawad was underage, that he had been drugged before the incident and that he had been abused by U.S. forces afterward.

Vandeveld also was having difficulty obtaining authorization to release documents in his possession to the defense.

On Aug. 5, he e-mailed Father John Dear, a well-known Jesuit peace activist. Dear, who boasts of being arrested 75 times in protests, encouraged him to act, saying he might “save lives and change the direction of the entire policy.”

With Frakt pressing for the charges against Jawad to be dismissed due to “outrageous government misconduct,” Vandeveld proposed a plea agreement under which Jawad, now thought to be 22, could return to Afghanistan for rehabilitation. But his superiors rejected it, Vandeveld said.

By late August, he had told Frakt that there were other “disquieting” things about Guantanamo and that his superiors were refusing to address them or to let him quietly transfer out, Frakt said in an interview.

“Now might be a good time to take a courageous stand and expose some of the ‘disquieting’ things that you have alluded to, whatever they may be,” Frakt replied in a Sept. 2 e-mail, noting that there would soon be a change of administrations in Washington.

“It wouldn’t be a bad idea to distance yourself from a process that has become largely discredited, or at least distinguish yourself as one of the good guys, an ethical prosecutor trying to do the right thing,” Frakt wrote.

On Sept. 9, Vandeveld e-mailed Dear to say he had resigned from the Guantanamo military tribunals: “The reaction was the expected outrage and condemnation. I have and will maintain my equanimity and, while scared for me and for my family, know that Christ will watch over me.”

That, however, was only the beginning. In late September — after the military, according to Frakt, initially tried to block it — Vandeveld testified by video link for the defense, saying he believed that insurmountable problems with the tribunals might make them incapable of meting out justice fairly.

Morris said that Vandeveld is not qualified to speak about system-wide problems at Guantanamo. But Frakt said that he is and that Vandeveld’s testimony and declaration only scratched the surface of his concerns, judging by their extensive conversations and hundreds of e-mail exchanges.

“There is a lot more that he knows,” Frakt said.