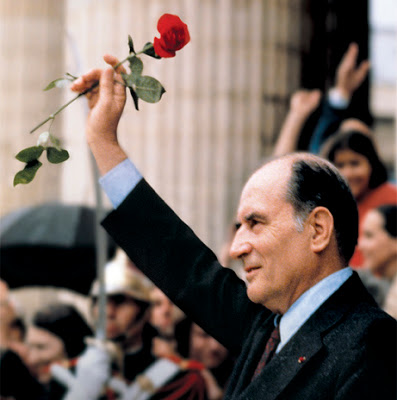 Socialist Francois Mitterrand was the fourth President of France, elected under the Fifth Republic, serving from 1981 until 1995. Image from agen-demain.fr.
Letters from France V:
Nationalization and French socialism


It is in Western Europe where we see the most successful efforts to protect the commons while simultaneously nurturing a vibrant private sector in the context of political democracy.

[This is the fifth in a series of dispatches from France by The Rag Blog‘s David P. Hamilton.]

PARIS — Nationalization is the process of a government taking a private property into public ownership. The motives for nationalization may be both political and economic. It is a central socialist principle that the state should control the principal means of production and distribution so that they operate for the general welfare.

This allows for democratic control over the means whereby people earn their living, a fair allocation of output, consolidation of resources, rational planning of the economy, and potentially the enhancement of public finance.

Everyone from Alan Greenspan to Fidel Castro believes in a mixed economy with both a public and private sector. More than any other advanced industrialized country, the U.S. has historically favored the greatest degree of private ownership and the most meager public sector outside the military.

Practically nothing in the U.S. is nationalized. Everything possible, now including much of the military, is privatized.

At the other end of the spectrum, until recently Cuba nationalized almost everything. At the beginning of this year, 85% of the labor force worked for the government. Now belatedly Cuba has decided it needs a private sector and is in the process of dropping over half a million underutilized employees from the government payroll, encouraging them to start small businesses.

Like most European countries with a historically strong socialist movement, France is somewhere in the middle. Essential services are nationalized and the government owns significant if not controlling shares in otherwise private institutions in the commanding sectors of the economy.

The question is where to draw the line between public and private. What does government need to control in order to protect the interests of its citizens as a community? What should be the exclusive preserve of private enterprise and, recognizing capitalism’s imperative to grow and its inherently exploitive nature, to what level should that growth be allowed and how should it be regulated? What is the proper balance?

It is in Western Europe where we see the most successful efforts to protect the commons while simultaneously nurturing a vibrant private sector in the context of political democracy. Typically, this achievement is the result of many generations of socialist struggle. The economies that most characterize this achievement are the nucleus of the European Union, an economic unit equal in size to that of the U.S. 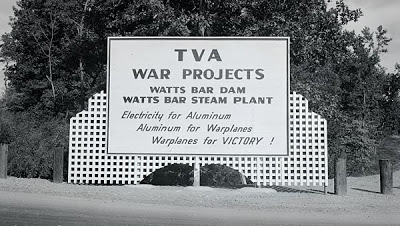 In 1971, the National Railroad Passenger Corporation was nationalized and became Amtrak to relieve the existing companies of their legal responsibility to provide inter-city passenger service, which they maintained could not be done profitably. Hampered by politicians who fear the success of public enterprises, it has languished in mediocrity ever since.

For the same reason, in 1973, six bankrupt railroads were nationalized to become Conrail in order to preserve freight rail service throughout the Northeast. Once reorganized and modernized, they were reprivatized in 1987. In the late 1980’s, hundreds of failed savings and loan associations were taken over, but quickly reprivatized.

After the September 11, 2001 attacks, the airport security industry was nationalized to become the Transportation Security Administration. In 2009, the government bought most of the stock in the bankrupt General Motors, but President Obama assured us it was only a temporary measure and new private stock in the company has since been put on the market.

It is clear that the U.S. government has been extremely reluctant to nationalize anything. It has only done so during wartime or when the private corporations providing essential public services were bankrupt, inept, or both.

France has experienced two great periods of nationalization. The first was immediately after World War II and initially took place under a government led by the conservative Charles de Gaulle.

These postwar nationalizations resulted from two principal factors. First, the need to rebuild basic infrastructure severely damaged during the war in the most expeditious and focused manner in a country long used to centralized decision making. Second, the relatively high degree of collaboration with Nazi occupation on the part of the capitalist class on the one hand, and relatively high degree of participation in the Resistance by communist and socialist elements on the other, gave the latter a dominant voice.

Renault was specifically nationalized because of its owner’s collaboration with the Nazis. The pre-war French public health care system that covered only workers, was expanded to cover everyone, essentially the nationalization of the health insurance industry. Also in 1945-46, many important banks, the Electricité de France, Gaz de France and Charbonnages de France (coal production) were nationalized. 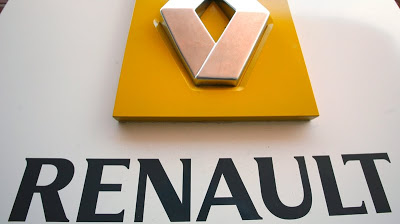 Renault was specifically nationalized because of its owner’s collaboration with the Nazis.
These were added to the railroads, the Société Nationale des Chemins de Fer Francais (SNCF), which had been nationalized in 1938 in preparation for war. In 1948, these were joined by the Règie Autonome des Transports Parisien (RATP), the public transportation network covering Paris and the surrounding area, now including regional trains, the metro, trolleys, buses, boat-buses and bicycles.

The second great wave of nationalizations in France took place with the election of the Socialist government of Francois Mitterrand in 1981, the first and only socialist-lead government during the Fifth Republic. Thirty-six banks and two finance companies, plus industries of strategic importance to the state were nationalized. These included seven of the largest 20 industrial companies in France.

Even without the Parti Socialiste’s nationalization program the French State held a substantial share of industry. Besides Renault, the public utilities, the postal service, the telecommunications service and public transportation, the state owned Air France and commanding interests in several other companies that would be entirely private in the U.S. The companies nationalized in 1981-2 were involved in iron and steel, pharmaceuticals, chemicals, fertilizers, computers, electric power construction, shipbuilding, telecommunications, mining and building materials.

In France, the public sector accounts for about 25% of industrial production and 30% of industrial exports. However, many of these companies nationalized in 1981-2 were wholly or partially reprivatized in 1986-87 during a period when Socialist president Mitterand “cohabitated” with a right wing majority in the National Assembly.

But in August 2009, the French government owned or held major interest in some 2,000 enterprises (if enterprises directly under state control and their subsidiaries or sub-subsidiaries are counted separately), employing close to 1.5 million employees.

Besides enterprises wholly owned by the government, there are many others in which it invests to a degree that gives it a powerful voice in their operations. Some prominent examples include: 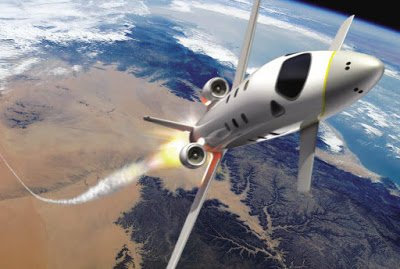 Sub-orbital hybrid spacejet developed by the European Aeronautic Defense and Space Company (EADS), itself something of a hybrid with substantial investment from the French government.
This participation of the government in the private sector short of full nationalization is a feature of French and European socialism that is seldom discussed in the U.S., as if nationalization were an all or nothing affair. When the subject of socialism comes up in the U.S., the capitalist class wants only the image of the Soviet Union to be considered.

In 2012, there will be another presidential election in France. In 2007, the current president, Nicolas Sarkozy, representing the center-right UMP (Union pour un Mouvement Populaire) ran on a platform that implied the Americanization of the French economy. He defeated the nominee of the Socialist Party, Sègoline Royal, who was increasingly seen as a caviar-socialist and lightweight.

Public opinion has largely thwarted Sarkozy’s efforts and his popularity has plummeted in the process. He currently has the lowest public approval ratings of any French president since the founding of the Fifth Republic in 1958. These low ratings have remained constant for many months despite an eventful year in which Sarkozy took the lead in the NATO invasion of Libya and attempts to resolve the Greek debt crisis, and the leading Socialist Party candidate, Dominique Strauss-Kahn was being arrested on rape charges in New York City.

Opinion polls in late April prior to his arrest showed Strauss-Kahn defeating Sarkozy by the widest margin — 61 to 39 in a head to head match up. But they also showed Sarkozy losing to either of the two other Socialist Party frontrunners, Martine Aubry and Francois Hollande, by 10 to 12% margins.

Despite the fact that charges against Strauss-Kahn will almost certainly be dropped, he is unlikely to return as a candidate. Still, it is likely we are on the cusp of another era of Socialist Party control of the French government, the first since Mitterand, the only Socialist president during the Fifth Republic, left office in 1995.

It will be interesting to see if a Socialist victory results in another trend toward further nationalizations in France as it did in 1981.

Meanwhile, nationalizations within the U.S. remain anathema. Early in his administration, Barack Obama could have bought the bankrupt General Motors for less than $10 billion. Once government-owned, he could have converted it to the production of high speed trains and their components, something the country needs much more than another brand of mediocre, fossil fuel burning cars.

Instead, he provided roughly a hundred billion in government guaranteed loans to resurrect this corporate corpse. A slimmed down GM has at least momentarily returned to profitability. That’s all that matters in the capitalist hegemony controlling the U.S.

Obama touts this as a great accomplishment. In reality, it is a symbol of his lack of vision or leadership and his commitment to the dominion of finance capital.