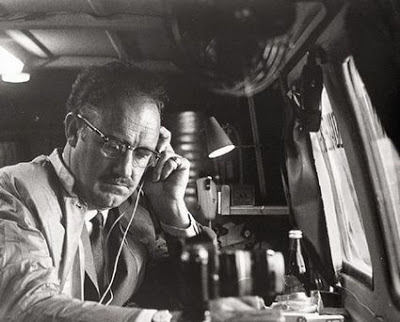 DPI technology is America’s sleeping giant. It has been widely deployed by Internet service providers across the country, and could be secretly put to use without our knowledge or consent.

WASHINGTON — According to the Wall Street Journal, Iran and China are likely using Deep Packet Inspection technology to monitor and control the Internet.

This spring, a Free Press report, Deep Packet Inspection: The End of the Internet as We Know It?, argued that DPI technology poses a major threat to the open Internet, giving network providers unprecedented power over Internet users. The use of DPI by U.S. companies like Comcast and Cox has already sparked widespread concern about abuses of Net Neutrality and online privacy.

The Wall Street Journal reports that the Iranian government appears to be using this same technology “to not only block communication but to monitor it to gather information about individuals, as well as alter it for disinformation purposes.” The Chinese government is believed to be using DPI to implement its “Great Firewall,” “widely considered the most advanced and extensive censoring in the world” — an “arrangement that depends on the cooperation of all the service providers.”

In a May speech, President Barack Obama said, “Our pursuit of cybersecurity will not — I repeat, will not include — monitoring private sector networks or Internet traffic. We will preserve and protect the personal privacy and civil liberties that we cherish as Americans. Indeed, I remain firmly committed to Net Neutrality so we can keep the Internet as it should be — open and free.”

“DPI technology is America’s sleeping giant. It has been widely deployed by Internet service providers across the country, and could be secretly put to use without our knowledge or consent.

“The American Internet experience is not the same as that of Iran or China. But we see how dangerous this technology can be when it falls into the wrong hands, or is used for the wrong purposes. Whether DPI is wielded by a government or a big corporation, the power to pursue political or economic discrimination is disturbing.

“President Obama clearly understands the critical importance of preserving our online civil liberties. The United States should set a shining example by safeguarding the free and open Internet against power grabs by governments or ISPs.

“We urge our lawmakers to heed the cautionary tale of Iran and China. We should not blindly permit concentrated control over the Internet. Before this technology is widely activated, we encourage Congress to open a broad inquiry to determine what is in the best interest of the American people.”

[Free Press is a national, nonpartisan organization working to reform the media. Through education, organizing and advocacy, we promote diverse and independent media ownership, strong public media, and universal access to communications. Learn more at www.freepress.net.]

This entry was posted in RagBlog and tagged Censorship, Freedom of Press, Internet, Iran, Privacy, Technology. Bookmark the permalink.