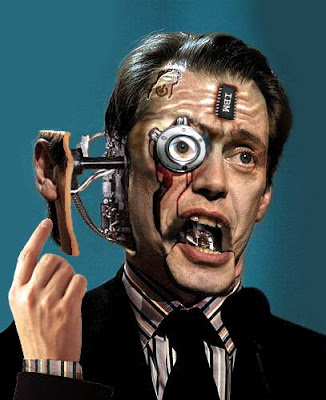 “Designing genomes will be a personal thing, a new art form as creative as painting or sculpture. Few of the new creations will be masterpieces, but a great many will bring joy to their creators and variety to our fauna and flora.” — Freeman Dyson, Theoretical physicist

“Scientists are making strands of DNA that have never existed, so there is nothing to compare them to. There are no agreed mechanisms for safety, no policies.” — Jim Thomas, ETC Group

While many of us continue to worry about the effects of genetically-engineered organisms (GEOs) in our foods, there is another looming threat on the horizon that has not yet received the attention it deserves. The advent of commercialized synthetic biology (SB) poses new social, legal, economic, and ecological dilemmas the likes of which we have never really had to confront, even with the bewildering array of problems associated with agricultural transgenics.

What is synthetic biology? In a word: God. Or, humans playing at God, anyway. By inventing new life forms, manufacturing artificial biological organisms, synthetic biologists are really acting as Creators of life; or so they think.

The definition of synthetic biology is itself hotly debated, but a 2009 article in The New Yorker by Michael Specter provides a richly textured one that I believe captures the most significant qualities of this new interdisciplinary applied engineering field. According to Specter, synthetic biology combines the elements of engineering, chemistry, computer science, and molecular biology in order to “assemble the biological tools necessary to redesign the living world” in accordance with human needs.

This is not rocket science. 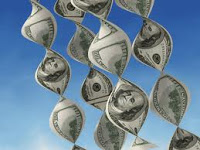 The principles are really as simple as ABC; well, actually the technology is a matter of rearranging ACGT — the four nucleic acid bases that make up DNA. The “A” stands for Adenine and pairs with the “T” which stands for Thymine. The “C” stands for Cytosine and pairs with the “G,” Guanine. These four nucleic acids are bound together in a nearly infinite double helix set of reiterations that constitute the genetic code, or DNA, of living organisms.

While not complicated in principle, synthetic biology is exceptionally tedious and very time consuming. So, it requires an inordinate amount of super-computing capacity to crunch the possible reiterations in the genome sequences of a living creature.

The approach championed by J. Craig Venter and his colleagues is basically a type of “subtraction” of genes. A June 2005 report in The Wall Street Journal summed it up this way:

The project to create an artificial cell dates back to 1995, when Dr. Venter led the first team to sequence all the DNA of a living organism, Haemophilus influenzae. The decoded germ had 1,800 genes, yet M[ycolplasma] genitalium, the second bacterium studied by Dr. Venter’s research group, proved to have fewer than one-third as many. “That started the whole thinking of, ‘How small can it be? What is the minimal definition of life?’” says Dr. Venter. “If we can’t answer that question, we can’t pretend to understand what life is.”…

For practical applications as well, a minimalist genome would be a helpful starting point because the bacteria wouldn’t have any unneeded parts, saving their energy for whatever process they’re being used for… Dr. Venter and a collaborator, Clyde Hutchison, began systematically disabling M. genitalium’s DNA a piece at a time, looking for colonies that could still grow despite the missing parts. From 517 genes, they pared the genome down to a must-have list of between 265 and 350… Drs. Venter and Smith concluded the only way to test the viability of a minimal genetic life form would be to build one. [Brackets added]

According to Specter’s New Yorker article, Venter and his team had by the end of 2008 “pieced together thousands of chemically synthesized fragments of DNA and assembled a new version of the organism.” Specter continues to elaborate how Venter and his team produced the entire genome of Mycoplasma genitalium, the results of which were published in the journal Science in May 2010.

In his interview with Specter, Venter waxed poetic about how “It should be possible to assemble any combination of synthetic and natural DNA segments in any desired order.” It is this type of arrogant explication that has so many ethcists concerned.

Regardless, Venter recently succeeded in transplanting the artificial chromosome into the walls of a undifferentiated cell and then “rebooted” the resulting structure in a sort of Frankenstein-style reanimation. The organism was then able to replicate its own DNA — becoming the first truly artificial organism. The organism has been dubbed “Synthia.”

This is a strange turn because until now most systems biologists have thought that what makes a given set of chemical associations a living system is the principle of self-organization or what the Greeks called autopoiesis. Here, the principle is turned on its head with the scientist organizing the chemical associations and determining the conditions and processes under which the synthetic organism will replicate itself and therefore at least mimic autopoietic processes.

The promise Venter is making is nothing short of saving the world by repackaging these artifical life forms depending on customer needs or commercial uses. His corporation, Synthetic Genomics, Inc. (SGI) is proposing that it might produce specific cancer-fighting drugs or perhaps an airborne bacterium reprogrammed to digest carbon in the atmosphere. See? Venter only wants to save the planet!

These promises to save the world are front and center on the company website that asks us to celebrate the coming synthetic utopia in which bioengineered organisms will replace coal with clean bioenergy and even allow us to convert greenhouse gases into life-saving vaccines. In the words of the company itself:

J. Craig Venter and his teams have discovered more than 20 million genes to date and view these as the design components of the future. SGI is designing, synthesizing and assembling genes, synthetic chromosomes and even whole genomes to produce clean energy, bio-chemicals and other high value products directly from carbon dioxide, plant biomass and coal.

Image from Synthetic Genomics
Synth-Ethics, or Synthia you ain’t the finest thing…

One might wonder why this story also ended up on the pages of the WSJ instead of just the scientific journals. The answer is as simple as “C,” as in Capitalism. Public sector scientists have long viewed Venter as an opportunist who takes technologies developed by investments of the public sector to serve the aims of a for-profit corporate agenda; this happened with sequencing of the human genome and is now happening with the development of synthetic organisms.

Be that as it may, the current corporate development of synthetic life forms by Venter and his investors is entirely a for-profit venture, albeit with the inevitable “Trust us, we are going to save the planet” type of hubris that we have heard from every single previous capitalist-inspired panacea of the past 50 years: From numerical control and computers to robotics; and from biotechnology to nanotechnology and now synthetic biology.

None of these saved the world, ended hunger, or resolved the climate crisis; none ended disease, poverty, or war; none made agriculture more sustainable or equitable. These technologies did make a few investors very wealthy indeed and extended the life of capitalism beyond its moribund Fordist organizational forms of the 1950s.

This has not stopped Venter from trying to peddle a new panacea, based on the cheap promises of his first synthetic life form, with has the way too cute name of “Synthia.” Remember the lyrics from a Bruce Springsteen song called “Cynthia?” With apologies to The Boss, I have to rewrite these:

Synthia, when you come creeping out
You’re an inspirin’ sight
Synthia, under the electron microscope
You don’t smile, but that’s alright

Well now you ain’t the finest thing I’ll never have
Well, baby, it ain’t so bad,
Yeah, there ain’t a banker in this whole town
Who’ll say you ain’t fine
Well you make us rich, honey, when we sell you
To see sump’n’so good, in a world gone bad
There’s still Synthia, oh yeah.

The objections to synthetic biology are more serious than these justifiable complaints about the opportunistic exploitation of social sector investments to advance a private neoliberal agenda and profit making.

Serious analysts and ethicists have launched wide-ranging criticisms of synthetic biology that merit lengthy discussion. In the coming weeks, I will be addressing a selection of the nine most pressing issues of current concern to ethicists, environmental scientists, indigenous communities, and advocates of sustainability, social justice, and equity. These include:

Suffice it for now, as a matter of introducing this topic to my readers and followers, that there is (1) an excess of hubris by scientists who are also entrepreneurs with a lot to lose if their inventions and investments fail to pan out as imagined; (2) there is also a great deal of arrogance on the part of synthetic biologists who think they can just start snipping and snapping the pieces of the biological puzzle together without truly understanding gene-protein and gene-environment relationships and interactions; and (3) there is no predictive ecology or risk model for the assessment of the risks associated with SB.

The failure to abide by the Precautionary Principle in the past gave us the still-unfolding wreckage of social, economic, ecological, and health problems of commercial agricultural biotechnology and especially transgenic substances in our food supplies. We have an opportunity to prevent a repetition of this mistake and must act now to apply the precautionary principle to the entire domain of synthetic biology.

There should be no commercialization or environmental release of SB organisms until all the scientific evidence on risks has been gathered and evaluated. If the risks are determined to be too great, then the commercial release of synthetic organisms must be completely banned.

This is not a radical proposal. What is radical is the arrogant idea that scientists-cum-capitalists can pretend to have invented masterpieces, like so many colorful gems of genetic art, that they can just release on the rest of us without our consent.

Freeman Dyson is completely wrong when he imagines that “Designing genomes will be a personal thing, a new art form as creative as painting or sculpture.” But he is right about one thing: Many of these will not be masterpieces. No, they will be monstrosities, and once released there is no way to call them back into the confined spaces of the lab or to erase the biological damage and evolutionary havoc they will have unleashed.

It is not a personal thing, like some fashion trend, to unleash a synthetic bacterium on the entire planet, affecting all organisms, whether they wish to be affected or not. That is not personal freedom; it is biological totalitarianism. It is the worst sort of panacea since it carries within it the poison core of a biological Chernobyl while pretending to be our planetary savior served-up by an elitist and avarice-driven few over a powerless, non-consenting multitude.

[A lifelong activist in the environmental justice and resilient agriculture movements, Devon G. Peña is a Professor of American Ethnic Studies, Anthropology, and Environmental Studies at the University of Washington in Seattle. He blogs at Environmental and Food Justice.]