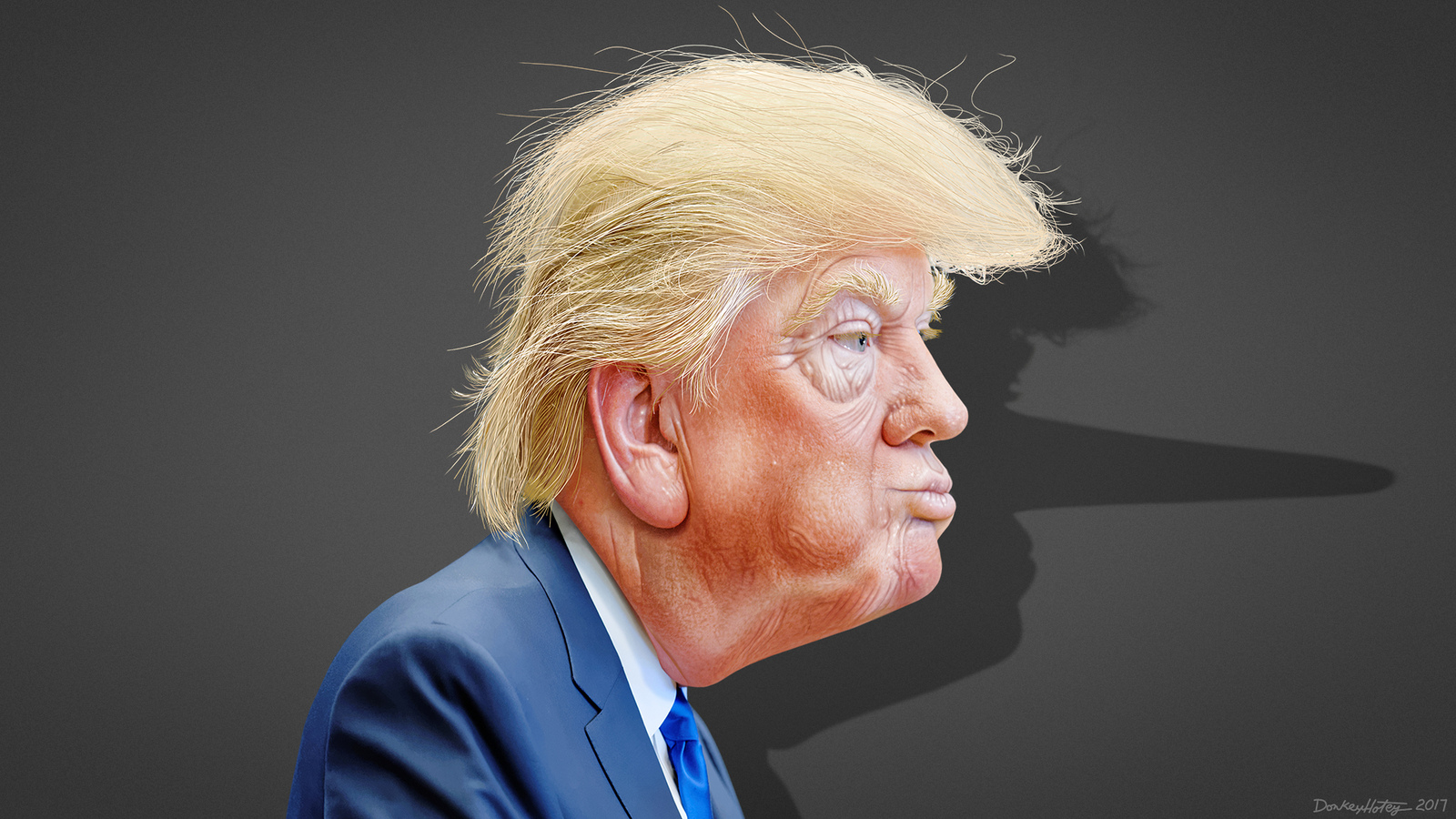 June 14 is Donald Trump’s birthday and it deserves celebration — as National Liars Day. On that day, we, his detractors, could or should tell lies so grandiose that co-workers and friends would halt our narratives, saying “No, that can’t be true! You’re making this up.”

Tellers of “fake news” would or will then confess that “Of course I’m lying. This is Trump’s birthday. We have to emulate him.”

The only competition Liars Day has is from April Fools Day, and it is for kids. Liars Day combines childishness with braggadocio, just as our president does with every Tweet.

Making up appropriate lies is easy. Tall tales are credible if they’re told in detail. I could say, for example, that in the early Seventies, while living in New Orleans, I took Aretha Franklin to greet African-American longshoremen on the docks and then to dinner at Dooky Chase — long an interracial rendezvous — and then to bed. My performance was so impressive that I had to pay her to keep mum because my landlord was a National Enquirer reader and certainly would have evicted me for miscegenation. (Something like that may have happened, but I ain’t saying what.)

Neither dead people nor their descendants can sue for libel or slander.

Since neither dead people nor their descendants can sue for libel or slander, the possibilities are endless.

Other Rag contributors could spin similar lies. Editor Thorne Dreyer could confess that he financed the founding of The Rag with covert funds from the Austin American-Statesman, which is already dead or soon will be, or he could instead name bigamist H.L. Hunt as his backer. (Hunt, of course, paid not in fiat money, but with Krugerrands. After Thorne tried to turn them into cash at a Sixth Street pawn shop, the burglary squad came knocking on his door.)

Alice Embree, now a spark plug in DSA, could claim that circa 1989, when he decided to run as a Democratic candidate for the governorship of Massachusetts, former UT Dean (and later Boston University President John Silber asked her to form an exploratory committee. Activist and poet Mariann Garner-Wizard could explain that she’s been short of money ever since Bert Gerding, the Austin police lieutenant in charge of SDS surveillance in the Sixties, quit buying pot from her.

We could tell contemporary lies as well. I could say that after this column was published, I turned down the Nobel Prize for Literature because I believe that any money from the inventor of dynamite is tainted, just as any reward from napalm-maker Dow Chemical, would be.

Perhaps best of all, old hippies, without mentioning the influence of the drug, could simply describe what they saw, felt, and heard on trips to Acid-land.

I urge everybody to start concocting such lies. As the adage says, we must fight fire with fire.

[Retired Texas journalist Dick J. Reavis, the author of six books, was a senior editor at Texas Monthly and taught English at North Carolina State University. Reavis, who now lives in Dallas, was a contributor to the original Rag in Austin and was active in the civil rights and anti-war movements. He can be reached at dickjreavis@yahoo.com. ]