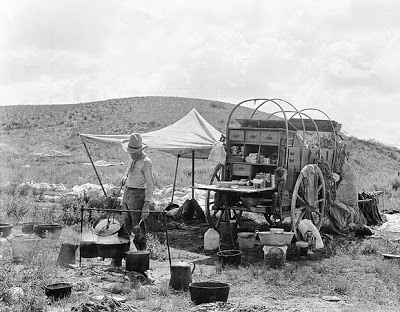 Democratic candidate Bill White’s great, great, great, great grandparents came to Texas in 1850. That’s the upshot of the headline — or propaganda — in a four-page, slick advertising insert that fell out of my copy of the Amarillo News-Globe on Thursday.

I’m no genealogist, and it took me awhile to deconstruct all of that.

White’s advertising supplement is probably an attempt to persuade voters that he’s at least as Texan as Ricky Perry, the descendant of at least one Texan who served in the Confederate Army.

But White’s claim, or attempt, is risible on at least one level. If my calculations are correct, White’s family tree includes 32 great, great, great, great grandparents. If two of them came to Texas in 1850, what about the other 30? His roots circular may be an appeal from genealogy, but it presents a very edited genealogy. Maybe the rest of his ancestors were Red Russians?

The insert will in any case be viewed in some quarters as an oddity. We’ve seen nothing like it in national politics: did John Kerry advertise that he’s the many, many great grandson of Mayflower passengers? Does Barack Obama claim descent from Kenyan royalty? White, in authorizing the insert, is, if nothing else, guilty of what the “cosmopolitans” call “provincialism.”

If genealogists dig into the facts that underlie the White bulletin, they may be able to determine whether he — or Perry’s — ancestors owned slaves, because that might be of interest to African-American voters. But I doubt that it will become an issue, because not many people in Texas believe that the regional, national, or class origins of anyone’s great, great, great, great, great grandparents are important today.

The real point of the roots circular is revealed by the text and sepia-toned photos of its interior pages. White may be a Houston urbanite — everybody knows that — but his ancestry, according to the insert’s interior photos and captions, includes Texans who lived in Corsicana, Jones, and Caldwell counties, Corpus Christi, Sinton, and San Antonio. Counting back the generations lets him establish a statewide, even rural and small-town identity.

Rick Perry does something like that by proclaiming that he was born in the hamlet of Paint Creek, which according to the Handbook of Texas, “In the late 1980s … had [a] school, two churches, several houses, a football field, and a covered barn in which the school buses were parked.”

Winning the support of rural voters is still helpful, it seems, in gubernatorial races and maybe in other Texas political contest. But it is not necessarily important to the journalists who cover those races, or at least that’s what owners and editors of Texas newspapers and magazines, most of which are headed by non-Texans, seem to believe.

No gubernatorial candidate has presented himself as qualified for office because he is a native of New York and a graduate of Ivy League writing programs or political science academies, apparently because such standards are only relevant to politics. Journalism, on the other hand, is a technical or scientific skill in which the successful practitioner may hail from any regional or national background, and needs no rapport with voters.

Perhaps I am alone, but I see a problem in the lack of an analogy there. Those people whom we refer to as “the voters” are in the journalistic world known as “the readers,” the people who, at least in theory, ultimately determine whether a publication lives or dies.

And if politicians have a less respectable job, spouting words, oozing empathy, winning hearts and minds, and assailing local corruption — well, of course, journalists have nothing to do with an undertaking like that!