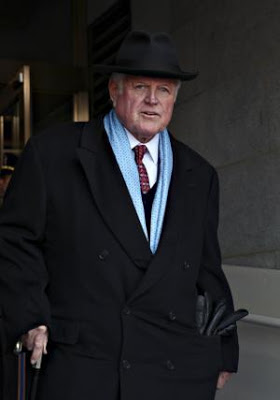 Our nation invests twice as much as most nations in medical costs, 31% of which goes to insurance company salaries and advertising costs. Our prescription drugs cost at least twice what they cost in European nations.

In this old curmudgeon’s opinion President Obama presented a first rate program in his speech to Congress. As a proud liberal it was satisfying that he articulated the economic program which he has planned in a way that most Americans can understand the content. Of course there are issues in his overall program, re civil rights, rendition, and lack of ardor in pursuing the last administration’s criminal conduct, that we can take exception to; however, on balance I must agree with Chris Matthews’ post address comments, that by and large he veered toward the left. Yet I am quite concerned regarding the conference about health care that is planned for next week at the White House.

A release from Physicians for a national Health Care Program on Feb. 24, tells us that the insurance and pharmaceutical industries are drowning Washington in money in opposition to universal, single payer health care. There are surely certainly multiple ominous signs:

1) Sen. Max Bauchus several weeks ago announced that universal single payer care was “off the table.” As I noted in an earlier submission to The RagBlog, Sen. Bauchus, according to OpenSecrets.org, has enjoyed outstanding campaign contributions from the insurance, pharmaceutical and health care industries.

Led by Sen. Ted Kennedy (D-MA), a diverse group of senators, lobbyists for health insurance companies, pharmaceutical companies, small businesses, and doctors have been in quiet negotiations on a prospective universal health care plan since last fall. Although “not all industry groups are in complete agreement,” they are “embracing the idea that comprehensive health care legislation should include a requirement that every American carry insurance.”

When I read about “quiet negotiations,” why does Vice President Cheney’s secret negotiations with the oil companies in 2001 come to mind? As with Cheney — not including the nature preservationists, or opponents of global warming — there is no mention of Sen. Kennedy including Physicians for a National Health Program, the California Nurses Union, or any labor union or consumer organizations to his discussion. Further, the mandate that citizens must purchase health insurance is a concession to the insurance industry, in spite of the fact that certain constitutional scholars have raised the objection that an individual cannot be required by law to buy from a private industry. To do so is not taxation, but a very unique obligation.

3) Physicans For A National Health Care Program on Feb. 20, publicly requested Sen. Kennedy to provide universal coverage and keep costs low. It was once again pointed out that the Massachusetts model of health care is a failing plan and further pointed out that we are facing a health care crises in this country because private insurers are driving up costs with unnecessary overhead, bloated executive salaries and an unquenchable quest for profits — all at the expense of American consumers. “‘Massachusetts failed attempt at reform is little more than a repeat of experiments that haven’t worked in other states. To repeat that on a model would be nothing short of Einstein’s definition of insanity.”

With the release of the PNHP press statement was published an open letter signed by some 600 Massachusetts physicians, addressed to Sen. Kennedy, requesting that he consider single payer, universal health care. More on physician participation later save to note that PNHP incorporates 15,000 doctors, and their plan, incorporated in HR 676, is endorsed by the 150,000 member American College of Physicians. It should be noted that the American Medical association has never publicly endorsed universal single payer care; however, the AMA also opposed Medicare when it was enacted, and has always been cozy with the insurance and pharmaceutical industries. Further, less than 50% of physicians in this country are members of the AMA.

I would suggest that all readers familiarize themselves with HR 676 at: JohnConyers.com and further note the hundreds of endorsements of same here and here.

4.) To date we have heard nothing from the Republicans about a reasonable health care policy, but one can assume that their solution will be tax cuts for the wealthy, and undying support for the insurance and pharmaceutical industries with strict opposition to any program that will aid the working families, the poor, and the disabled!

I was interested to see the practicing physicians in Massachusetts sign an open letter. This is an unusual act these days, as I have seen little more than isolated activity in the medical community, to speak out for the betterment of our citizenry as a whole. Exceptions as I indicated are PNHP and the ACP. I have thought about this quite a bit and do not want to generalize; hence, my conclusions are non specific.

When I started practice in 1950, as the first rheumatologist in Northwestern Pennsylvania, the physician thought of himself as a PROFESSIONAL, answerable to no-one, driven by the challenge of healing the sick, and bound by the Hippocratic Oath. We expected to make a decent living but making money was not a driving force. We lived with a certain amount of idealism and a desire to care for the poor and underprivileged. Then, when the control of American medicine was ceded to the insurance industry some 30 years ago, the physician ceased to be his own person, became a paid tradesman rather than a professional.

With this came physician advertising in the yellow pages and in newspapers, and the commercialization of the practice of medicine. No longer was the physician a friend and confidant to his patient, he became, in insurance industry parlance, a “provider.” With the transformation of a profession into a trade, money became very important, as money is the basis of the insurance industry. We in the United States have undergone a complete cultural upheaval concerning what constitutes a medical practice, even seeing the advent of boutique (pre-paid ) medical care if one can afford it.

No longer does one enjoy an hour’s probing conversation, and physical examination with the physician at first meeting. Now one fills out a 4-6 page “medical history” and spends a considerable time with a nurse practitioner or PA. One assume that the poor overworked physician is on the telephone getting his daily approvals from an insurance company lackey. Herein lies the problem with getting wide spread physician support for universal health care. The doctor is too busy, or too frightened of losing his income if he riles his insurance company, or hospital, master. Yes, today many physicians who appear to be in private practice, are employees of a hospital, which dictates their hours, their fees and their practice methods. It probably accounts for hospitals’ advertising on TV or with full page newspaper ads.

Further, remember that we in the United States, under the stranglehold of the insurance/pharmaceutical cartels, rank #26 in the civilized world in quality and delivery of medical care. Our nation invests twice as much as most nations in medical costs, 31% of which goes to insurance company salaries and advertising costs. Our prescription drugs cost at least twice what they cost in European nations. Yet it seems in the present climate in the House and Senate that many of “the people’s representatives” will bow to the will of their paymasters.

The White House conference on “health care,” as I understand it, is scheduled for next week. Are all of the unions, municipal bodies, religious and charitable organizations that have signed on to support HR 676 going to be represented? It is time we make it loud and clear to our Representatives and Senators that it is the PEOPLE that they represent and not the special interests, Let us not allow health care to continue to be prostituted to big money and the corrupt industry that controls it now. The combined salaries of the CEOs of the insurance and pharmaceutical companies could provide health care for hundreds of thousands of individual citizens if it was invested in a non-profit single payer/universal system.

It should be noteed as well that NaturalNews.com on Feb. 20, reported that without any fanfare, pharmaceutical companies have been raising the prices of many of their drugs by 100% or more, according to researchers from the University of Minnesota.

Follow the money! And remember Will Rogers: “Ancient Rome declined because it had a Senate; now what’s going to happen to us with both a Senate and a House?”