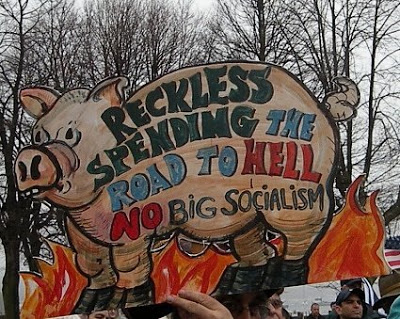 At the risk of being marked as a Cassandra I would ask my brethren in the fight for single payer, universal health care to pause a minute to take stock. I am fully aware that the upcoming week is devoted in bringing universal care to the attention of the public. However, I am extremely troubled by several developments. I would call your attention to an AP article by Ricardo Alonzo-Zaldifar distributed by truthout on April 11, 2009, entitled “No Strength in Numbers for America’s Uninsured”

The author, I believe, makes an excellent point about why the uninsured, including the recently uninsured, will not rally into a mass movement.. Without a true mass movement our elected representatives, in view of the largesse received from the pharmaceutical/insurance industries, are not going to pay serious attention to us. As one who has been working for some years toward a plan first suggested by Physicians for a national Health Program, and which is now before the House and Senate, I am very apprehensive.

Further, we are dealing with a problem that is only beginning to surface but was made abundantly obvious at the “tea bag” rallies of April 15. Read the chilling article by Professor Joseph A. Palermo, written for The Huffington Post and published in The Rag Blog on April 15, 2009, as “Sacramento: Tea Bagger Hate-Fest.” The attitudes he describes are akin to those I remember displayed in the newsreels from Germany in the 1930s. Further, as he notes, the crowd was larger than those that he attended at the anti-war rallies of the Bush years.

My liberal colleagues will counter, “but these were organized affairs.” That is just my point, those in the gathering driven by ignorance, apathy, hate and fear want to be led. It is an ideal situation to be taken advantage of by The Man on the White Horse. No logic, of course not. There were older folks, no doubt on Social Security and Medicare, carrying signs reading, “Send the Socialists to Europe.” There were working folks, no doubt the beneficiaries of the Obama tax cuts and job programs, carrying signs saying, “No more taxes. No more spending.” The undercurrent at all the rallies was racial with the NRA folks in the forefront. All that was missing was signs pointing out that Bernie Madoff, Lehman Brothers, Bear-Sterns, and the other like bankers are at the heart of the nation’s financial problems.

I would ask all to pay attention to Carl Davidson’s comment introducing the Palermo article:

Too many liberals are trying to deal with this with dismissive humor, but it’s deadly serious. Too many of the “tea party” spokesmen are calling for the right to become “armed and dangerous,” with their sights aimed at Obama and the progressive left. These people are not fools, and serious people had best develop tactics to mobilize against them. Fox and Hannity would be a worthy focus for mass anti-fascist protest.

I would further suggest that we in the progressive movement reread the early chapters of William Shirer’s “Rise and Fall of The Third Reich” as well as Naomi Klein’s “The Shock Doctrine.” Also see the excerpt from Milton Mayer’s book, They Thought They were Free, The Germans 1933-45, distributed by Information Clearing House on September 23, 2008.

We who support the concept of national health care are prone to use European nations as examples. However, let us not forget the vast cultural differences. After spending 800 years killing one another, the Europeans in the past 50 years have developed an entirely different outlook from that of our citizens. The Europeans, by and large, do not respect militarism, conquest, and nationalism. Their societies are basically secularist, and interested in communal well-being, and they are not taken up with the ide fixe of ultimate personal salvation. The outlook demonstrated during the “tea bag” rallies here is quite different. Further, to compound my fears, a poll in The Erie (Pennsylvania) Times News this week found 65% of the respondents in sympathy with the “tea bag” outlook. This may give the reader some insight into an impending event in Erie in mid-June. The Manufacturers Association is sponsoring George W. Bush’s first domestic address since leaving office. Do not be overwhelmed when you see it on TV!

To digress for a moment, I believe that President Obama has shown progressive thinking in general, though, I disagree with him regarding his economic advisers, and his gung-ho approach to Afghanistan. I can understand the former in view of his University of Chicago background; however, the latter continues to perplex me considering the fact that he has a good grasp of history. Afghanistan in 3000 years has never been conquered, and it is not a nation but an area composed of a mixture of tribal societies. What, really, is the United States committed to? I can, however, after much thought, understand why the Obama administration is continuing the policy of domestic surveillance. If I were the President, and aware of the hate, hostility, mindless folks with guns, and the undercurrent of far right support, I would probably want to get some handle on the comings and goings of domestic terrorists, not only for the protection of my family I, but for the protection of the thinking people of the nation.

Common Dreams on April 13, 2009, reprinted an open letter by Benjamin Day, executive director of The Massachusetts Campaign for Single Payer Health Care, which originally appeared in The New York Times, entitled “Why Has The Press Failed Us In Reporting on Health Care Reform?” This underlines the absence of coverage of single payer health care by the mainstream media. As a matter of fact, I have not heard a single word on MSNBC’s evening lineup. Strange!

I recently had an E mail from a high-school friend (1935) upon his return from Florida. He tells me that on the Amtrak Auto Train he met a couple from Canada, one of whom required a medical procedure while vacationing. (It should be understood that Canadians are required to buy an inexpensive additional insurance policy when traveling out of the country.) The procedure in Florida cost $2000, paid for by the Canadian National Health Plan and co-insurance. In Canada the same procedure would have cost $800. Incidentally, the couple feel that in Canada they get excellent and timely medical care.

After addressing physicians’ fees in my last submission to The Rag Blog, I received a notice from The American College of Physicians, which incidentally endorses single payer, universal care. The ACP is requesting that members of Congress who support this position consider the following

I have no illusions that the present Congress will pass John Conyers’ health care bill in the House, or the Bernie Sander’s bill in the Senate. But if we can break the hold that the insurance and pharmaceutical industries have on our elected representatives and achieve an optional “Medicare for All,” as a “public insurance company,” it may well be a step in the right direction. Further, the state initiatives for single payer, universal care, including the one in Pennsylvania, still present an opportunity. After all, the Canadian system started in the provinces and finally coalesced into the current national plan.

A very perceptive online friend e-mailed me Ghandi’s seven root causes of unfairness and injustice in the world, all consisting of volitional human activities in the absence of socially-redeeming moral content, all accurately describing the right wing in the contemporary United States.