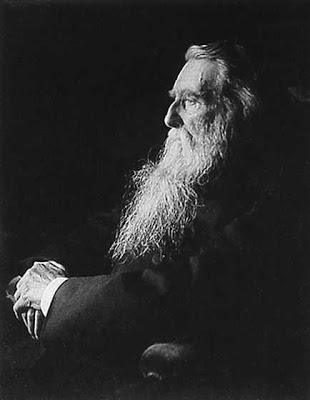 PhARMA and the insurance industry do not want to see a government-sponsored health plan such as HR 676, or the Obama plan, for that would do away with their obscene profits and provide the citizens of the United States with care comparable to other industrialized nations.

In 1872 John Ruskin wrote: “The essence of lying is deception, not in words; a lie may be told by silence, by equivocation, by the accent of a syllable, by a glance of the eyes attaching a peculiar significance to a sentence; and by all these kinds of lies are worse and baser by many degrees than a lie plainly worded.”

Campaign for America’s Future has called it to our attention that the drug industry is gearing up to fight health care reform again. Its lobbying arm PhARMA has launched a multimillion dollar PR campaign to protect their excessive profits; hence, keep John Ruskin’s words in mind as you watch TV and the approaching inauguration. The propaganda will be with you day after day, and as with good propaganda much will appear credible. Already TV is running and re-running an ad regarding “Quality Affordable Healthcare.” Among the sponsors are PhARMA and the American Medical Association, which for many years has been subservient to the pharmaceutical and insurance industries. Of course, the pharmaceutical industry wishes to maintain its profits as those in the U.S. pay twice as much for 30 commonly prescribed medications as they would pay in any other industrialized nation.

Drug companies are the third most profitable industry in the United States. In 2007 the top 12 drug makers had combined profits of $78.6 billion. In 2004 the drug companies spent, on average, 32% of their income on marketing and 14% on research. Remember, PhARMA tells you that drugs cost so much because of research costs, while that research is done largely by the NIH, the National Cancer Institute and academic researchers. Remember as well, as you see an endless number of ads for pharmaceuticals on TV, that these ads are costing billions a year, which you pay for when you get your prescriptions filled. Only five out of the 21 most influential drugs produced between 1965 and 1992 were developed entirely by the pharmaceutical companies.

PhARMA and the insurance industry do not want to see a government-sponsored health plan such as HR 676, or the Obama plan, for that would do away with their obscene profits and provide the citizens of the United States with care comparable to other industrialized nations. Further, as in Europe, Canada and Australia, you will have free choice of doctor, specialist and hospital. The propaganda will tell you otherwise but it will be an out and out falsehood: a lie that these folks have been peddling since the Carter administration when they tried to defeat the enactment of Medicare. You will be told that price control of pharmaceuticals will diminish research, but do not believe it. You will be told that it is hazardous to take medications from Canada, the UK, etc, but once again that is trash talk, since most all of the pharmaceutical companies are multinationals that produce drugs all over the world at the present time. Very likely your migraine medication comes from Switzerland, your insulin from Sweden, and your flu vaccine from France.

Why is it necessary to have the endless TV commercials for prescription drugs, when we are only one of two nations in the world that permits such cupidity? The other nation is New Zealand. I assume that the drug companies anticipate that the naive TV watchers will see their physicians and ask for that drug and that the physician will accede to their requests. My advice should this occur is to change physicians since your current one has not been keeping up with reading his journals and attending seminars to receive first hand information as to what medication to use in a specific situation.

Again, in watching TV, which I assure the reader that I do as little as possible save for the evening MSNBC news and The Steeler football games, I am dumbfounded by the amount of advertising done by hospitals. After all, when we are hospitalized we go into the hospital where our attending physician is on staff; hence, what is the point of spending thousands of dollars espousing this or that hospital and merely running up patient costs to pay for TV advertising? And many of these hospitals are “non-profit” institutions.

The Progress Report of Jan. 12 reports that, in a series of memos to The Heritage Foundation, a right wing think tank, Karen Ignani, the CEO of American Health Insurance Plans, has charged that a public plan would drive up health care costs and increase premiums for those already with health insurance. Poppycock! The health insurance industry also makes the claim that deregulation of the industry would reduce costs. More marketplace economics such as those that produced the present worldwide economic collapse. And these idiots want the American public to believe this. Remember the old rhyme, “Fool me once, shame on you; fool me twice, shame on me”.

One hopes that, under the auspices of ex-Senator Tom Daschle, the Obama administration will be off and running either with HR 676 or the Obama “Medicare For All” plan I note that Focus on The Family and such folks are unhappy with Daschle; that is surely a high recommendation for him and the likelihood of his producing a good program for the nation.

After my retirement in 1990 after 40 years of practice I worked part time at the outpatient clinic of the local V.A. hospital. This was prior to the Bush years, the decreased funding, and the neglect of the V.A. system. I found the hospital well run, the personnel first rate, and the pricing of the pharmaceuticals quite within reason due to negotiated buying by the V.A. system. Our veterans have been short changed by the Republican administration and the Republicans in the Senate; hence, as part of a workable national health care program, the V.A. must be reorganized, made more efficient, and the endless paper work eliminated so our returning servicemen can get care pronto rather than weeks or months later. According to the McClatchy Washington bureau, Jan. 9, 2009, Congress passed almost every bill to benefit the V.A. over President Bush’s vetoes. We currently have 84,000 veterans suffering from PTSD and only 42,000 have managed to have their claims approved by the V.A.

In dealing with the overall subject of health care we must do something about child poverty. I am grateful to The House of Representatives for passing the CHIP Act with the assurance that the Senate will follow suit and that President Obama will sign the bill.

However, Education Week on Jan. 7, 2009, published an article linking the diminished cognition of poor children to poverty per se. The United States ranks among the worst nations regarding child poverty, exceeded only by Mexico. We must do something about this for the sake of the children and for the sake of the nation.

Happily the chorus grows. Progressives for Obama has announced a second national call-in day to support HR 676 on Thursday, January 15. This is sponsored by Leadership Conference for Guaranteed Health Care (LCGHC) which includes Physicians For A National Health Program , Progressive Democrats of America and The California Nurses Association. The Nation magazine finally has, in a Dec. 14, 2009 article by John Nichols, come down in support of HR 676, noting that if passed in could create 2,613,459 new jobs, boost the economy by $317 billion, add $100 billion to employee compensation, and infuse public budgets with $44 billion in new tax revenues.

Finally I am in possession of an article by Janet Gilles, forwarded to me by Dorinda Moreno, appearing in The Rag Blog on Jan. 14, 2009,entitled Low Hanging Fruit for the Progressive Movement, which is worthy of all our readers attention. I wish to thank Ms, Moreno for her undying concern for passage of single payer, universal health care.

I have grown a tad more optimistic that this fight can be won, and at the age of 87, I need quick action! Please, before you get in touch with your elected representative, check Open Secrets.org and check out his/her contributions from PhARMA or the insurance companies, and do not be fearful of letting him/her know that this information is available to all. Our adversaries who would deny our citizens decent health care in order to maintain their executive and stockholder profits, are not adverse to twisting a few arms. It is time to fight fire with fire.

Hopefully, with concerted, dedicated effort, the time is at hand.