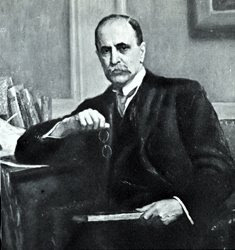 Sir William Osler: “Pneumonia is the old man’s friend.”
‘In the United States, for oh so many years we have merely warehoused the disabled, senile and near senile elderly, in nursing homes of variable competence.’
By Dr. Stephen R. Keister / The Rag Blog / November 19, 2008

I do not imagine that my thoughts will engender accolades from many readers; however, I honestly desire to share some inner thoughts. At the age of 87, with a mind remaining fairly alert, but with a gradually failing body, one is bound at times to become introspective. In today’s world, with the impending equivalent of The Great Depression of 1929, one develops an increased concern and urgency regarding ones impending fate. Have you looked at your IRA or brokerage account recently?

I may tread on some cultural precepts or religious teachings, but so be it. My attitude is that of the secular humanist; although some of my friends are quite “religious,” a fact, that among intelligent individuals, causes no concern or impaired relationship. We share ethical and moral values (“moral” in the broad sense as per Matthew 5-7), and make no effort to dispute our theological differences, as civilized, thinking individuals. Further, we agree on many concepts in which disagreement would be anticipated.

I am influenced largely by the thinking of Rene Descartes: “I think therefore I am,” and memories of Sir William Osler’s statement, made in the early part of the 20th Century, when he was professor of medicine at Johns Hopkins, and prior to the antibiotic era; “Pneumonia is the old man’s friend.” I am influenced by, in my days of active practice, attending a patient in a nursing home, and seeing gray haired individuals, diapered, sitting in wheelchairs, blankly watching a television screen. I would finish my rounds, depart and think to myself, “can this be me someday”?

We have a gradually increasing number of the elderly in our population, as do the Western European nations. I do note in scanning the European press that the individual countries, as well as the EU as a unit, are starting to make the care of the aging a priority issue. In the International Herald Tribune of April 13, 2007, there is an article entitled “In Europe, care for the elderly is being transformed.” The United States is in arrears as would be expected after the past eight years of the Bush administration’s neo-liberal economics which according to script has ignored social programs, poverty, and care of the helpless. I would trust that the Obama administration would face this issue early by appointing an active, dedicated under-secretary on aging in HHS.

In the United States, for oh so many years we have merely warehoused the disabled, senile and near senile elderly, in nursing homes of variable competence. The costs to individuals, families, states, have ranged up to $3000-$4000 monthly. To allow an individual with a blank mind, or totally despondent, not wishing to live, to sit all day in front of a TV set is not realistic or kind. This is a matter that is rapidly going to become a major issue as the various fundings fade and the disposition of these poor folks becomes an overwhelming issue. I would not be arrogant enough to presume to know the final solution. However, we are faced by some basic ethical as well as financial challenges.

The State of Oregon, and I believe, more recently, Washington, as well as various European nations, have shown the moral and intellectual courage to permit individuals to determine their own fates rather than be tied to laws engendered by medieval theological rite. We need as well to have the elderly population educated in depth about the need for advanced directives, i.e. living wills. We can have overwhelming ad campaigns for Viagra, or for fuel consuming automobiles, abounding in our society; hence, why not a major educational push to educate the public as to the fact that one need not put up with interminable dialysis, or be kept for days, brain dead, on artificial ventilation?

I feel that Dr. Osler was correct in his observation, but that point in time has passed, and life has become very much more complicated thanks to medical ‘science’. Yet, two out of three folks I talk to know little or nothing about advance directives. The nation needs to move on this. As I recall, the majority of Medicare funding goes to support those in the last month or two of life.

I can see families facing bankruptcy in the next year or two in an effort to pay the nursing home. Perhaps we should consider government subsidized home care which can be much less expensive than inpatient care in a profit making facility. For example, hereabouts a “non-profit” retirement community has increased its monthly fee by 7% (roughly $200), in spite of being aware that their residents savings accounts are rapidly being depleted, The corporate managers are well aware that the residents are not well enough informed, or motivated, and are too passive to respond to such a swindle. I am aware, as well, that this problem is being faced by the local religiously sponsored homes, Catholic, Presbyterian, or Episcopalian in an effort, perhaps futile, to reach an accommodation with the declining economy.

I note as well that the elderly who signed up for the severely flawed “Medicare Prescription Plan” are once again going to be taken to the cleaners. As per ARA. Nov. 14, 2008, their deductibles and co-payments are going to rise as of January 1, 2009. Further, according to an analysis of Medicare data by Alvalere Health, the largest drug plans will raise their premiums by an average of 31% and some by more than 60%. Seniors who signed up for Humana’s standard plan, a policy marketed as the low price leader in 2006, will pay $40.83 monthly next year up from $9.51 in 2006. Once again the matter of profits exceeds that of ethics or morality. Congress must modify this plan to work for the Medicare beneficiary rather than for the profits of the insurance and pharmaceutical industries, and at the same time do away with the “Medicare Advantage Plans,” the Bush administration’s subtle way to privatize and gradually do away with Medicare as a program.

Finally, to take the burden off future generations this country must get in step with Western Europe in quality and extent of health care for all. According to the Commonwealth Fund our health care rates 26th in the world and as of Nov. 13 UPI.com reports that, according to the Commonwealth Fund, U.S. patients, compared to seven other countries, suffer the highest number of medical errors. 44% of chronically ill patients did not get recommended care, fill a prescription, or see a doctor when sick because of costs. 41% of U.S. patients spent more than $1000 in the past year on out of pocket costs, compared to 4% in Britain or 8% in the Netherlands. We must make sure our elected representatives are not taking baksheesh from the pharmaceutical and insurance industries and support single payer, universal health care devoid of insurance company participation. The nation and your family depend on you not sitting idly on your butt. Call, E-mail, demonstrate!

In the overall aspect of cost containment regarding elder-care and health care costs, one would take a hard look at the multiplicity of tax-free, “non-profit” facilities and institutions involved. The Congress should be aware of their costs, their overhead, their depreciation, executive and other managerial salaries, bonuses, and perks, including executive seminars at fine golf resorts. One may
note that in financial reports, when available, one does not see the word “profit,” but instead “surplus” or a variety of terms. I find that the general public, especially the elderly, confuse the term “non-profit” with something akin to a legitimate charitable institution, which it may well be. However, a retirement home should not be confused with Doctors Without Borders, Catholic Charities or The Friends Service Committee.

I grow weary and frequently feel that eternal sleep might be a viable option, but there is so darned much needs to be done!