Economic Meltdown : Are We a Nation of Village Idiots? 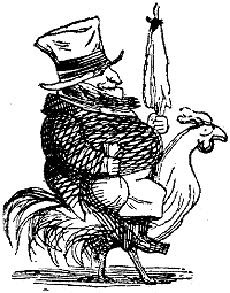 ‘Conservative Republicans always want the government to stay out of business and avoid regulation as long as they are making lots of money’
By James Moore / September 18, 2008

Don’t let them tell you this economic meltdown is a complicated mess. It’s not. Our national financial crisis is readily understood by anyone who has seen greed and hypocrisy. But we are now witnessing them on a profound, monumental scale.

Conservative Republicans always want the government to stay out of business and avoid regulation as long as they are making lots of money. When their greed, however, gets them into a fix, they are the first to cry out for rules and laws and taxpayer money to bail out their businesses. Obviously, Republicans are socialists. The Bush administration has decided to socialize the debt of the big Wall Street Firms. Taxpayers didn’t get to enjoy any of the big money profits on the phony financial instruments like derivatives or bundled sub-prime paper, but we get the privilege of paying for their debt and failures.

Let’s just consider the money. The public bailout of insurance giant (becoming a dwarf) AIG is estimated at $85 billion. According to one report, that’s more than the Bush administration spent on Aid to Families with Dependent Children during his entire time in office. That amount of money would also pay for health care for every man, woman, and child in America for at least six months.

How did we get here?

That’s pretty easy to answer, too. His name is Phil Gramm. A few days after the Supreme Court made George W. Bush president in 2000, Gramm stuck something called the Commodity Futures Modernization Act into the budget bill. Nobody knew that the Texas senator was slipping America a 262 page poison pill. The Gramm Guts America Act was designed to keep regulators from controlling new financial tools described as credit “swaps.” These are instruments like sub-prime mortgages bundled up and sold as securities. Under the Gramm law, neither the SEC nor the Commodities Futures Trading Commission (CFTC) were able to examine financial institutions like hedge funds or investment banks to guarantee they had the assets necessary to cover losses they were guaranteeing.

This isn’t small beer we are talking about here. The market for these fancy financial instruments they don’t expect us little people to understand is estimated at $60 trillion annually, which amounts to almost four times the entire US stock market.

And Senator Phil Gramm wanted it completely unregulated. So did Alan Greenspan, who supported the legislation and is now running around to the talk shows jabbering about the horror of it all. Before the highly paid lobbyists were done slinging their gold card guts about the halls of congress, every one from hedge funds to banks were playing with fire for fun and profit.

Gramm didn’t just make a fairy tale world for Wall Street, though. He included in his bill a provision that prevented the regulation of energy trading markets, which led us to the Enron collapse. There was no collapse of the house of Gramm, however, because his wife Wendy, who once headed up the Commodities Futures Trading Commission, took a job on the Enron board that provided almost $2 million to their household kitty. And why not? Wendy got a CFTC rule passed that kept the federal government from regulating energy futures contracts at Enron.

If John McCain gets elected and chooses Phil Gramm as his Treasury Secretary, which many politico types see as likely, they will be able to talk about the good old days when Gramm was in congress and McCain was in the senate and they were in the midst of the Savings and Loan crisis.

The S and L scandal, which may look precious when compared to our present cascade of problems, isn’t hard to understand, either. But it is impossible to take John McCain seriously on our current financial Armageddon since he was dabbling in the historic collapse of 747 S&Ls that occurred during Ronald Reagan’s era. In the early 80s under the Republican president, congress deregulated the savings and loan industry in much the same way that Gramm made sure there were no laws hindering our current financial malefactors on Wall Street. S&Ls simply lobbied until they had less regulation and then began making rampant, unsound investments.

The guy who was going the wildest with financial freedom was Charles Keating, who headed up Lincoln Savings and Loan of California. Because the S&L industry had managed to get congress to increase FDIC insurance from $40,000 to $100,000 on deposits, the irresponsible investing of people like Keating began to put taxpayer insurance funds at great risk of loss. Keating placed money in junk bonds and questionable real estate projects and because so many other S&Ls started acting the same way the Federal Home Loan Bank Board (FHLBB) began to push for a regulation that limited these dangerous speculative “direct” investments to 10% of an S&L’s assets.

And Keating didn’t like it; he called on a private economist named Alan Greenspan, who promptly produced a study saying that there was no danger in “direct” investments.

But that didn’t convince the FHLBB and as further scrutiny showed Lincoln Savings and Loan was making even more historically bad investment decisions, a federal investigation was launched.

McCain and four other US senators (known to history as the Keating Five) met with Edwin Gray, then chairman of the FHLBB. McCain had been hesitant to attend but had reportedly been called a “wimp” behind his back by Keating. The message to the FHLBB and Gray from the Keating Five was to lay off Lincoln and cool the investigation. Gray and the FHLBB did not relent but Lincoln stayed in business until 1989 when it collapsed with the rest of the S&L industry. The life savings of more than 20,000 elderly investors disappeared with the failure of Lincoln. Keating went to prison for five years.

Charles Keating was John McCain’s pal. They met in 1981 and Keating dumped $112,000 in the McCain campaign bank accounts between ’82 and ’87. A year before McCain met with the FHLBB regulators, his wife Cindy and her father, according to newspaper reports at the time, invested about $360,000 in one of Keating’s shopping centers. The Arizona Republic reported McCain and his wife and their babysitter took nine trips on Keating’s private jet to the Bahamas to stay at the S&L liar’s decadent Cat Cay resort. The senator didn’t pay Keating back for the plane rides until years later when he was under investigation.

McCain wasn’t found guilty of anything but bad judgment, which is an historic understatement. Republicans, who led deregulation of the S&L industry, delayed the bailout until after the 1988 election to make sure George H. W. won the White House. The cost to taxpayers for helping these 747 bad actors in the S&L industry was finally estimated at $1.4 trillion. If the bailout had begun in 1986 instead of after the presidential election, the cost would have been contained at $20 billion.

And now the Republicans who engineered our present crisis and got us into the S&L debacle of the 80s are before us saying the markets need regulation. No, actually, they don’t need regulation. Why don’t you Republican capitalists who believe in the free markets get out of the damned way and let them work and allow these various financial nuthouses be crushed by the weight of their own stupidity? When it is all over, we’ll have sane and sober people create laws to make sure it doesn’t happen again, assuming we survive this chaos.

Also, while you are handing out our tax money to idiots on Wall Street, save a little of the long green for the unemployed auto and construction workers and all of the other people who have lost their jobs because you were too stupid to notice what Phil Gramm was doing and you were convinced everything was going to be just fine because the markets work.

These, then, are the people — the Republicans — who want to run our government for four more years. John McCain isn’t just one of them. He rides their jets. He takes their campaign donations. He makes them his campaign advisors. And he tells us to trust him.

He must think we are a nation of village idiots.

Hell, maybe we are.