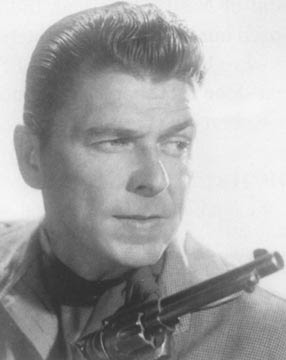 Steven Conn is a professor of history at Ohio State University and a writer for the History News Service.

As he refines his economic message on the campaign trail this summer, Republican John McCain has made it clear that, previous positions notwithstanding, he has now embraced the Republican economic orthodoxy: eliminate regulation, cut taxes on corporations and the wealthy, and the free and unfettered market will take care of everything.

This economic formula was fashioned most thoroughly by economist Milton Friedman in the mid-20th century, and brought to the federal government by Ronald Reagan. Friedman and his current devotees have looked to the late 19th century for their model of how an economy should work. They have imagined that era as a golden age of free-market competition and laissez-faire government. Many of these Friedmanites want us to return to that golden age.

The problem is that these free marketeers have their history exactly wrong. The Gilded Age, as Mark Twain and Charles Dudley Warner archly called it, was certainly not a period of a genuinely free market or of laissez-faire government. Government at a variety of levels and in many ways intervened regularly in the economy. It did so, however, on behalf of big business. Take just a few examples:

Railroads were among the biggest enterprises of the industrial age. After the Civil War, much of their expansion came because of government land grants. In fact, in the trans-Mississippi West, railroads received roughly 185 million acres of public land free in exchange for laying track. Free public land, therefore, lay at the foundation of the railroad industry.

The courts did their part to help big business as well. In a series of cases, most importantly the 1886 decision in Santa Clara County v. Southern Pacific Railroad, the Supreme Court used the 14th amendment, written originally to protect the rights of newly freed slaves, to define corporations as “persons.” As such, they thus enjoyed the same constitutional protections as individual citizens. The effect of these decisions was to put corporations largely beyond the reach of any state legislature or Congress that might regulate their abuses.

Nowhere was the laissez-faire ethos flouted more than over the question of labor unions and strikes. During the 1890s, as the Supreme Court was refashioning the 14th amendment to protect corporations, it used the 1890 Sherman Antitrust Act to undermine many union activities, ruling that unions constituted illegal “cartels.” When workers went on strike, big business repeatedly called upon the armed force of the state — local police, state guards, federal troops. They got it.

Far from “leaving alone,” government intervened in the economy during the late 19th century over and over, but almost always in one direction, on behalf of private businesses and against the interests of citizens, consumers and workers.

So it is today in our new Gilded Age. Banks and mortgage companies, which lobbied to have regulations in their industry loosened, came to Washington expecting to be bailed out when the real estate bubble popped. And they were, even as millions of Americans faced foreclosure without any help from government. Oil companies want access to even more public land, and large-scale agribusiness lobbies successfully for tariffs on lower-cost ethanol from Brazil.

Even Free-Marketer-in-Chief George Bush has benefited from the public intervention in the private market. When he sold his stake in the Texas Rangers, Bush profited handsomely because the value of the team increased dramatically when a new stadium was built. The citizens of Arlington, Tex., subsidized that stadium to the tune of nearly $200 million. They have seen almost none of the revenue returned to them.

Since the late 19th century, those who have called for laissez-faire government have never really wanted government to stay out of the economy. Rather, they believe that the power of government ought to be used to promote business interests, whether suppressing strikes one hundred years ago, or propping up the mortgage industry today.

Over the next several months, we ought to have a vigorous debate over the direction of the nation’s economic policies. When we do, we ought to acknowledge that there never was a golden age of laissez-faire economics. Government has been and will always be involved in the economy. The real question we need to ask is: on whose behalf?