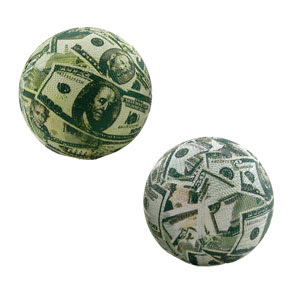 WASHINGTON — A new study released by the U.S. Bureau of Labor Statistics Tuesday confirmed that the most dependable source of income for American workers in the current economic climate is to win a novelty contest in which one must successfully shoot a basketball from half-court.

“After factoring in the odds of your ticket number being called while attending a game, the median dollar value awarded, and the athletic ability of the average American citizen, and cross-referencing these data with employment forecasts and current job-security indices, we have determined that half-court shooting contests are currently the most effective way to support a family of four,” the report read in part. “While this may seem like dire news, keep in mind that the consolation prize for missing the shot usually includes a food item from the concession stand.”

The report cited several other possible methods of securing a livelihood, including 50-50 raffles, lotto scratch-offs, and inventing YouTube

This entry was posted in RagBlog and tagged Economic Crisis, Satire. Bookmark the permalink.