Ed Felien :
Rethinking our revolution: A proposal for a
rural strategy

Tuition-free education, universal healthcare, and legalized pot are pieces of the puzzle. 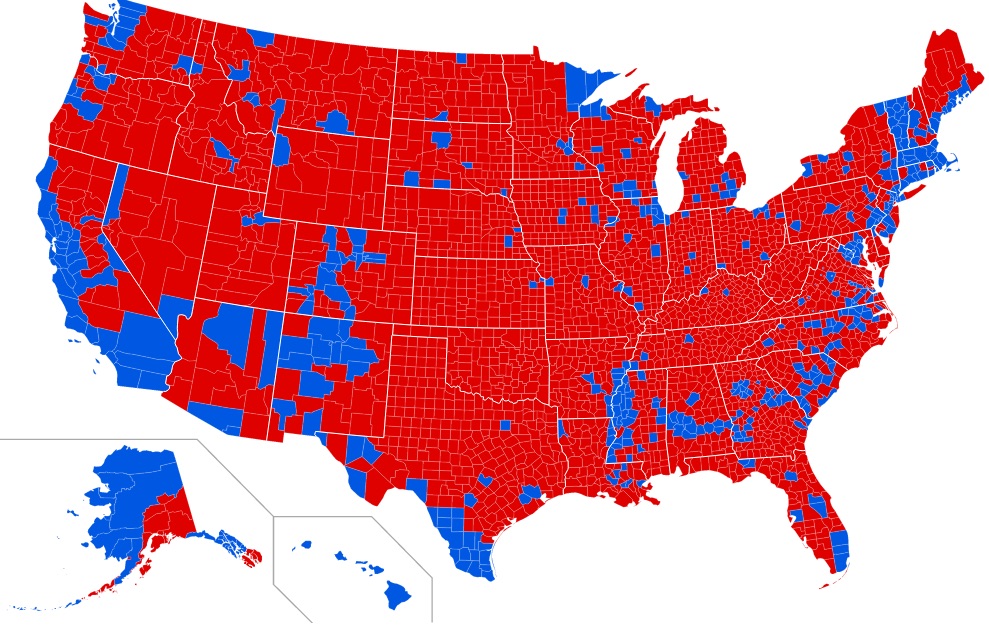 Clinton carried the cities, and Trump carried everything else.

Rural folks were tired of the smart-ass managerial elite telling them how to act.

Is it because rural folks were tired of the smart-ass managerial elite telling them how they’re supposed to act when they don’t understand the problems they’re facing just trying to survive?

We need a program that speaks to the needs of people living in small towns and on farms.

We need free tuition for community colleges and technical schools to keep the kids at home and help small town economies grow.

We need free health care for everybody because everywhere else in the world they can do it, and we have the best medical facilities in the world and we can’t afford them.

We need to legalize marijuana. Everywhere that it’s legal they have to grow it on mountaintops. We’ve got the best farmland in the country. We could grow the best marijuana at a fraction of the current market price.

How much would it cost to give everyone in the state a free community college education?

Tuition free scholarships for the economically disadvantaged is the smartest thing we could do.

Giving tuition free scholarships to the economically disadvantaged is the smartest thing we could do with our money. It will go immediately into the grassroots and create jobs and boost economic opportunities at a local level.

Governor Cuomo has just proposed that New York State offer free tuition to all college students at all public colleges and universities.

Why can’t we have free healthcare?

It just makes good sense to go to a single payer and universal healthcare system.

The marijuana laws are stupid,
unconstitutional, and racist.

The marijuana laws are stupid, unconstitutional, and racist. If you’re black in Hennepin County you are 6.4 times as likely to be busted for possession of marijuana. That is a violation of the Equal Protection Clause of the Constitution. Public opinion has shifted. No one believes any more that marijuana is the gateway to hell. It’s already legal in most of the other blue states.

It’s only a matter of time for the Minnesota Legislature to get the political courage to legalize it. Other states have done it through referendum. There’s no question it’s a popular measure. The Republicans can’t do it because their fundamentalist base doesn’t approve of smiles they don’t understand. Clinton carried Minnesota, but she got 180,000 fewer votes than Obama. Supporting legalization of marijuana will motivate voters.

It would be good for agriculture, but it would be essential and great for tourism. Tourism is a 13 billion dollar deal in Minnesota; 250,000 jobs; 11% of all private sector employment; $4.5 billion in wages; $840 million (17% of the total) in sales tax revenue. If people want to go hunting or fishing or chill out by a lake, where are they going to want to go? Colorado is experiencing record tourism, almost double the rate of growth as other states: 31% to 16%. Would people who enjoy marijuana want to go there, or would they want to go where they could be treated like criminals?

Rural people love the country, but they don’t know how much longer they’re going to be able to hang on. Their kids are leaving because there are no opportunities. Healthcare costs are driving them into bankruptcy, and they can’t make money growing corn and soybeans.

We have a chance to show them we’re on their side.

Addendum: They are beginning a campaign in Canada for free wi-fi for everyone, everywhere. This would be the best way for everyone from the country and the city to stay in touch. It should be a free public utility, like streets and libraries. This needs to be part of our program.

2 Responses to Ed Felien :
Rethinking our revolution: A proposal for a
rural strategy