Elaine J. Cohen :
METRO | Are the dreaded immigration sweeps coming to a city near you?

My friends trembled as they shared their stories of crossing the Rio Bravo and the desert, and hiding from ‘la migra.’ 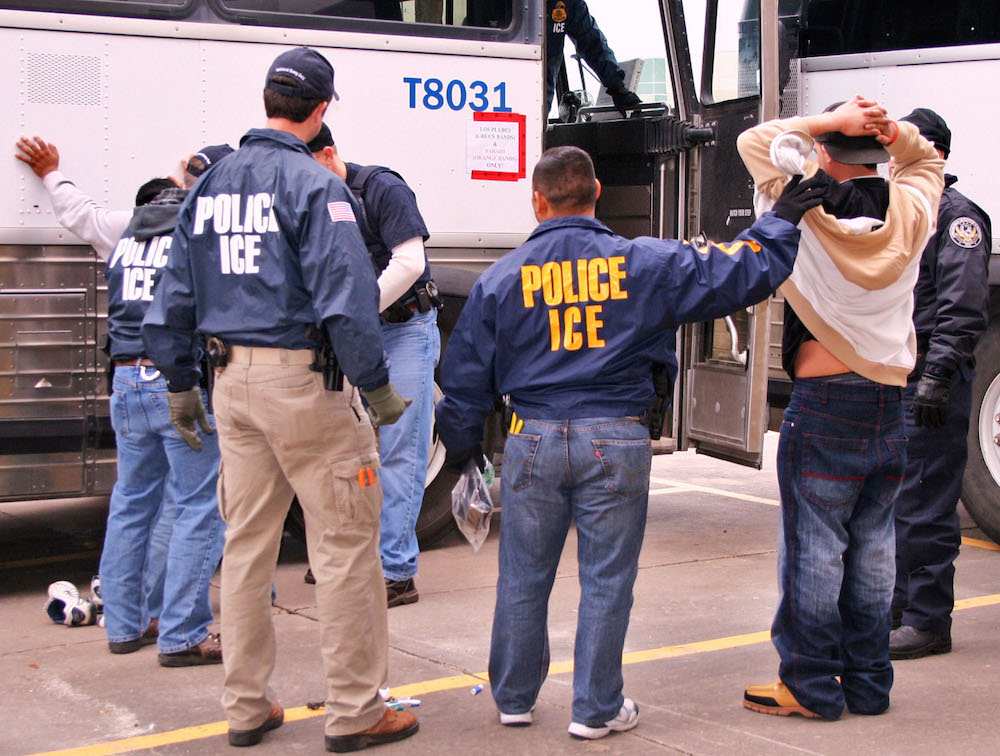 AUSTIN — The Deportations have gone into an even higher gear. Recently I was one of six adults who sat around the pine table in one of the houses of Posada Esperanza. Three active children and one toddler played around us. They could see that the grown-ups were worried and talking in serious voices. Their play was not violent — but it slowly increased in pitch and velocity. Their play reflected our state of heart-mind.

The Christmas message of the Obama Deportation Machine was chilling and so very ironic. As the Western World prepared to celebrate the birth of one whom they believe to have been the Messiah, they began the process of systematically and brutally hunting immigrant families with the sole purpose of deporting them.

Citizens of Bethlehem refused sanctuary to a pregnant immigrant woman and her husband.

There is an almost blissful disconnect between the avowed Christianity of those who dominate and adjudicate the law and the story of the birth of a child born in a shed off a barn because no legal resident of Bethlehem would take in two immigrants. Citizens of Bethlehem refused sanctuary to an extremely pregnant immigrant woman and her husband.

While I, my citizenship assured, can sit and question authority, my friends who are immigrants have begun to tremble at the thought of being deported back to the varying Hells from which they fled. I thought that to write of someone trembling was a literary conceit, too often employed in Victorian and Edwardian literature. But yesterday I saw my friends trembling, as they shared their stories of crossing the Rio Bravo and the desert, and hiding from la migra. Again I heard about the horror of the hierleras where the Border Patrol rules mercilessly with seeming impunity. As if Voldemort had designed an invisibility cloak to protect his most violent followers.

So far, here in Austin, we haven’t had any of the dreaded immigration sweeps. Advocates, lawyers, friends and immigrants have begun to meet, to share information. To prepare. To prepare for what? Will la migra come to the door with formal documents of deportation? Will AISD allow children to be arrested and deported from their classrooms or will it happen as they walk to or from school?

What would it take for Austin to become a Sanctuary City? Damn it. How can we keep all the immigrants in our community safe and protected from deportation? What of the immigrants in all the other communities across the country? What can we learn from our friends in Houston and Dallas and D.C. and Chicago and New York and Los Angeles and…?

Ryan writes, “The Obama Administration is seriously misguided in its approach to this humanitarian crisis if it believes the solution is to round up refugee families at their schools, their churches and homes, in an effort to appear tough on immigration.”

The primary targets for deportation are the families that arrived in those “peak” months of 2014. What a summer that was. While the Israeli military bombed and killed hundreds of Palestinians in Gaza, thousands of women and children were coming across the southern border of the U.S. to escape from the violence of cartels, corrupt police, unrepentant domestic violence, and the military.

When it’s a sweep, it doesn’t matter if you
are on ‘the list’ or not.

Yet as one of my friends (from a part of Mexico that has been ravaged by a group that took its name from Medieval Europe) reminded us, when it’s a sweep, it doesn’t matter if you are on “the list” or not. You get swept up and out. She told a story of being hidden, years ago, by friendly neighbors, while la migra stormed that neighborhood somewhere. She didn’t get deported that day — but now she wonders what will happen this time.

And I wonder what should be my response to all this? I have more questions than answers. After being in Immigrant Detention for months and then, finally, achieving liberation, must my friends now be hounded and deported back to certain suffering and possible death?

Where is the Justice in all that? Immigration and Customs Enforcement (ICE) cannot truly represent the political philosophy of the United States. Or can it?

Post script: While working on this, just received email from the National Day Laborer’s Organizing Network (NDLON): “Today we have heard the first reports that U.S. authorities have begun to implement this plan in Atlanta.” The Los Angeles Times reports that “at least 11 families have been taken into custody and appear to be held at the Atlanta Field Office of ICE.” So it begins.

[Rag Blog metro writer Elaine Cohen moved to Austin in 1997 after she found Accion Zapatista’s website. She became involved with immigrants when she started work as a bilingual substitute for the Austin Independent School District (AISD). After another stay teaching in Mexico (2005-2010) she returned to Austin and discovered the Hutto Visitation Program and became involved in visiting women and children in Texas’ family immigration detention centers.]