‘Family detention’ is just a euphemism for ‘prisons incarcerating immigrant women and children.’

This sign marked the small office of BI Incorporated.

AUSTIN — According to my well-worn Webster’s, a euphemism is “the substitution of an agreeable or inoffensive expression for one that may offend or suggest something unpleasant” and comes from the Greek. For those of us who have been working to change current USian immigration policies, it is a constant struggle to strip away the euphemisms employed throughout the system and lay bare the ugly realities that they obscure.

Who better to recognize and illuminate these euphemisms than the Japanese-Americans who were rounded up and placed in “internment camps” from 1941 until the first days of 1945? It was with this in mind that in early September, RAICES of San Antonio held the conference, “The New American ‘Internment Camps’ — A Closer Look at ‘Family Detention.’” The event was held at Our Lady of the Lake University.

Over the years I’ve attended quite a few gatherings on immigration detention and learned something at each. It was at this conference, however, that my growing discomfort with the vocabulary of detention came into focus. For this reason I want to acknowledge the Power of Words Handbook, A Guide to Language about Japanese Americans in World War II: Understanding Euphemisms and Preferred Terminology, published by the Japanese American Citizens League (JACL) in 2013. Here is the link to the pdf.

The terrible experience of Japanese-Americans in the internment camps was reported on.

The terrible experience of the Japanese-Americans in the internment camps was reported on at the conference by Satsuki Ina, Ph.D. ,and Hiro Nishikawa, Ph.D. Dr. Ina was born at the Tule Lake Segregation Center in Northern California and Dr. Nishikawa lived in the Poston, Arizona, camp during part of his childhood.

Both gave testimony to the trauma of childhood incarceration and spoke eloquently for the closure of the modern incarnation of these camps currently in Berks, Pennsylvania and in Karnes and Dilley, Texas.

Many writers (I include myself in this group) have mentioned the similarities between the American internment camps which held Japanese-Americans during WWII and family detention today. Why would I write “held” when the accurate word is imprisoned or incarcerated? Let’s call this Euphemism #1. 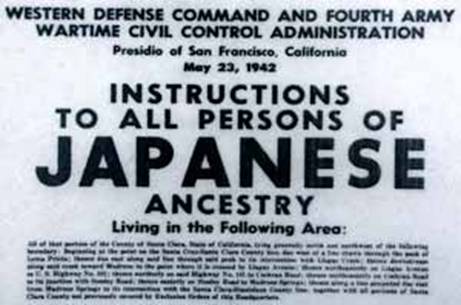 Writers have noted the similarity between “family detention” and the internment camps for Japanese-Americans.

Currently men and women fleeing domestic, state, and gang violence in Central America are kept for days, and sometimes weeks, in the cold concrete buildings of the rogue Border Patrol. These concrete buildings, kept deliberately at low temperatures have been given a name by the immigrants. They are called hierleras, Spanish for ice box. After this punishing time in cold, with little food and water, they are shackled and bused to detention facilities. Of course, using “facility” instead of prison is one more euphemism. We’ll call this #2.

When women with children are apprehended at the border, they are sent to “family detention,” Euphemism #3, for “prisons incarcerating mothers and children.”

Finally, if the mothers are allowed to be released from Berks, Karnes, or Dilley, they are often burdened with electronic surveillance devices or electronic tracking devices, placed on their ankles. Those of us who know women who have been forced to wear them have objected to the use of the term “ankle bracelets.” I have, on occasion, upset some well-meaning and intelligent people who have called them this. I consider ankle bracelets to be another euphemism. Shall we call it #4?

The women who have to wear these ‘ankle bracelets’ use the Spanish word, ‘los grilletes.’

The women who have to wear these use the Spanish word, los grilletes. These women from Guatemala, Honduras, and El Salvador do not use a euphemism. They call them what they are: shackles.

One might also question the term “family detention” as it is being used in 2015. When the first activists and lawyers were battling family detention in Taylor, Texas, at the Hutto Residential Center (sic) there were families: men, women, and children. For the last years, however, family detention should really be called “mothers and children detention.” Law Professor and co-founder of the Immigration Law Clinic at the University of Texas, Austin, Barbara Hines, has frequently spoken of “the mommy clause.” When a man with a child or children is apprehended at the border, they are released to their family members. Women and children are placed in Detention. 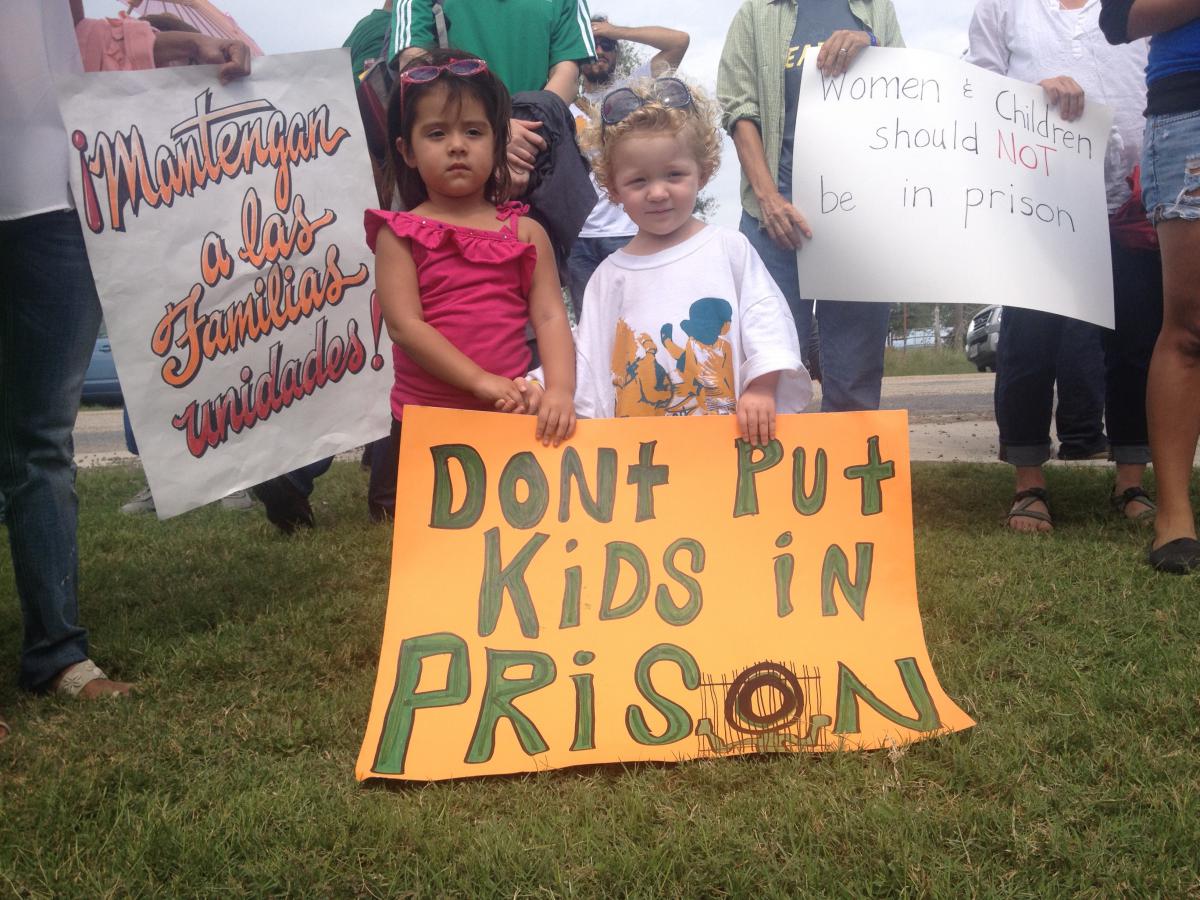 It is after “release” from detention that another strand of the lies woven into immigration policy is exposed. For the second time I accompanied a woman “released” from Karnes to her mandatory monthly check-in. Alejandro Caceres (immigration organizer at Grassroots Leadership) and I drove our friend to San Antonio for her recent appointment.

Tucked away off the 410 and not easy to find, the small office of BI Incorporated occupies a squat brown building. The sign inside reads:

I think that even Professor Chomsky would have a difficult time deconstructing the meaning of “Intensive Supervision Appearance Program.” What do they mean by Intensive Supervision Appearance? Does it mean that their work is the intensive supervision of the required appearance of those purportedly released from detention? But what if I choose to interpret appearance not as the act of presenting oneself but rather the illusion of something, does that not mean something different?

Here’s what BI Incorporated has to say about itself on its website:

Since 2004, BI Incorporated has supported the Department of Homeland Security to operate the Intensive Supervision Appearance Program, an alternative to detention program also known as ISAP…

GEO is now in the ‘post-detention’ business.

So, instead of being incarcerated in detention, where GEO and CCA bill the Department of Homeland Security an estimated $260/day for each woman and child in “mothers and children detention,” GEO is now in the “post-detention” business. They make the electronic surveillance devices that are placed on the women (not yet on children — but who knows?) and have staffed offices throughout the country, where the recently released must go and appear.

Grassroots Leadership, on its webpage, reports that

Advocates and immigration attorneys say they fear the new contract, for a pilot program to test a probation-like system for immigrant families released from lockup, only further expands the private prison industry’s reach in the U.S. immigration system.

Could it be that ICE and its partners in crimes against humanity have dared to co-opt the concept of “alternatives to detention” and twisted it into new profit streams and bureaucracies?

What do those who have been most impacted by this dark corner of an inherently flawed immigration policy think a humane alternative to detention would look like? What kind of post-detention release is it when one is forced to wear the despised grilletes, be driven hundreds of miles from where one lives for monthly reports and be told that any Friday they could be “visited” — and they better be home.

Is this the new face of house arrest? Could it be that mi mal gobierno is trying it out on immigrants? Is it rehearsing on vulnerable women and children from Central America?