Eliminating the Taliban Threat: Not Achievable 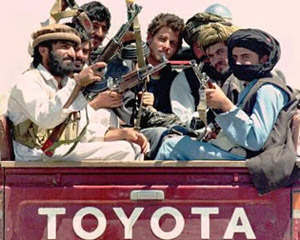 ONLY if our troop levels hit 100,000 and fighting floods over into Taliban havens in Pakistan will Washington be likely to look hard at the alternative policy for Afghanistan — withdrawing most American forces and refocusing our power on containing, deterring and diplomatically encircling the terrorist threat. But by then it will be too late.

President Obama is now confronting the classic problem from hell: either do more to stave off defeat and hope to get lucky, or withdraw and face charges of defeatism and perhaps new terrorist attacks. Mr. Obama’s goal is to “ensure” that Afghanistan is not a sanctuary for terrorists, which effectively restates his campaign call for victory there. Thus, he recently decided to add 17,000 American troops to the more than 35,000 already in Afghanistan. But his goal of eliminating the Taliban threat is not achievable.

Mr. Obama needs to consider another path. Our strategy in Afghanistan should emphasize what we do best (containing and deterring, and forging coalitions) and downgrade what we do worst (nation-building in open-ended wars). It should cut our growing costs and secure our interests by employing our power more creatively and practically. It must also permit us — and this is critical — to focus more American resources and influence on the far more dire situation in Pakistan.

We can’t defeat the Taliban in Afghanistan, as the last seven years have shown. Numbers are part of the problem: most Taliban are members of Afghanistan’s majority tribe, the Pashtuns. More confounding, the Taliban and their Qaeda allies have found in northwestern Pakistan a refuge that has proved almost impregnable. These factors make overcoming the enemy in Afghanistan infinitely harder than it was in Iraq.

What we can do is effectively reduce the risk of terrorist attacks from Afghanistan against its neighbors, the United States and its allies. We can do this in a way that would allow for the withdrawal of American forces, though economic and military aid would continue. 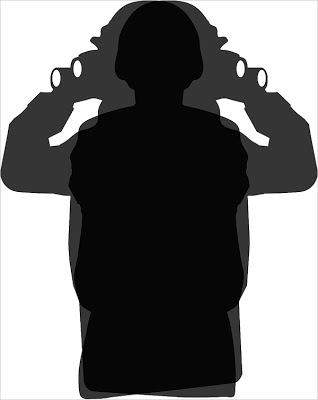 Graphic by Fogelson-Lubliner.
The first step is to provide significantly increased economic support, arms and training to friendly Afghans as United States combat forces gradually depart over, say, three years. We could use the intervening time to increase present counterinsurgency operations to better protect Afghans and give them a boost to fight on their own, if they have the will.

The second step is to try to separate less extremist elements of the Taliban from their leadership and from Al Qaeda. Mr. Obama is already considering reaching out to Taliban moderates, and he could do this through the Afghan government and covert contacts. No group is monolithic once tested with carrots and sticks, as we saw in Northern Ireland and Iraq.

The Taliban are no exception. While most of them want to drive America out, they have no inherent interest in exporting terrorism. As nasty as the Taliban are, America’s vital interests do not require their exclusion from power in Afghanistan, so long as they don’t support international terrorists.

Third, while we should talk to the Taliban, Washington can’t rely on their word and so must fashion a credible deterrent. The more the Taliban set up shop inside Afghanistan, the more vulnerable they will be to American punishment. Taliban leaders must have good reason to fear America’s military reach. Their leaders could be hit by drones or air strikes. The same goes for their poppy fields, from which they derive considerable income. Most important, Mr. Obama must do what the Bush team inexplicably never seemed to succeed in doing — stop the flow of funds to the Taliban that comes mainly through the Arab Gulf states. At the same time, he could let some money trickle in to reward good behavior.

Fourth, President Obama has to ring Afghanistan with a coalition of neighbors to show the Taliban they have no place to seek succor, even after an American departure. The group would include China, India, Russia, NATO allies, and yes, Iran. They all share a considerable interest in stemming the spread of Afghan drugs and Islamic extremism. China and Russia should be more willing to help in this anti-Taliban effort as the American military presence recedes from their sensitive borders.

Then there’s Pakistan, both the heart of the problem and the key to its solution. The peaceful future of the region depends on the resolve and ability of Pakistan’s secular and moderate religious leaders to provide decent government to their people. China, India, Iran and Russia might cooperate with Washington simply because there’s no motivation greater than the nightmare of extremists controlling Pakistan’s nuclear weapons.

India in particular wants to combat extremism in Pakistan. It could do that by reducing its forces on the border with Pakistan, for example, thereby allowing Pakistani moderates to focus their attention more on the growing and already formidable extremist threat within.

Withdrawal need not mean defeat for America and victory for terrorists, if the full range of American power is used effectively. Richard Nixon and Henry Kissinger proved that by countering the nasty aftereffects of Vietnam’s fall to communism in a virtuoso display of American power. They did this by engaging in triangular diplomacy with China and the Soviet Union; brokering a de facto peace between Israel and Egypt; and re-establishing American prowess in Asia as a counterweight to emerging Chinese power. By 1978, three years after Saigon’s fall, America’s position in the area was stronger than at any time since the end of World War II.

I don’t know whether the power extrication strategy sketched out here would be less or more risky than our present course. But trying to eliminate the Taliban and Qaeda threat in Afghanistan is unattainable, while finding a way to live with, contain and deter the Taliban is an achievable goal. After all, we don’t insist on eliminating terrorist threats from Somalia, Yemen and Pakistan. Furthermore, this strategy of containing and deterring is far better suited to American power than the current approach of counterinsurgency and nation-building.

President Obama and Congress owe it to both Afghans and Americans to explore a strategy of power extrication before they make another major decision to expand the war.

[Leslie H. Gelb, a former editor and columnist for The Times, is the president emeritus of the Council on Foreign Relations and the author of the forthcoming “Power Rules: How Common Sense Can Rescue American Foreign Policy.”]

This entry was posted in RagBlog and tagged Afghanistan, Obama Administration, U.S. Foreign Policy, War on Terror. Bookmark the permalink.