Explaining the Results of US Presidential Elections 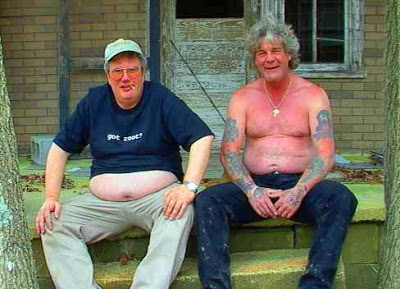 Why Rednecks May Rule the World
By Joe Bageant / September 7, 2008

During this US election cycle we are hearing a lot from the pundits and candidates about “heartland voters,” and “white working class voters.”

The fact is that we American rednecks embrace the term in a sort of proud defiance. To us, the term redneck indicates a culture we were born in and enjoy. So I find it very interesting that politically correct people have taken it upon themselves to protect us from what has come to be one of our own warm and light hearted terms for one another.

On the other hand, I can quite imagine their concern, given what’s at stake in the upcoming election. We represent at least a third of all voters and no US president has ever been elected without our support.

Consequently, rednecks have never had so many friends or so much attention as in 2008. Contrary to the stereotype, we are not all tobacco chawing, guffawing Southerners, but are scattered from coast to coast. Over 50% of us live in the “cultural south”, which is to say places with white Southern Scots-Irish values — redneck values.

So when you look at what pundits call the red state heartland, you are looking at the Republic of Redneckia.

As to having our delicate beer-sodden feelings protected from the term redneck; well, I appreciate the effort, though I highly suspect that the best way to hide snobbishness is to pose as protector of any class of folks you cannot bear. Thus we are being protected by the very people who look down on us — educated urban progressives.

And let’s face it, there’s plenty to look down on. By any tasteful standard, we ain’t a pretty people.

Uppity and slick? Not us …

We come in one size: extra large. We are sometimes insolent and often quick to fight. We love competitive spectacle such as NASCAR and paintball, and believe gun ownership is the eleventh commandment.

We fry things nobody ever considered friable — things like cupcakes, banana sandwiches and batter dipped artificial cheese … even pickles.

And most of all we are defiant and suspicious of authority, and people who are “uppity” (sophisticated) and “slick” (people who use words with more than three syllables). Two should be enough for anybody.

And that is one of the reasons that, mystifying as it is to the outside world, John McCain’s choice of the moose-shooting Alaskan woman with the pregnant unmarried teen daughter appeals to many redneck and working class Americans.

We all understand that there is a political class which dominates in America, and that Sarah Palin for damned sure is not one of them. And the more she is attacked by liberal Democratic elements (translation: elite highly-educated big city people) the more America’s working mooks will come to her defence. Her daughter had a baby out of wedlock? Big deal. What family has not? She is a Christian fundamentalist who believes God spat on his beefy paws and made the world in seven days? So do at least 150 million other Americans. She snowmobiles and fishes and she is a looker to boot. She’s a redneck.

The term redneck indicates a lifestyle and culture that can be found in every state in our union. The essentials of redneck culture were brought to America by what we call the Scots Irish, after first being shipped to the Ulster Plantation, where our, uh, remarkable cultural legacy can still be seen every 12 July in Ireland.

Ultimately, the Scots Irish have had more of an effect on the American ethos than any other immigrant group. Here are a few you will recognize:

* Belief that no law is above God’s law, not even the US Constitution.
* Hyper patriotism. A fighting defence of native land, home and heart, even when it is not actually threatened: ie, Iraq, Panama, Grenada, Somalia, Cuba, Nicaragua, Vietnam, Haiti and dozens more with righteous operations titles such as Enduring Freedom, Restore Hope, and Just Cause.
* A love of guns and tremendous respect for the warrior ideal. Along with this comes a strong sense of fealty and loyalty. Fealty to wartime leaders, whether it be FDR or George Bush.
* Self effacement, humility. We are usually the butt of our own jokes, in an effort not to appear aloof among one another.
* Belief that most things outside our own community and nation are inferior and threatening, that the world is jealous of the American lifestyle.
* Personal pride in equality. No man, however rich or powerful, is better than me.
* Perseverance and belief in hard work. If a man or a family is poor, it is because they did not work hard enough. God rewards those who work hard enough. So does the American system.
* The only free country in the world is the United States, and the only reason we ever go to war is to protect that freedom.

All this has become so deeply instilled as to now be reflexive. It represents many of the worst traits in American culture and a few of the best. And that has every thinking person here in the US, except perhaps John McCain and Sarah Palin, worried.

This entry was posted in RagBlog and tagged American Society, Presidential Campaign. Bookmark the permalink.