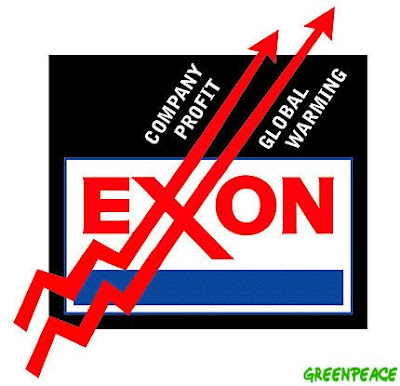 The company said its revenue totaled $137.7 billion in the third quarter.

Analysts had expected Exxon to report a 40% jump in earnings to $2.38 per share, or net income of $12.2 billion, and a 28% surge in revenue to $131.13 billion, according to a consensus of estimates compiled by Thomson Reuters.

The company’s earnings were buoyed by oil prices, which reached record highs in the quarter before declining. Oil prices were trading at $140.97 a barrel at the beginning of the third quarter, and had fallen to $100.64 at the end.

Exxon’s special charges include the gain of $1.62 billion from the sale of a German natural gas company. It also includes the $170 million charge in interest related to punitive damages from the Valdez oil spill off the Alaskan coast in 1989.

The Irving, Texas-based company said it lost $50 million, before taxes, in oil revenue because of Hurricanes Gustav and Ike. The company expects damages related to these hurricanes to reduce fourth-quarter earnings by $500 million.

Despite the surge in profit, Exxon said oil production was down 8% in the third quarter, compared to the same period last year.

The company also said it is spending more money to locate new sources of oil. Exxon said it spent $6.9 billion on oil exploration in the third quarter, a jump of 26% from the same period last year.

“I don’t expect the fourth quarter to be nearly as good as the third because of lower oil prices,” said Weiss.

He also said that demand for gasoline is falling, which could impact Exxon and other oil companies.

Exxon is the second-largest company in the Fortune 500 in terms of annual sales, behind Wal-Mart Stores (WMT, Fortune 500).