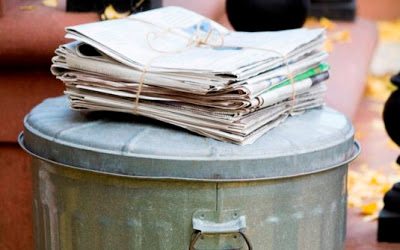 By Fairness and Accuracy in Reporting / November 5, 2010

With the Democrats suffering substantial losses in Tuesday’s midterms, many journalists and pundits were offering a familiar diagnosis (Extra!, 7-8/06; FAIR Media Advisory, 2/3/09): The Democrats had misread their mandate and governed too far to the left. The solution, as always, is for Democrats to move to the right and reclaim “the center.” But this conventional wisdom falls apart under scrutiny.

For months, the problem for Democrats was correctly identified as the “enthusiasm gap” — the idea that the progressive base of the party was not excited about voting. The exit polls from Tuesday’s vote confirm that many Democratic-tending voters failed to show up.

How, then, does one square this fact with the idea that Obama and Democrats were pushing policies that were considered too left-wing? If that were the case, then presumably more of those base voters would have voted to support that agenda. It is difficult to fathom how both things could be true.

But reporting and commentary preferred a narrative that declared that Obama’s “days of muscling through an ambitious legislative agenda on [the] strength of Democratic votes [are] over” (Washington Post, 11/3/10). “The verdict delivered by voters on Tuesday effectively put an end to his transformational ambitions,” announced Peter Baker of The New York Times (11/3/10).

Some thought Obama’s post-election speech was still missing the point. As The Washington Post‘s Dan Balz put it (11/4/10), Obama was “unwilling, it seemed, to consider whether he had moved too far to the left for many voters who thought he was a centrist when he ran in 2008.” On CNN (11/3/10), David Gergen said, “I don’t think he made a sufficient pivot to the center today. He has to do that, I think, through policies and through personnel.” Gergen went on to cite Social Security “reform” as an ideal way to demonstrate he was “taking on his base.”

return to his original design for governing, which emphasized outreach to Republicans and subordination of party-oriented strategies. The voters have in effect liberated him from his confining alliances with Nancy Pelosi and Harry Reid and put him in a position where he can and must negotiate with a much wider range of legislators, including Republicans. The president’s worst mistake may have been avoiding even a single one-on-one meeting with Senate Minority Leader Mitch McConnell until he had been in office for a year and a half.

During his first two years in office, Obama often acted as if he didn’t need a working relationship with congressional Republicans. With big Democratic majorities in Congress… he could court a few moderate Republicans such as Maine Sen. Olympia Snowe in hopes of peeling off a GOP vote or two to block a filibuster or give legislation a bipartisan patina.

This view of Obama’s politics meshes poorly with reality. Much of the Democrats’ maneuvering over the healthcare bill, for example, was devoted to trying to find any Republicans who might support it, stripping out elements of the bill — such as the public option — that were drawing more enthusiasm from the party base. (A true single-payer plan was rejected from the beginning.)

The dramatic escalation of the Afghan War was a major disappointment to the progressive base, along with Obama’s embrace of nuclear power and offshore oil drilling. And critics on the left often expressed disappointment with the White House’s timid approach to Wall Street reform and economic stimulus.

Yet after the election, it was difficult to find TV pundits who would argue against the media conventional wisdom about an agenda that was too left-wing. Instead pundits were offering plenty of suggestions for Obama to move even further to the right — Time‘s Joe Klein recommended building more nuclear power plants (FAIR Blog, 10/29/10) and Washington Post columnist David Broder floated a war with Iran to boost the economy and promote bipartisanship (FAIR Blog, 11/1/10).

Bill Clinton, whom media likewise counseled to move right after heavy midterm losses, was frequently held up as an exemplar: “If there is a model for the way forward in recent history, it’s provided by President Bill Clinton, who established himself as more of a centrist by working with Republicans to pass welfare reform after Democrats lost their grip on Congress in 1994.” (Associated Press, 11/2/10).

The advice to move to the “center” was accompanied by reporting and analysis that wondered if Obama was even capable of doing so. “Obama has not shown the same sort of centrist sensibilities that Mr. Clinton did,” explained The New York Times (11/3/10).

Of course, Clinton’s first two years were centrist — and a disappointment to his base, seriously dampening Democratic turnout in the midterms (Extra!, 1-2/95; FAIR Media Advisory, 11/7/08). And the “Clinton model” failed to build broad Democratic electoral success.

Meanwhile, the pundits had right in front of them, in the sweeping Republican victory, an example of how a political party can organize a comeback — not by moving to the center and alienating its base, but by “using guerrilla-style tactics to attack Democrats and play offense” (New York Times, 11/4/10).

Much of the election analysis sought to ignore or downplay what was inarguably an election about unemployment and the state of the economy. Reporting that sought to elevate the federal budget deficit (FAIR Action Alert,6/24/10) as a primary issue of concern served as a diversion — and drove the election narrative into Republican territory, where rhetoric about “big government” and cutting federal spending were dominant themes.

“If there is an overarching theme of election 2010, it is the question of how big the government should be and how far it should reach into people’s lives,” explained the lead of an October 10 Washington Post article. There was little in that article — or anywhere else — to support that contention.

With the economy the overwhelming issue for the public (Washington Post, 11/3/10) the media should have led a serious discussion about what to do about it. Instead, there was a discussion that mostly adhered to a formula where the left-wing position was that nothing could be done to improve the economic situation (when the actual progressive view was that a great deal more could have been done), while the right offered an attack on federal spending but was never required to offer a coherent explanation of how such spending eliminated jobs.

As The New York Times‘ Baker (11/3/10) framed it: “Was this the natural and unavoidable backlash in a time of historic economic distress, or was it a repudiation of a big-spending activist government?”

There were some exceptions — MSNBC interviews with top Republican officials on election night (11/2/10), for instance, revealed that many could not offer a coherent plan for reducing spending or the budget deficit. This should have been a larger part of the media’s coverage of the election.

Who voted?
Some election reporting and commentary treated the results as if they represented a dramatic lurch to the right. As Alternet‘s Josh Holland noted (11/3/10), reporting like a New York Times article that talked of “critical parts” of the 2008 Obama vote “switching their allegiance to the Republicans” distracted from the main lesson — that many Obama voters of two years ago did not participate in 2010. Republican-leaning voters, on the other hand, did.

That fact, along with the disastrous state of the economy and the normal historical trends seen in midterm elections, would seem to provide most of the answers for why the election turned out the way it did.

But much of the media commentary wanted to turn the election into a national referendum on the new healthcare law or the size of government. The exit polls provide some clues about the sentiment of voters, but the lessons don’t seem to fit neatly into those dominant media narratives.

Asked who was to blame for the state of the economy, most picked Wall Street and George W. Bush (USA Today, 11/3/10). As a New York Times editorial noted (11/4/10), “While 48 percent of voters said they wanted to repeal the healthcare law, 47 percent said they wanted to keep it the way it is or expand it — hardly a roaring consensus.”

Some attention was paid to the exit poll finding that 39 percent of voters support Congress focusing on deficit reduction — which would appear to lend some credence to the media message that voters cared deeply about deficits. But the same exit polling found 37 percent support for more government spending to create jobs.

Given that polling of the general public shows stronger concern about jobs — The New York Times reported (9/16/10) that “The economy and jobs are increasingly and overwhelmingly cited by Americans as the most important problems facing the country, while the deficit barely registers as a topic of concern when survey respondents were asked to volunteer their worries” — if anything, this finding serves to reinforce that citizens energized by Republican talking points were the ones who showed up to vote (FAIR Blog, 10/18/10).

In the end, the elections were covered the way elections are often covered — poorly. As Dean Baker of the Center for Economic and Policy Research put it (Politico, 11/2/10), “Until we get better media, we will not get better politics.”

[Fairness and Accuracy in Reporting (FAIR) is a national media watch group that, in its own words, “has been offering well-documented criticism of media bias and censorship since 1986.” FAIR “work[s] to invigorate the First Amendment by advocating for greater diversity in the press and by scrutinizing media practices that marginalize public interest, minority, and dissenting viewpoints.”]

This entry was posted in RagBlog and tagged 2010 Elections, Mainstream Media, Media Criticism, The Press. Bookmark the permalink.