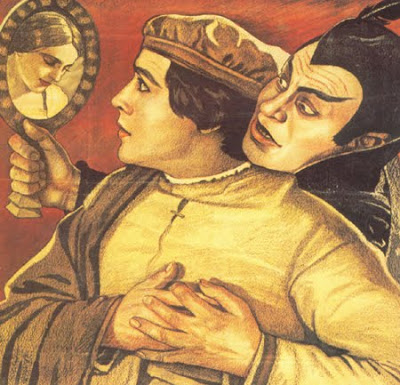 “The country has come to feel the same when Congress is in session as when the baby gets hold of a hammer.” — Will Rogers

Congress has returned to Washington and is set to resolve the differences in the House of Representatives’ tentative health care legislation and the Senate’s “Health Insurance Enrichment Act” in a series of secret meetings.

The idea of secret gatherings, in an elected democratic form of government, becomes not only disturbing but frightening, especially in view of the fact that MSNBC on two occasions has reported that President Obama, who has made a Faustian bargain with the health insurance cartels and PhARMA, has urged the secret conclave to adopt the essence of the Senate legislation which was written by a retired member of the health insurance company, WellPoint.

One can find such undemocratic shenanigans distasteful, and indeed terrifying, but the mainstream media, with its selective reporting, has not told the whole story. It now appears that another crises is looming. We who are retired and recipients of Medicare have watched the whole thing with a certain detachment considering the fact that we receive the benefits of an excellent system of socialized medicine under the Medicare Act. We are happy; we are provided for. Or are we?

On December 31, Bloomberg News reported the Mayo Clinic, at one of its Arizona primary care clinics, has stopped treating Medicare patients saying that the government pays too little. More than 3,000 patients eligible for Medicare will be forced to pay cash if they want to continue seeing their doctors at a Mayo Clinic in Glendale.

The Mayo organization had 3,700 staff physicians and scientists and treated 526,000 patients in 2008. It lost $840 million last year on Medicare. Nationwide, doctors made about 20% less for treating Medicare patients than they did for caring for privately insured patients in 2007. Congress last week postponed for two months a 21.5% cut in Medicare reimbursements for doctors.

A story published in the Boston Globe presents an even more disturbing picture. The independent Medicare Payment Advisory Commission reported that 29% of Medicare beneficiaries — more than one in four — have trouble finding a primary care doctor willing to treat them. A survey by the Texas Medical Association found that only 38% of the state’s primary care physicians were accepting new Medicare patients.

But if you think that that sounds grim, wait until Congress enacts the President’s health care overhaul. A central element of the House and Senate versions of ObamaCare is that Medicare reimbursements to hospitals and doctors — already so low that many providers lose money each time they treat a Medicare patient — will be forced lower still.

As we have pointed out in previous articles on The Rag Blog, it is essential to INCREASE Medicare payments to primary care physicians, i.e. general practitioners, internists and internal medicine specialties, or the entire health care system will collapse, even without “ObamaCare” as embodied in the farcical Senate bill. Each year Medicare loses billions of dollars to fraud and abuse. The program’s long-term deficit is a staggering $38 trillion, yet its reimbursement of physicians is so meager that more and more cannot afford to treat Medicare patients.

Congress must provide more inspectors to look into Medicare fraud. When I look at the burgeoning number of medical supply companies and watch their ads on TV for such things as motorized scooters, I wonder: Where is the oversight? When I see nursing homes, now called “rehabilitation facilities,” being built with the appearance of imperial palaces I wonder: Is this necessary?

And we must initiate immediate and forceful action to do away with payments to the insurance companies through the “Medicare Advantage Plans,” as well as the multi-billion dollar pay-outs of Medicare funds to the health insurance cartel and PhARMA to administer the Medicare Part D plan — from which they are making an outstanding profit without taxpayer subsidies.

We should also take a realistic look at the billions of dollars spent on “end of life care,” which frequently amounts to torturing the dying in an intensive care unit by inserting tubes, airways, and needles into their frail bodies rather than allowing them to die with dignity and in comfort in their own homes, in their own beds, supported by compassionate Hospice Care.

The depletion of the Medicare trust fund is mostly the legacy of those in the Bush Administration, continuing into the Obama administration — the work of the neoliberals

Neoliberal economics is the antithesis of liberal or progressive political theory. These are the followers of Milton Friedman who introduced his economic concepts through The Chicago School, into Chile under Pinochet, and subsequently into Argentina — causing their financial collapse in 1999-2002.

The Bush administration had a go at this when they tried unsuccessfully to privatize Social Security. This approach is based on

These folks are still about, helping to write counterproductive health care legislation and studiously avoiding correcting the hemorrhaging of the Medicare Trust Fund.

One begins to wonder exactly who is in charge in Washington, and to whom our elected representatives are answerable. In the Senate we do have a few folks of good will, like Maria Cantwell, Bernie Sanders, Russ Feingold, Sherrod Brown, Al Franken, and Byron Dorgan. In the House of Representatives the 81-member Progressive Caucus functions under the leadership of such folks as Dennis Kucinich, Alan Grayson, Peter DeFazio, James McGovern, and other trustworthy colleagues. Our health care future depends on the honor and the tenacity of these few people.

The President has now sided with the Senate approach to paying for health care — taxing the working man’s health insurance. Why not increase taxes on the very wealthy as provided for in the House bill? Why are our elected representatives afraid to ask those whose incomes are in the top one percent to pay their fair share. And not just when it comes to health care; why are they procrastinating about renewing the inheritance tax and undoing the Bush tax cuts? To provide decent health care for all, and to provide the peace of mind that comes with knowing that such care is available, we will need additional taxation; however, let us make it fair and equitable.

At the present time the Senate bill, a completely inadequate bill, takes $500 billion of taxpayer money and hands it over to the private insurance industry, according to Dr. Steffie Woolhandler of Physicians for A National Health Program in an interview with Amy Goodman on “Democracy Now!” The Senate bill was written by Elizabeth Fowler who is a former vice president of WellPoint, the nation’s largest health insurance company. And this is the legislation that President Obama is arm-twisting the people’s representatives to adopt!

Dr. Woolhander also points out that the deal the President made with the drug companies required the industry to give up very little. They said that for Medicare recipients who are in the “doughnut hole,” they would make lower priced (brand name) drugs available. That is a very small share of the population. For others, who may be unable to afford expensive drugs, we got nothing from the pharmaceutical industry. It should be noted, once again, that the Senate voted down a bill sponsored by Senator Dorgan to allow the importation of lower priced drugs from Canada or Europe.

Ms. Goodman pointed out that the Massachusetts plan is being considered as a model for national legislation — which includes a mandate to buy private health insurance, with a fine of up to $1,068 for failing to do so. Yet much of the Massachusetts plan has been wildly expensive (in view of the fact that it is run by private health insurance companies).

According to the state’s report to the bond holders, it has cost $1.3 billion this year. The state has opted to pay for that by stealing money from safety net clinics and hospitals, so that safety net providers that care for the mentally ill and people with substance abuse, and provide primary care, have received decreased funding. Massachusetts now has the highest health care costs in the history of the world.

Bob Herbert pointed out in The New York Times that middle class families in 2008 actually earned less, adjusted for inflation, than they did in 1999. One out of eight Americans, and one out of four children, are on food stamps. There has been no net job creation between December 1999 and now.

The President and his economic advisers gratuitously provide the big banks with taxpayer funds, but only give lip service to the unemployed and underemployed. We find money for endless futile wars that accomplish little as far as national security is concerned and drive our nation deeper and deeper into debt. We can afford to subsidize the defense industries but can find little or no funding for decent health care, while our health care system ranks 37th worldwide according to the WHO.

One final thought, not related to health care, but pertinent to those of us who are still angry about the administration’s subservience to the big banks, and their immoral payment of bonuses with taxpayer money. Arianna Huffington, on The Huffington Post, suggested that we, the citizens, show our displeasure with the banking industry by transferring our savings to community banks, thus stimulating the local economies. The response has been remarkable.

The nation faces a critical week with the secret negotiations progress. We have reached, I fear, a point where all we can do is hope that some honorable elected representatives will stand up for the people of this nation, using such parliamentary maneuvers that are available, and stop the present rush to destruction that appears to be playing out in Washington.