FCC Warrantless Searches : Coming to a Home Near You? 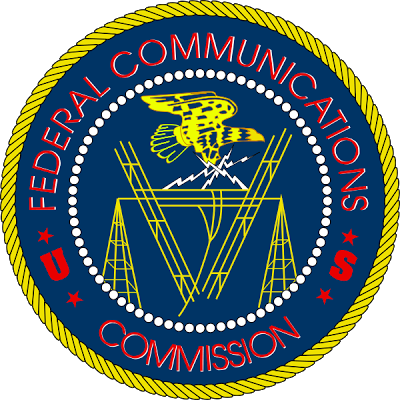 ‘Anything using RF energy — we have the right to inspect it to make sure it is not causing interference,’ says FCC spokesman David Fiske. That includes devices like Wi-Fi routers that use unlicensed spectrum, Fiske says.

You may not know it, but if you have a wireless router, a cordless phone, remote car-door opener, baby monitor or cellphone in your house, the FCC claims the right to enter your home without a warrant at any time of the day or night in order to inspect it.

That’s the upshot of the rules the agency has followed for years to monitor licensed television and radio stations, and to crack down on pirate radio broadcasters. And the commission maintains the same policy applies to any licensed or unlicensed radio-frequency device.

“Anything using RF energy — we have the right to inspect it to make sure it is not causing interference,” says FCC spokesman David Fiske. That includes devices like Wi-Fi routers that use unlicensed spectrum, Fiske says.

The FCC claims it derives its warrantless search power from the Communications Act of 1934, though the constitutionality of the claim has gone untested in the courts. That’s largely because the FCC had little to do with average citizens for most of the last 75 years, when home transmitters were largely reserved to ham-radio operators and CB-radio aficionados. But in 2009, nearly every household in the United States has multiple devices that use radio waves and fall under the FCC’s purview, making the commission’s claimed authority ripe for a court challenge.

“It is a major stretch beyond case law to assert that authority with respect to a private home, which is at the heart of the Fourth Amendment’s protection against unreasonable search and seizure,” says Electronic Frontier Foundation lawyer Lee Tien. “When it is a private home and when you are talking about an over-powered Wi-Fi antenna — the idea they could just go in is honestly quite bizarre.”

“The Supreme Court has said that the government can’t make warrantless entries into homes for administrative inspections,” Kerr said via e-mail, refering to a 1967 Supreme Court ruling that housing inspectors needed warrants to force their way into private residences. The FCC’s online FAQ doesn’t explain how the agency gets around that ruling, Kerr adds. 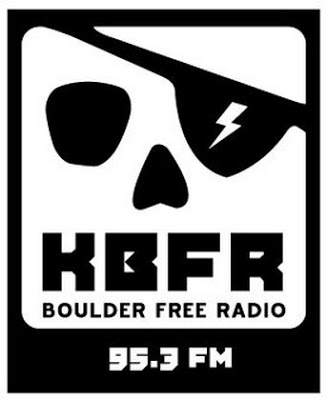 The rules came to attention this month when an FCC agent investigating a pirate radio station in Boulder, Colorado, left a copy of a
2005 FCC inspection policy on the door of a residence hosting the unlicensed 100-watt transmitter. “Whether you operate an amateur station or any other radio device, your authorization from the Commission comes with the obligation to allow inspection,” the statement says.

The notice spooked those running “Boulder Free Radio,” who thought it was just tough talk intended to scare them into shutting down, according to one of the station’s leaders, who spoke to Wired.com on condition of anonymity. “This is an intimidation thing,” he said. “Most people aren’t that dedicated to the cause. I’m not going to let them into my house.”

But refusing the FCC admittance can carry a harsh financial penalty. In a 2007 case, a Corpus Christi, Texas, man got a visit from the FCC’s direction-finders after rebroadcasting an AM radio station through a CB radio in his home. An FCC agent tracked the signal to his house and asked to see the equipment; Donald Winton refused to let him in, but did turn off the radio. Winton was later fined $7,000 for refusing entry to the officer. The fine was reduced to $225 after he proved he had little income.

Administrative search powers are not rare, at least as directed against businesses — fire-safety, food and workplace-safety regulators generally don’t need warrants to enter a business. And despite the broad power, the FCC agents aren’t cops, says Fiske. “The only right they have is to inspect the equipment,” Fiske says. “If they want to seize, they have to work with the U.S. Attorney’s office.”

But if inspectors should notice evidence of unrelated criminal behavior — say, a marijuana plant or stolen property — a Supreme Court decision suggests the search can be used against the resident. In the 1987 case New York v. Burger, two police officers performed a warrantless, administrative search of one Joseph Burger’s automobile junkyard. When he couldn’t produce the proper paperwork, the officers searched the grounds and found stolen vehicles, which they used to prosecute him. The Supreme Court held the search to be legal.

In the meantime, pirate radio stations are adapting to the FCC’s warrantless search power by dividing up a station’s operations. For instance, Boulder Free Radio consists of an online radio station operated by DJs from a remote studio. Miles away, a small computer streams the online station and feeds it to the transmitter. Once the FCC comes and leaves a notice on the door, the transmitter is moved to another location before the agent returns.

[This post was updated Thursday morning to include comment from Professor Kerr, and to remove an inaccurate example of unrelated criminal behavior.]