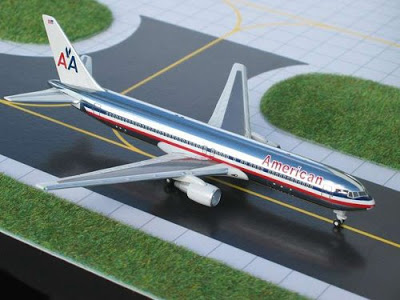 American Airlines and Northwest Airlines have raised their fuel surcharges for flights to Europe by an additional $20 per round trip, an air fare expert says. / Travel-Blog.

US economy begins collapse into a state of greater efficiency. And greater environmental sustainability too. A cutback in unneeded air travel due to soaring fuel costs has eliminated huge amounts of greenhouse gas emissions and thus reduced global warming.

You would think the world would be a better place with fewer insurance salesmen eating unhealthy overpriced food and schmoozing in Las Vegas, etc. But no, the special interests representing the hotels, restaurants and airlines seem to be quite unhappy about the environmental progress being made. This just shows you can’t please everybody.

Air travelers, tired of inefficient security screening, flight cancellations and delays, avoided some 41 million trips over the past year and that has cost the national economy $26 billion, a survey from the Travel Industry Association reveals.

“Many travelers believe their time is not respected and it is leading them to avoid a significant number of trips,” says Allan Rivlin, a partner at Peter D. Hart Research Associates. “Inefficient security screening and flight cancellations and delays are air travelers’ top frustrations.”

The survey of 1,003 air travelers–adults who had taken at least one roundtrip by air in the last 12 months–was conducted between May 6 and May 13 and has a margin of error of 3.2 percentage points.

TIA is a Washington D.C-based nonprofit that represents the travel industry and promotes increased travel to and within the United States.

See research at The Power of Travel.

This entry was posted in RagBlog and tagged Aviation, Economy, Energy, Global Warming. Bookmark the permalink.